TAMPA, Fla. – The USL Championship announced the Team of the Week for Week 30 of the 2022 regular season on Tuesday, with Detroit City FC midfielder Maxi Rodriguez voted the Championship Player of the Week presented by Konami eFootball.

Rodriguez scored two goals with his right foot and one with his head as Le Rouge fought through a downpour at Segra Field to pick up a 4-0 win over Loudoun United FC. Rodriguez also contributed five tackles and two interceptions, as well as blocking a shot. 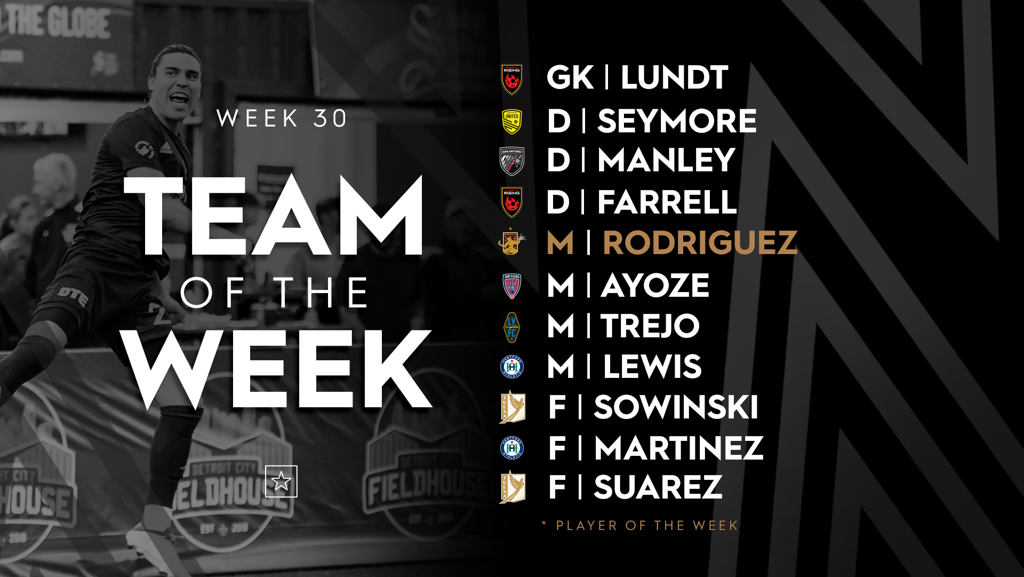 GK – Ben Lundt, Phoenix Rising FC: Lundt recorded a total of eight saves and one clean sheet across two matches as Phoenix earned a pair of wins to keep its season alive.

D – Joe Farrell, Phoenix Rising FC: Farrell recorded an astonishing 12 clearances, won 5 of his 6 duels, and completed 90 percent of his passes as Phoenix squeaked out a vital 1-0 road win over Sacramento Republic FC and then won all nine of his duels in a 5-1 victory over New York Red Bulls II.

M – Ayoze, Indy Eleven: Ayoze scored from a free kick and from the penalty spot to bag a brace in a 4-2 loss to FC Tulsa.

F – Ariel Martinez, Hartford Athletic: Martinez opened and closed the scoring in a two-goal outing as Hartford romped to a 6-3 win over Charleston.

F – Dario Suarez, FC Tulsa: Suarez scored a goal, assisted another and created three chances while completing 86 of his passes in a 4-2 road win over the Indy Eleven.