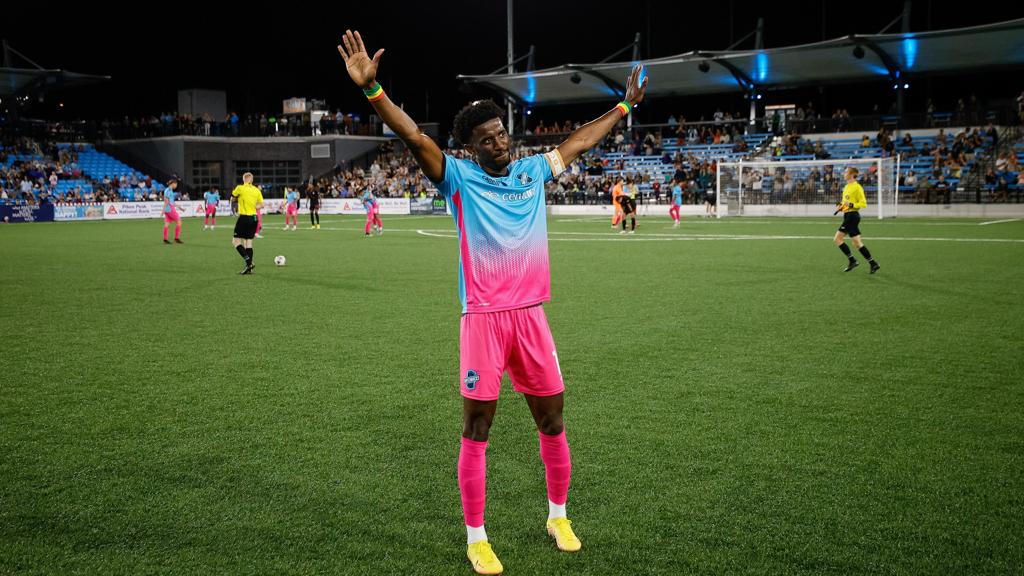 COLORADO SPRINGS, Colo. - Colorado Springs Switchbacks FC and USL Championship today announced the transfer of forward Hadji Barry to Egyptian Premier League side Future FC. The historic transfer marks the largest transfer fee received in USL Championship history. Per league policy, the details of the transfer will not be made public and is pending league and federation approval.

Barry spoke about the decision, that while difficult, was a life-changing and affirming decision for him: “Opportunities like this don't come often, so it was an easy decision for me to make, but bittersweet at the same time, because I really love this club, I love the organization, love my coaching staff, my teammates. I wouldn't be the player I am today without these guys, but God usually has other plans [for us] and we can't question that.”

He went on to talk about the impact Colorado Springs has had on him and his career: “I enjoyed the last two years of playing professional soccer, and I feel like it has been the best two years of my career, and I have been around the best people that I have met in my lifetime. I would like to make a special thank you to Brendan Burke, without him none of this would have been possible. That's the guy who believed in me from the first day I walked in here.”

In his inaugural season with the Switchbacks, Barry made an indelible impact on the team. In 32 regular season matches, Barry notched a massive league-best 25 goals, breaking the Switchbacks FC single season and individual overall records. Barry additionally earned a spot on the 2021 All-League First Team and was awarded the USL Championship Most Valuable Player award for the 2021 season.

In 2022, as captain, Barry helped lead the team to nine wins in their first 10 regular season games. Barry scored 16 goals and registered nine assists in 30 appearances this season.

"It has been a pleasure to work with Hadji for the last two years and I’m sure I will work with him again in some capacity," Head Coach and General Manager Brendan Burke said. "It is a difficult time in the season to give up such an important player, but this move also signifies a major step forward for the league and our club, as we already have a reinvestment plan for next year.

"We also want to be clear that we support this life-changing move for Hadji because of Hadji himself, the person, the professional.  He has produced so many special moments for this club and league and it is time for him to reap some of the rewards that come with the level of success he has achieved here. His teammates, the staff, and I will miss him but are happy and excited for him to take on his next challenge. We believe in our current squad and its ability to finish off what Hadji helped us start this year by going on a deep playoff run."

“Global football continues to recognize the high standard of play in the USL Championship,” said USL Sporting Director Mark Cartwright. “When Hadji Barry – our reigning MVP and a 29-year-old forward – goes abroad for a record fee, it means that the valuation for every player in our league has increased significantly. Clubs and leagues around the world are scouting the USL’s young prospects and our established stars – everybody’s watching now. On behalf of the League, I congratulate Hadji and Colorado Springs Switchbacks FC on this landmark achievement.”

"Hadji Barry is a Switchbacks legend after just two seasons," said Switchbacks FC President Nick Ragain. "Agreeing to his transfer at this moment in the season is the hardest decision I’ve been a part of. Barry has contributed even more than goals and assists to our organization. His relentless drive and strong character have helped inspired us to be a better organization in the process. We wish Hadji nothing but the best in his future endeavors."