Scholarship program developed by the USL, Kwik Goal, and U.S. Soccer to provide coaching opportunities for USL players and increase the diversity of coaching in the United States 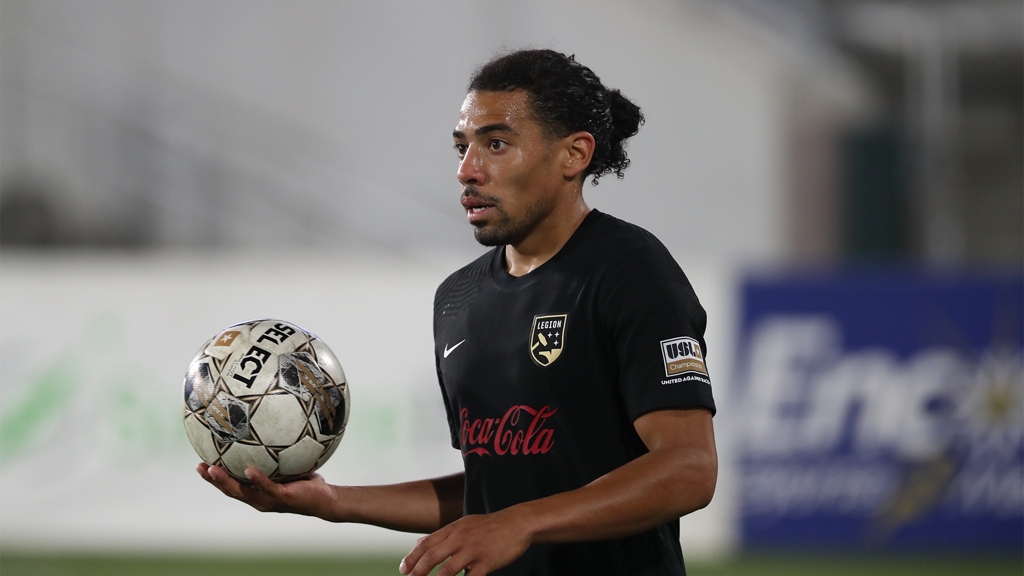 TAMPA, Fla. (August 22, 2022)—The United Soccer League announced today that Birmingham Legion FC defender Ryan James is the first recipient of a Coaching License Scholarship thanks to the support of USL partner Kwik Goal and U.S. Soccer. James will begin the U.S. Soccer “B” license course this fall.

The USL, Kwik Goal, and U.S. Soccer have collaborated on an exciting new scholarship program designed to address the historical lack of diversity within the coaching ranks in the United States. Scholarships will cover the full tuition costs for a U.S. Soccer coaching course for the “A” or “B” license. Following the awarding of the first scholarship to James, two additional scholarships will be awarded later this year.

James, a native of Mississauga, Ontario, has made more than 150 appearances in the USL since turning pro in 2016 after a stellar four-year career at Bowling Green State University. A natural left-sided player, he has suited up for the Rochester Rhinos, Nashville SC, and the Pittsburgh Riverhounds, in addition to his current club, Birmingham Legion. In two seasons with Birmingham, he has been a stalwart on the left side, making more than 60 appearances, and this year helping Legion FC clinch a fourth consecutive playoff appearance.

Kwik Goal became the Official Supplier of Goals, Bench Shelters, and Training Equipment for the USL in 2022. It is a Technical Partner and the Official Goal of U.S. Soccer.

Collaboration with the Black Players Alliance

To help award the first U.S. Soccer Coach License scholarship, the USL worked with the Black Players Alliance to identify diverse players who had applied to attain their U.S. Soccer “A” or “B” license.

In addition, the BPA has partnered with 2 Cents FC, a boutique content production company focused on amplifying Black and Brown voices in sports, to develop a content series to bring James’s coaching story to life. Through interviews, in-action footage, and archival content, the series will showcase James’s journey as a professional player, his ambitions as a coach, and the nitty-gritty of acquiring a high-level coaching license.

Having opened its doors in 1981, Kwik Goal was founded on the revolutionary concept of providing transportable soccer goals to every coach in an effort to make the beautiful game available to anyone, anywhere. For the last 41 years, Kwik Goal has worked to stay abreast of all the latest trends and provide soccer players on all levels with the highest quality goals and equipment.

About the Black Players Alliance

The Black Players Alliance is a nonprofit organization formed in 2020 with a mission of addressing inequity issues in the sport of soccer by providing access, support, and resources to those most in need. We are creating pathways that provide opportunities, from youth soccer all the way up to professional soccer. Our goal is to increase representation, develop more inclusive spaces, and cultivate diverse environments that create a foundation for continued growth of the game.