Pinzon scored twice to earn Player of the Week honors

TAMPA, Fla. – The USL Championship announced the Team of the Week for Week 29 of the 2022 regular season on Tuesday, with Rio Grande Valley FC midfielder Christian Pinzon voted the Championship Player of the Week presented by Konami eFootball.

Pinzon scored twice and created three chances for teammates in RGV FC’s 3-0 road victory over the Charleston Battery. Pinzon has now scored seven goals and recorded two assists in 10 appearances since signing with the Toros.

Pinzon earned 38 percent of the ballot to claim the award. San Antonio FC’s Sam Adeniran finished second on 23 percent after scoring SAFC’s game-winning goal against Sacramento Republic FC in a match that clinched the top seed in the Western Conference. 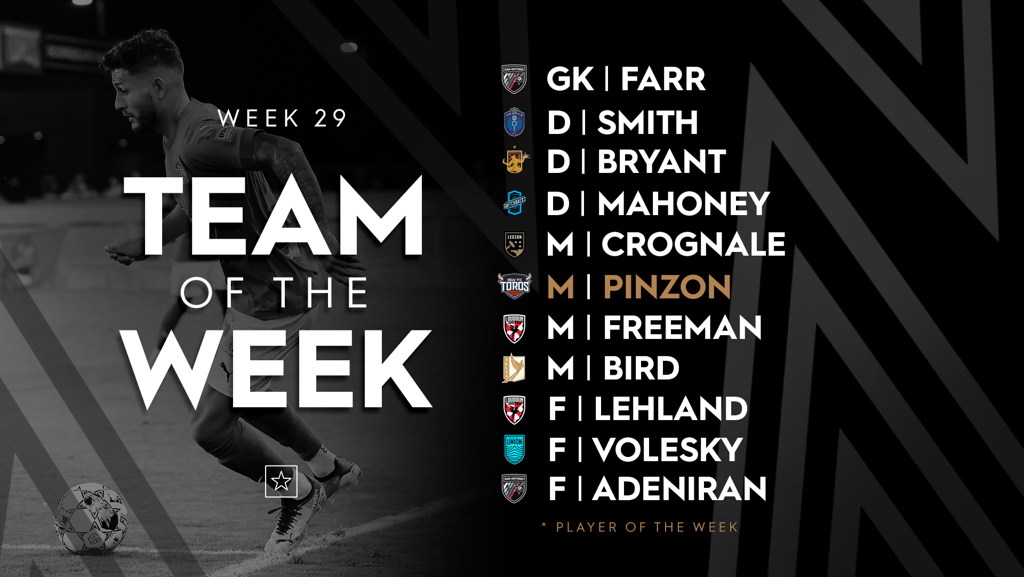 M – Tyler Freeman, Loudoun United FC: Freeman came off the bench in the 66th minute with Loudoun up 1-0 on Hartford. By the 74th minute, Freeman had scored twice to secure the 3-0 victory.

M – Eric Bird, FC Tulsa: Bird assisted a goal and then scored one of his own within a three-minute stretch of Tulsa’s 2-2 draw in Detroit.

F – Skage Simonsen Lehland, Loudoun United FC: Lehland contributed a pair of assists and created a total of four chances in his side’s 3-0 win over Hartford. Lehland then created another chance in a 1-0 loss to Indy.