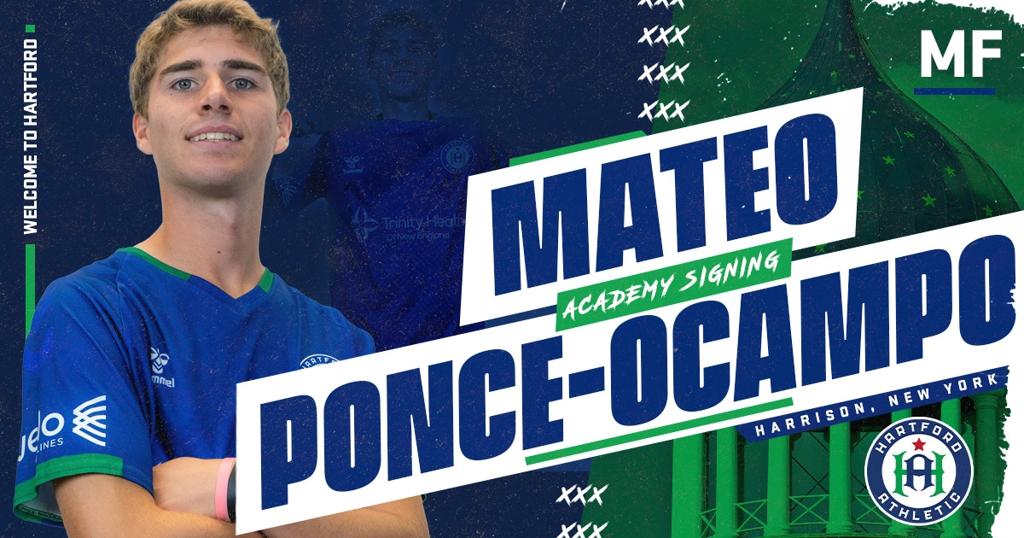 “These are two wonderful signings for our Academy,” said Technical Director Ray Reid. “Mateo and Dren will have the opportunity to train alongside our professional athletes and compete for minutes in the first team. Along with Pearse O’Brien, Damon Rouse, and Sebastian Pliszka, Mateo and Dren are prime examples of the talent that can develop rapidly through the professional environment that we provide. We couldn’t be happier to have them here.”

The USL Academy Contract allows both players to train and play for Hartford Athletic in the USL Championship while retaining NCAA eligibility. Ponce-Ocampo, an attacking midfielder, committed to play at Georgetown University in February of 2022.

“Mateo and Dren are impressive young talents,” said Hartford Head Coach Tab Ramos. “They are top players in their age group and have shown the potential to contribute at the first team level. As we continue to grow our academy system, these are two players we are very excited to bring into our organization.”

Dobruna and Ponce-Ocampo are the fourth and fifth USL Academy contract signings of 2022 for Hartford Athletic.