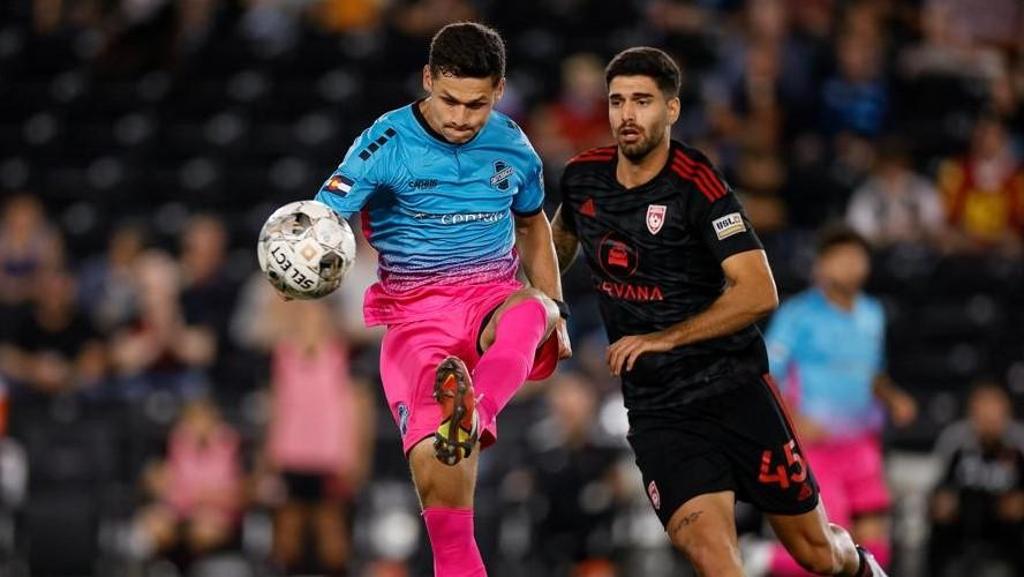 Born in Genoa, Italy, Repetto developed into a true No. 9 in Genoa's academy system. He earned loan moves to Serie D sides Rapallo Bogliasco, Lavagnese and Sestri Levante from 2014 through 2017. The 6'3" center-forward made 59 before moving across the pond to pursue a student-athlete journey in the United States.

Repetto joined Grand View University's men's soccer program ahead of its 2016 season. The Italian scored 18 goals and dished out nine assists in Heart of America Athletic Conference play. In 2018, Repetto scored 11 goals in 14 NPSL appearances for Med City and then transferred to Coastal Carolina University. There, he scored seven goals and notched one assist over two seasons, helping the side to consecutive Sun Belt tournament titles in 2019 and 2020.

The Italian striker signed with USL Championship's Charleston Battery in 2021. He went on to have a successful rookie campaign, scoring nine goals and producing three assists in 24 games. As a result, Repetto led the team in scoring and was named the club's offensive player of the year and newcomer of the year by the supporters.

The 25-year-old arrives at Miami from Phoenix Rising, where he earned eight starts and appeared in 20 contests. Repetto scored a goal against Las Vegas Lights and bagged another against San Antonio in the early stages of the season. Also, he dished out an assist to Kevon Lambert in Phoenix's 2-1 win against Miami FC in April.