Despite ceding possession, Toros held control in victory against Switchbacks to move into top seven of standings

As a general rule, Rio Grande Valley FC would rather have possession than not.

This season, the Toros have averaged 51.8 percent of possession per game and their passing success rate of 79 percent is above league average.

On Saturday night at home to Colorado Springs Switchbacks FC, however, Toros Head Coach Wilmer Cabrera believed a different approach was needed against a side it had failed to take victory against in their last six encounters.

“We did not want to give [the Switchbacks an] advantage where they are strong, on long balls and sprinting,” said Cabrera. “The entire week we worked to make sure that they did not have that type of space and we created space for ourselves. Today we sacrificed a bit of possession to make sure we had some space, and we took advantage of that.”

It worked to perfection.

Despite sitting below 40 percent of possession for only the second time at home this season, the Toros controlled proceedings and could have come away with a more comfortable win if not for a stellar display by Colorado Springs goalkeeper Jeff Caldwell, who ended the night with eight saves, and some key blocked shots by the Switchbacks’ defense.

At the same time, the hosts limited the Switchbacks’ potent attack to only two shots on target and kept their premium chances to a minimum. After conceding three times in their trip to Weider Field earlier this season, the defensive control the hosts were able to apply made for a frustrating night for the visitors, who were again denied as they looked to lock up their second consecutive postseason trip. 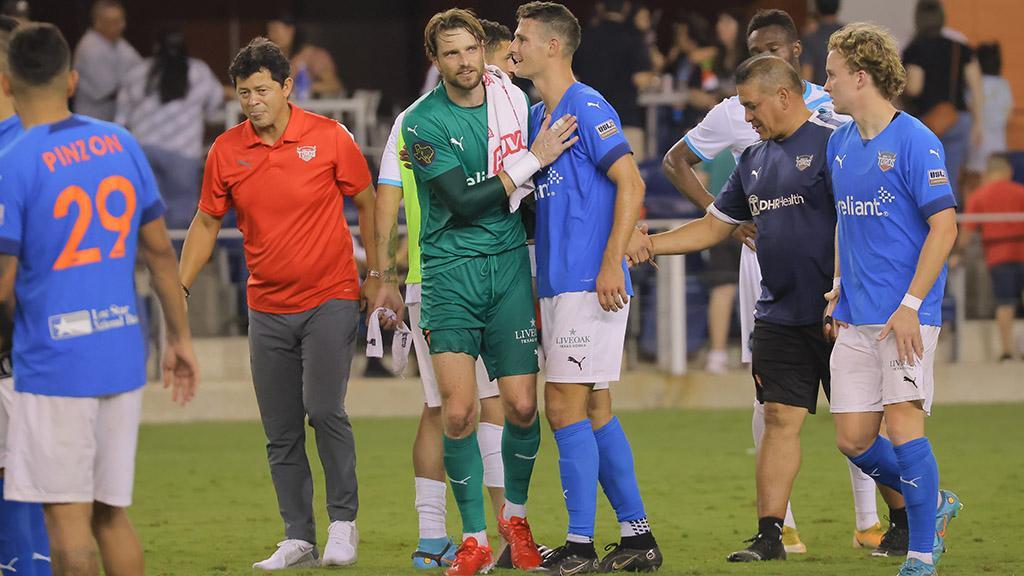 “If we are able to win games with the ball and without it, then we will be very hard to beat,” said Toros defender Akeem Ward. “We did not want to sit back as much as we did but, being able to get a result while not having the ball was definitely something that was important for us to feel comfortable in doing.”

The work for the Toros is far from over. After their victory on Saturday night, both Oakland Roots SC and Monterey Bay F.C. also picked up three points at home later in the night, leaving a four-point spread between the six teams in sixth and 11th position in the Western Conference standings ahead of the now 11th-placed LA Galaxy II’s clash with sixth-placed El Paso Locomotive FC on Sunday evening. RGVFC’s home finale against Monterey Bay on the final day of the regular season could end up being a playoff decider between two sides surging in form of late.

After just over a month ago having sat tied for the fewest points in the Western Conference, however, the Toros’ trajectory is one that has the side on course to be part of the postseason for a second consecutive year.

“We just placed ourselves in a situation in which we were dreaming and fighting for the whole season, now we cannot lose that position,” said Cabrera. “We are not going to relax here, we have to continue fighting because we know how good the other teams in the Western Conference are, we are all very close in the standings. We can’t relax one bit, and we will not do it.

“Of course, we are happy that we have won three games [in a row] but our focus is trying to perform the best way possible against Charleston [next Friday], for that the work starts today.”