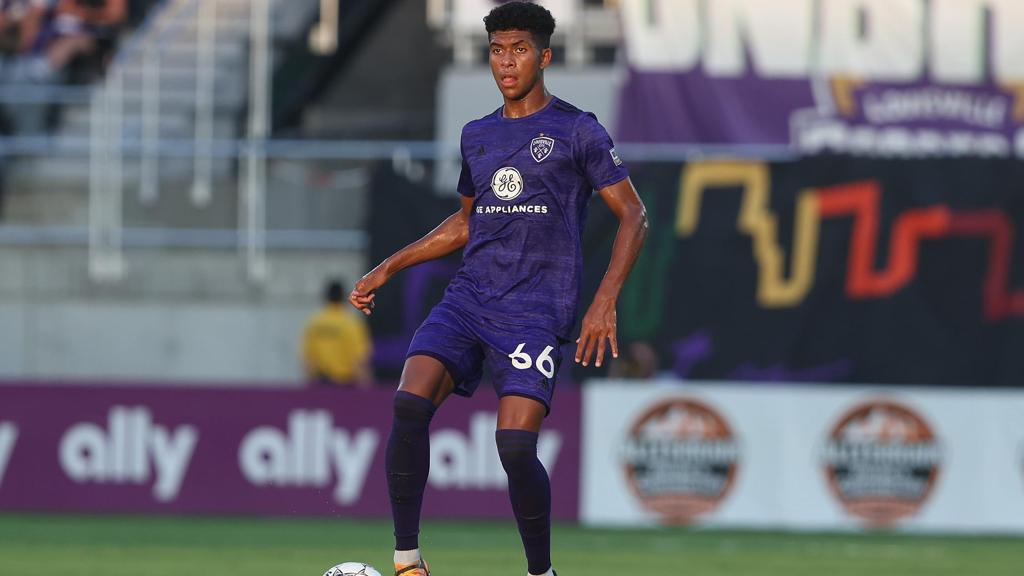 Louisville City FC's Josh Wynder has been selected to the United States U-19 Men's National Team for the fourth edition of the Slovenia Nations Cup, which kicks off next week. | Photo courtesy Em-Dash Photography / Louisville City FC

Louisville City FC’s Josh Wynder and Orange County SC’s Korede Osundina have been selected in the United States U-19s squad that will compete at the fourth edition of the Slovenia Nations Cup, which kicks off next Wednesday in Terme Catez, Slovenia

Wynder’s call-up is his third after being selected by coach Marko Mitrović for a training camp in April before earning his first USYNT caps in a pair of friendly wins over England and Norway in June. He wore the captain's armband in the victory over England.

“It’s always an honor to wear the crest, and I’m grateful for another opportunity to represent my country," Wynder said. "I wouldn’t be here without my teammates and coaches here in Louisville pushing me.”

Wynder will join the U-19s in Slovenia following Saturday's game against Loudoun United FC. Having battled an ankle injury since late July, Wynder recently returned in Saturday's scoreless draw at Pittsburgh Riverhounds SC, but the LouCity Academy graduate has been a mainstay in Head Coach Danny Cruz's back line in this season, making 17 appearances and recording his first professional goal in a July 2 victory against Birmingham Legion FC.

“This is another great opportunity for Josh to represent our country in some international matches,” said Cruz. “This call-up is a testament to his growth and the work that he continues to put in on a daily basis. We are looking forward to seeing him perform in these games and welcoming him back as we continue our push toward the playoffs.”

Osundina was also part of the group that took victories against England and Norway in June, recording a goal in the side’s 2-1 victory against England. The 18-year-old winger has recorded one assists and eight chances created in 16 appearances in the Championship this season after signing with the defending title holders for his first pro campaign this past January.