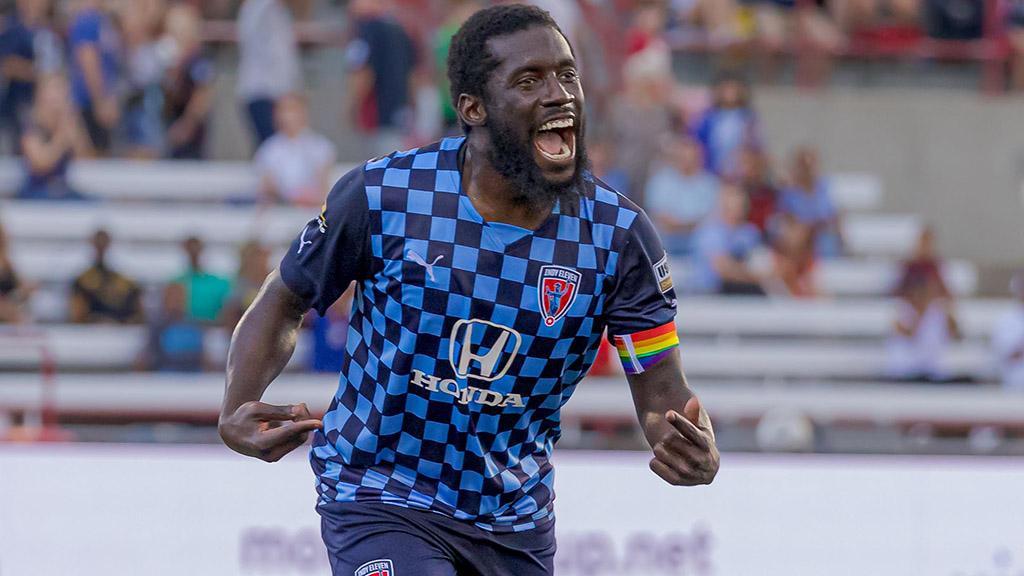 Indy Eleven's Neveal Hackshaw is among six players from the USL Championship and League One called up by Trinidad and Tobago for the King's Cup tournament in Thailand next week. | Photo courtesy Trevor Ruszkowski / Indy Eleven

Six players from across the USL Championship and League One including Indy Eleven’s Neveal Hackshaw, FC Tulsa’s Noah Powder and Memphis 901 FC’s Leston Paul have been named in Trinidad and Tobago’s squad to compete in Thailand at the King’s Cup, an invitational tournament that will see the host nation also welcome Tajikistan and Malaysia next week.

Trinidad and Tobago will face Tajikistan in the opening round of the tournament on Tuesday, Sept. 20, with the winner set to face the winner between Thailand and Malaysia in the Final on Saturday, Sept. 24.

Hackshaw is coming off a notable individual outing this past weekend in which the veteran recorded the first two-goal game of his career in the USL Championship in his 156th regular season appearance in the league. A two-time Championship All-League selection since joining the Boys in Blue before the 2019 season, Hackshaw has made 27 appearances for the Soca Warriors in his career and in June scored his first two goals for his country, finding the net against the Bahamas and St. Vincent and the Grenadines in Concacaf Nations League action.

Powder also started in three Concacaf Nations League games this past June alongside Hackshaw and scored twice in the side’s 4-1 victory against St. Vincent and the Grenadines on June 14 for his first goals at the international level in his 12th appearance. A two-time USL Championship title winner with the New York Red Bulls II in 2016 and Real Monarchs SLC in 2019, Powder has made 118 regular season appearances in the Championship in his career, recording 12 goals and eight assists.

Paul has been a key figure in Memphis’ success over the past two seasons, and this season has made 23 appearances for 901 FC and recorded five assists on 19 chances created while posting an 82.3 percent passing accuracy rate overall. The 32-year-old has made 28 prior appearances for the Soca Warriors internationally and made three appearances in the Concacaf Nations League in June.

Fortune has made 23 appearances for Atlanta United 2 in the Championship this season, recording one assist and 14 chances created. The 19-year-old recently signed as a Homegrown Player with Atlanta United FC for the 2023 Major League Soccer season and will look to add to his two senior appearances in Thailand.