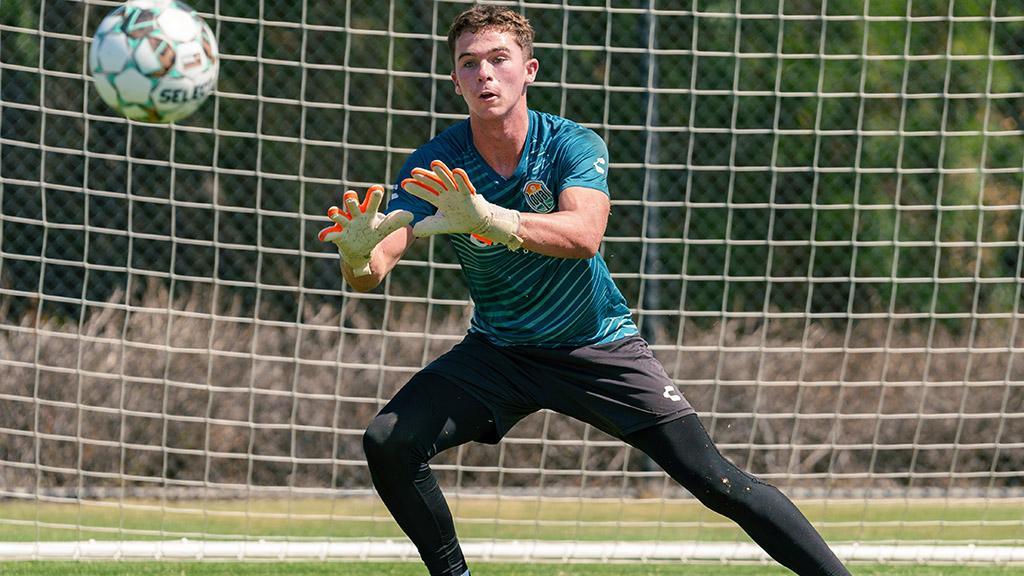 A standout at San Diego Surf Soccer Club, the 4S Ranch native joined the inaugural Loyal Select program on April 22, 2021, shortly after the player development initiative was announced three months prior. After a standout season with Loyal Select, Ferree signed a USL Academy contract on this past January 28, ahead of the 2022 USL Championship season. Training every day with the first team, Ferree has continued to reach new heights and earned his first inclusion in the SD Loyal 18-man roster on April 30 for the club’s regular season contest at the Tampa Bay Rowdies.

SD Loyal Team Manager and Executive Vice President of Soccer Operations Landon Donovan has seen first-hand Feree’s accelerated progression and is proud of the 15-year-old’s dedication and commitment along the club’s professional pathway.

“Since we established the Loyal Select program and have now signed seven youth players to USL Academy contracts, our objective has remained unchanged — our goal has always been to provide a platform for our region’s top youth players to maximize their development and reach their highest potential to ultimately one day play for SD Loyal,” Donovan said. “Duran is the first of many talented players that our club will continue to develop and sign to a professional contract.”

The Loyal Select academy program supported by Rady Children’s Hospital, gives top youth players representing regions and clubs around San Diego County the opportunity to train and compete in a professional environment and provides a clear path to the SD Loyal first team. While remaining with their respective youth clubs for training and matches, Loyal Select players get the unique opportunity to compete in a full USL Academy League season, facing elite talent from across the country.

“San Diego has never before had a professional pathway for its elite youth soccer players,” said SD Loyal President Ricardo Campos. “The dedication from our coaching staff, led by Landon Donovan to develop the next generation of local talent is unmatched. With the tremendous support and vested interest in growing the game from Rady Children’s Hospital, we will continue to be committed to authentically representing San Diego by providing young men with the tools to become better people and better players.”

As a member of Loyal Select, Ferree posted two clean sheets in 2021 and has so far allowed zero goals in six starts in 2022. For the 2021-2022 youth soccer season, Ferree was selected as the ECNL Boys Southwest Conference U16 Player of the year as well as an All-Conference First Team selection. Before he was named to the inaugural Loyal Select roster, Ferree helped lead San Diego Surf to the U15 Boys Dallas Cup Championship at the end of the 2020-2021 season. The local squad ultimately fell to MLS Academy side FC Dallas, but Ferree had a standout performance, including four saves in the opening half.

“This has been an incredible journey for me and my family,” Ferree said. “It’s a dream come true to be able to play professional soccer for my hometown club and it’s an honor to represent San Diego Loyal. From the club to the staff, SD Loyal is the right place for me to continue developing into the best player I can be.”