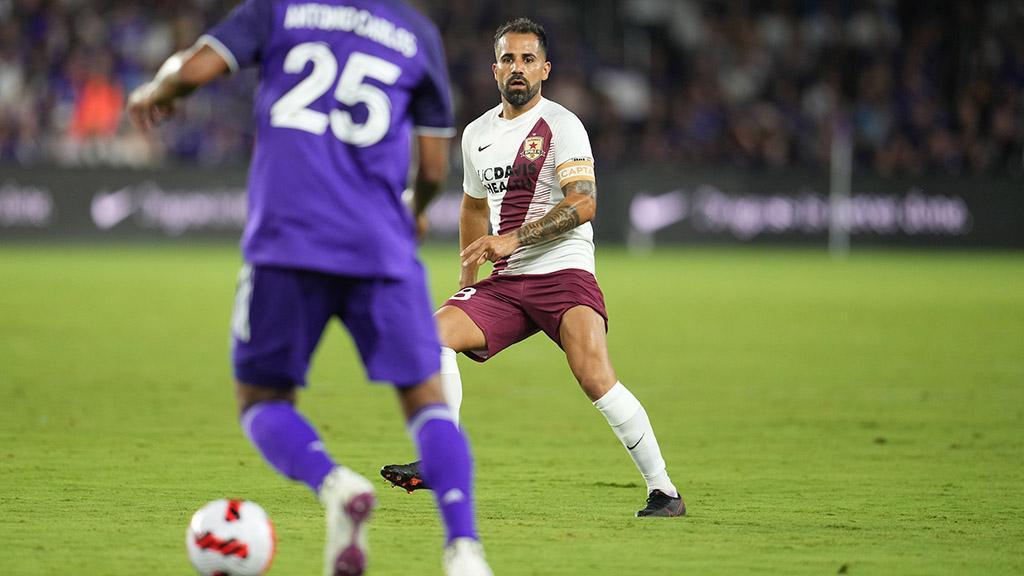 ORLANDO, Fla. – All good things must come to an end.

A pair of late goals by Orlando City SC’s Facundo Torres brought the USL Championship’s Sacramento Republic FC’s hopes of becoming the first lower-division side to claim the Lamar Hunt U.S. Open Cup this century as the Lions pulled away for a 3-0 victory before a sellout crowd of 25,527 at Exploria Stadium on Wednesday night.

The margin of the result belied the game, which proved tight throughout as Sacramento held its own beyond the opening hour before Torres broke the deadlock on the Lions’ first shot on target of the game.

Neither side was able to take control early on, with a warning shot by Torres that looped over the crossbar from 20 yards the first real chance for either side in the eighth minute. The Lions then looked for joy on the flanks, and Sacramento’s Dan Casey made an important headed clearance in the 18th minute as Orlando threatened from the right. A couple of minutes later, the hosts pulled off a good training ground set piece routine to create another chance from the left only to see Ivan Angulo’s redirection of Antonio Carlos’ header to bounce wide of the left post.

Sacramento tried to find its own rhythm in possession, especially aiming to find success on the right through Jack Gurr, but the first opportunity for the visitors came via a good midfield challenge. Casey won possession as he picked the pocket of an opponent just inside Orlando’s half and quickly found Maalique Foster, who cut onto his left foot past a defender but shot just wide of the right post from the top of the penalty area.

As it looked to find its own measure of possession, though, Republic FC almost played its way into difficulties late in the half and was forced to scramble and block chances for Mauricio Pereyra and Torres twice before getting into the halftime break scoreless as the Lions pressed in the final 10 minutes of the half.

Republic FC came out with more confidence to start the second half, and just before the hour mark a good piece of interplay between Keko and Foster almost sprang Gurr into the penalty area on an underlapping run from the right, only for Orlando to intercept the pass and cut off the chance. The visitors then registered the first shot on target for either side with 16 minutes to go as Douglas Martinez’s flicked header off an angled cross by Rodrigo Lopez from the right channel was saved by Orlando’s Pedro Gallese.

A minute later, however, Orlando grabbed the lead as the hosts caught out Sacramento in its defensive third. Pressure from Angulo forced a turnover from Casey in the right side of the penalty area, and after Angulo slipped a pass to Benji Michel inside the box, the Orlando native found Torres for a first-time shot at the top of the penalty area that curled into the top-left corner of the net.

Four minutes later, things went from bad to worse for the visitors as Michel – introduced as a substitute just past the hour-mark – got in behind the Sacramento defense on a long ball upfield. After heading over Republic FC goalkeeper Danny Vitiello as he came off his line, Michel was brought down by Casey for a penalty kick. Torres shot to the right corner to convert from the spot, and the Uruguayan almost completed his hat trick moments later with a shot that flashed just wide of the right post.

Sacramento almost grabbed a lifeline with three minutes to go as Lopez flashed a shot from 30 yards just wide of the right post with Gallese flat-footed, but time ran out on the visitors’ historic run as Orlando claimed its first silverware since the 2013 USL Championship Final behind Torres’ star turn.