From the soccer wilderness to Open Cup hero, the 35-year-old is now set for the game of his life 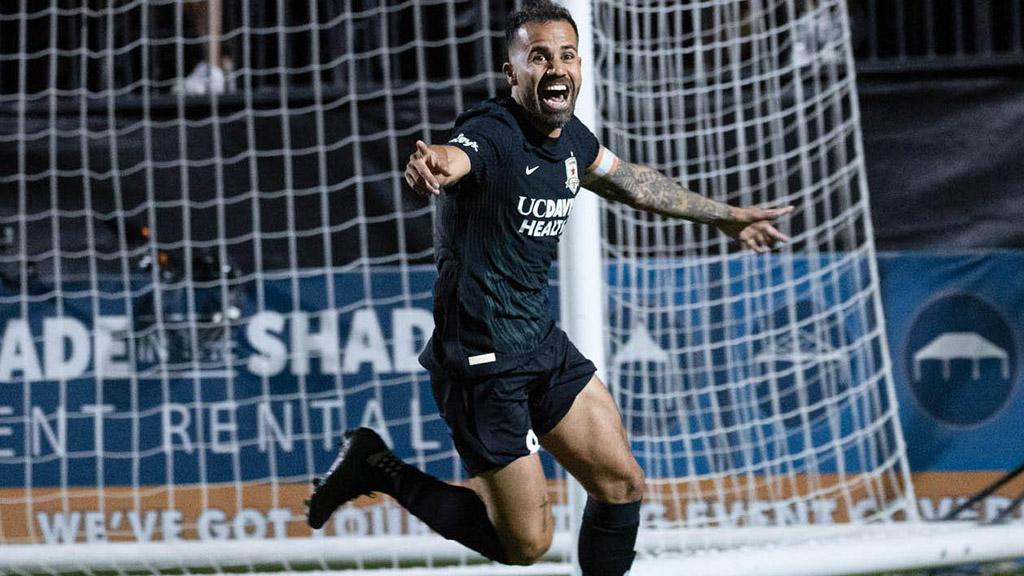 Sacramento Republic FC President Todd Dunivant was standing on the sidelines at Heart Health Park when it happened.

How he felt watching Rodrigo Lopez walk forward from the center circle to take a potentially decisive penalty kick in the Semifinals of the 2022 Lamar Hunt U.S. Open Cup against Sporting Kansas City said everything about Lopez’s place in Sacramento Republic FC’s history.

“I was standing with our chaplain, Robert Briggs,” said Dunivant. “You saw Roro walking up, you know he’s going to make it. So, we took a minute and we said ‘hey, we're about to win, we’re about to go to U.S. Open Cup Final.’ We took a look around the crowd, which is going absolutely berserk, and just took in that moment. It was special.

“Sure enough, he did exactly that.”

You would have been hard-pressed to find anyone inside Heart Health Park – or any Republic FC fan watching on television – who didn’t share Dunivant’s sentiment.

Since becoming the club’s first signing prior to its inaugural 2014 season, Lopez has become the face of Republic FC. That’s never been more the case than this season, which has seen the 35-year-old lead Sacramento to the Open Cup Final on Wednesday night against Orlando City SC at Exploria Stadium. 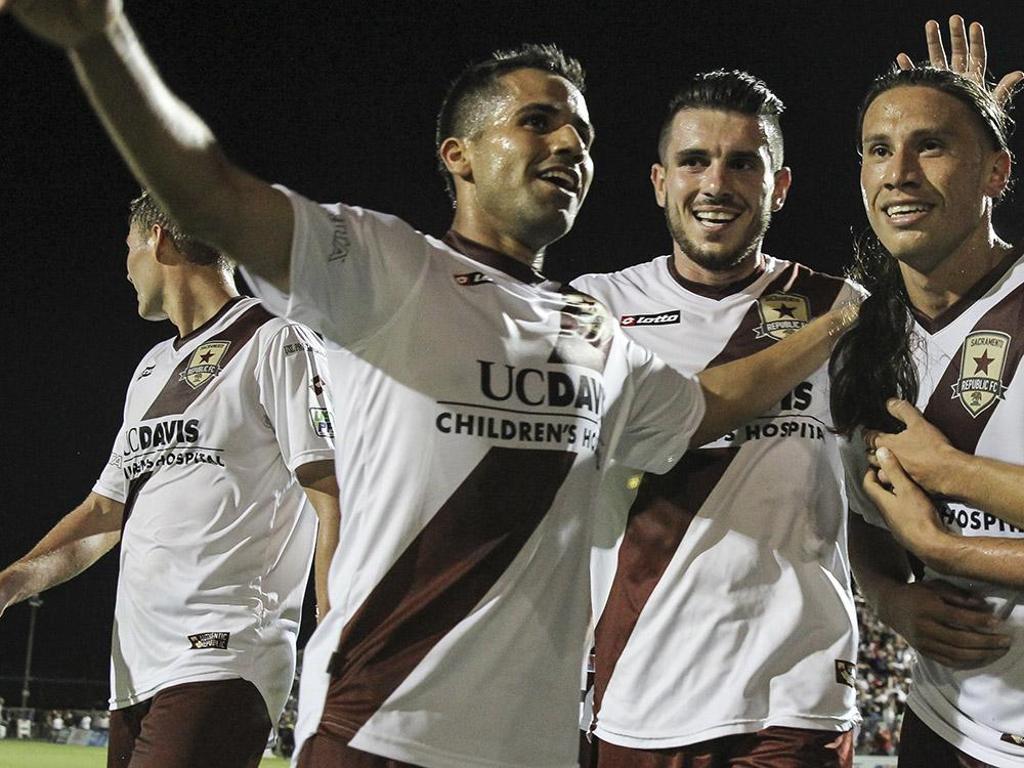 Through three separate stints, Lopez has embodied what Republic FC represents in the national landscape: the underdog fighting for respect, and for success.

It’s a perfect coincidence, then, that the biggest game of his life brings Lopez face to face with one of the clubs from prior to his ascendance as a club legend in Sacramento.

Ten years ago, the attacking midfielder joined Orlando City SC midway through the USL Championship season. At the time, it was another attempt to revive a career that had shown promise but had foundered.

A native of Mexico who grew up in California, Lopez was a United States U-20 international who played in the same cycle as Michael Bradley and Jozy Altidore in 2006-07. He turned professional at 18, joining the fledgling Chivas USA in Major League Soccer in its inaugural season from the club’s Academy in Guadalajara.

He immediately became the youngest player by a wide margin on a team populated by veterans and first-year pros coming out of college soccer careers, and it showed.

“I've always had the talent, I believe,” said Lopez. “Mentally, I think it was tough. A tough process. You know, back in the day, you didn't get so many young players on MLS rosters. The youngest players were maybe 22 coming out of college. So, for me being a teen, it was difficult.”

There were benefits. As a youth international, Lopez credits the professional environment with accelerating his progression. At the same time, in hindsight, his immaturity saw him fail to take full advantage.

“I know what I could have done better,” said Lopez. “That I was probably wrong, or I didn't take my job the way I should have.”

Even in that knowledge, Lopez doesn’t have regrets about the first half of his career, which saw him bounce from clubs as varied as Major League Soccer’s Portland Timbers FC and USL League Two’s Ventura County Fusion between his departure from Chivas USA in 2007 and his arrival in Sacramento seven years later.

“The paths that I've that have gone through, all the challenges, all the struggles, you know, knocking on doors, asking for opportunities, coaches saying no to me, I mean, that’s all part of the learning process,” said Lopez. “And part of what made me the player that I am now.”

Upon his arrival in Sacramento – facilitated by former Republic FC Technical Director Graham Smith, for whom Lopez played in Ventura County – everything fell into place.

In Republic FC’s inaugural season, Lopez recorded 13 goals and 10 assists across the regular season and playoffs and delivered the first signature moment in both his and the club’s history. The “Miracle at Bonney” – in which Lopez scored a second-half hat trick capped by a free kick in second-half stoppage time to send Republic FC to a comeback victory against the LA Galaxy II in the Semifinals of the USL Championship Playoffs – remains one of the all-time postseason performances in league history.

“The first time I came out here, the press conference happened, the fan base you could tell was unreal,” said Lopez. “It was going to be obviously top in the USL. What we showed in in 2014, and what the fan base showed in 2014, just made me made me fall in love with the city.”

After two seasons, Lopez headed south to pursue top-flight soccer in Mexico. He achieved that, first on loan with historic club Toluca and then, after the suspension of promotion and relegation in LigaMX closed the door to second-tier Celaya FC earning the move up, with Veracruz.

Still, when Lopez was going to return to the U.S., the aim was always to come back to Republic FC. After a disappointing abbreviated 2020 season, Lopez sparkled in leading Rio Grande Valley FC to the postseason in 2021, and as Sacramento rebuilt its squad last offseason bringing Lopez back for a third stint became a high priority.

“We made a deal with RGV to bring him back and he is, I would say, playing the best soccer of his entire career at the age of 35,” said Dunivant. “He's been tremendous for us. He's been good on the field, but also off the field as a leader, really galvanizing our team and leading our group.” 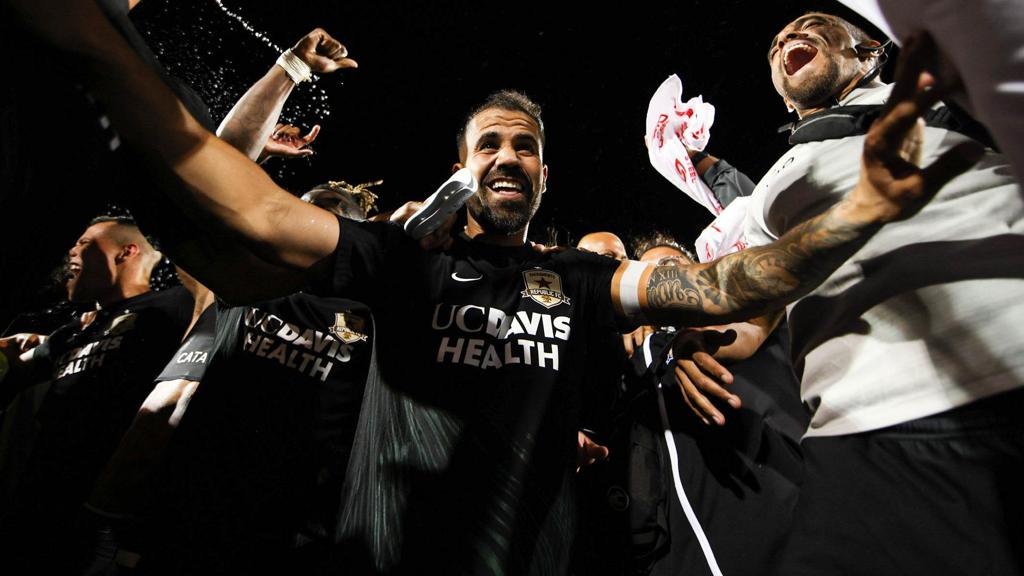 That presence has been crucial to Sacramento’s Open Cup run, where Lopez enters the Final tied for the tournament lead with four goals. After finding the net against both the San Jose Earthquakes and LA Galaxy, Lopez is set to lead Republic FC onto the field Wednesday night for the game of his life.

“For him to reach this moment with Sacramento Republic, where he has so many so many storied accomplishments, so many historic moments, obviously it’s fantastic for him,” said Republic FC Head Coach Mark Briggs. “It’s fantastic for the club to have somebody of cult hero status, of club legend status, walk us out in the biggest game in the club’s history. It’s fantastic for everybody involved.”

Briggs believes Lopez still has much to offer beyond this season, with his professionalism and brilliant soccer mind keeping him one step ahead of the pack. Even now as he plays alongside 17-year-old USL Academy signing Tiago Suarez – the son of Lopez’s Chivas USA teammate 17 years ago, Ryan Suarez – there’s still more to achieve.

At the top of that list, of course, is completing the latest chapter in Republic FC’s, and his own, remarkable story.

“[If] we win this Open Cup, for me personally, I think this team will go down as the best team in USL history,” said Lopez. “Obviously, it would mean a lot, and to be part of one of those teams that could win the Open Cup and make history is something we all live for, kind of like in a movie. It's one of those Disney movies where the underdog is lifting the cup.