Quality, character have been calling cards as Sacramento takes aim at historic achievement in Orlando 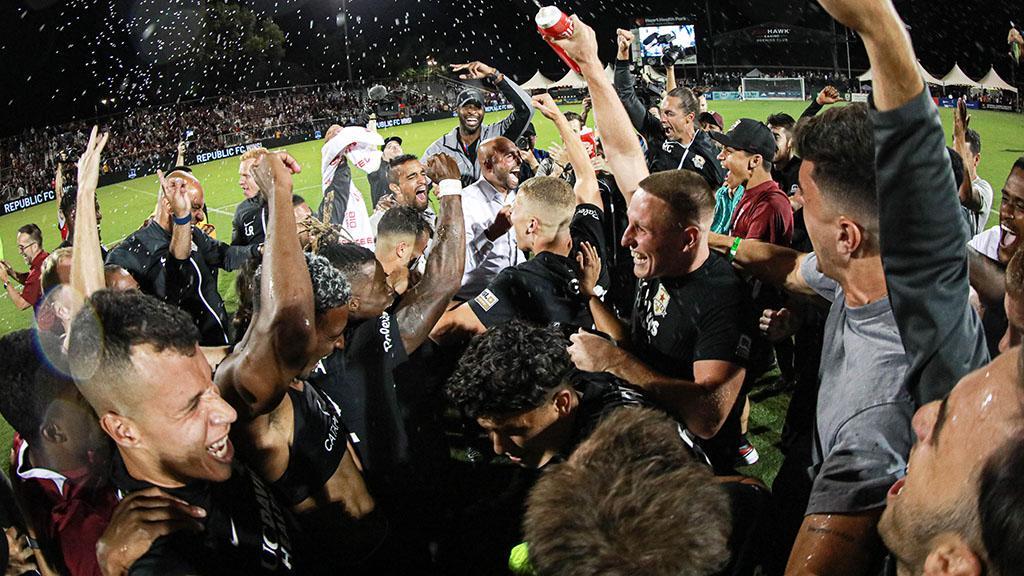 If you’re an American soccer fan, you probably know the last lower-division team to win the Lamar Hunt U.S. Open Cup was the Rochester Raging Rhinos – then of the USL A-League – in 1999.

But what if we look further afield to some of the typical strongholds of the world’s game?

Did you know the last team to win England’s F.A. Cup as a lower-division team was West Ham United in 1980?

How about Italy, where S.S.C. Napoli was last lower-division winner of the Coppa Italia in 1962?

Or the Copa Del Rey in Spain, which has never been won by a lower-division club since the formation of La Liga in 1929?

By any measure, what the USL Championship’s Sacramento Republic FC could accomplish in the 2022 Open Cup Final against Orlando City SC next Wednesday night is extraordinary.

“When you put it like that, it brings home the reality and what the guys have accomplished in reaching the Open Cup final this year,” said Republic FC Head Coach Mark Briggs when given those numbers recently. “You don't realize, you know? You don't really have time to think about the things you’re doing with the season just ongoing, game coming after game after game, whether that be league or Open Cup. When you listen to those numbers, it certainly makes you sit back and give the guys a pat on the back for what they’ve accomplished this year.”

So, why this team, and why now?

You can start with the talent the club assembled in the offseason. Republic FC overhauled its squad, starting with the return of captain Rodrigo Lopez and veterans Matt LaGrassa and Nick Ross as part of a new midfield contingent built around the returning Luis Felipe Fernandes. 2020 Championship Golden Glove winner Danny Vitiello was signed to man the net.

But as important as the on-field qualities those players brought were, it’s been matched by the personality of the group in the locker room, holding one another accountable to high standards, that has been key to the club’s success. 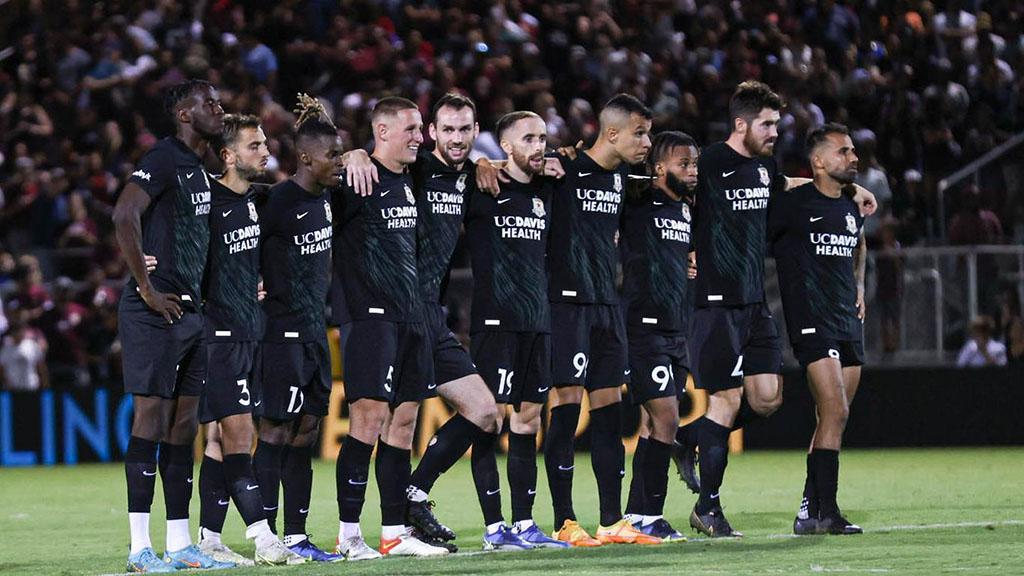 “There's a reason we’re on this run,” added center back Conor Donovan. “It’s because we’re such a tight-knit group, and really proud to represent Sacramento.”

The bond running through the team was sharply in focus for Briggs during the club’s Quarterfinal against the LA Galaxy at Dignity Health Sports Park. After taking an early lead on Lopez’s fourth goal of the tournament, an own goal brought the Galaxy level inside the opening 20 minutes.

Republic FC’s resolve in the moments that followed spoke volumes.

Fernandes’ long-range strike – his third game-winning goal of the tournament – sent Sacramento through. It was followed by the drama of one of the most memorable penalty shootouts of recent memory against Sporting Kansas City at a raucous Heart Health Park earned Republic FC a place in the Final.

The year couldn’t have been drawn up better for Donovan, inspired both by the culture Briggs and President Todd Dunivant were aiming to instill, and the big-game potential a club like Sacramento offered when he joined this offseason.

“You play in Heart Health Park and it’s probably, in my opinion, the top atmosphere in the USL,” said Donovan, who will face the side that selected him in the 2015 MLS SuperDraft next Wednesday. “When I was deciding this offseason, my first thought was I really want to play in those big games. I want to be a part of a team that's going to make playoff pushes and have Open Cup runs and playing in front of great crowds.”

A college basketball fan growing up, Donovan compares the side’s run to the underdogs that make names for themselves each year in March Madness, acknowledging the game against Orlando will be the most difficult the side faces this year.

As history tells us – both in March Madness, and other Cup competitions around the world – the underdog almost never ends up a winner.

It knows those odds, and Republic FC is here to write a different ending.

“Everybody loves an underdog story. Everybody loves the Cinderella story, and we’re fortunate that we’re living that story right now,” said Briggs. “We believe we can do it. But we have to put the work, and the focus, and the energy into the process.

“And then hopefully that process ends in the result of a U.S. Open Cup.”