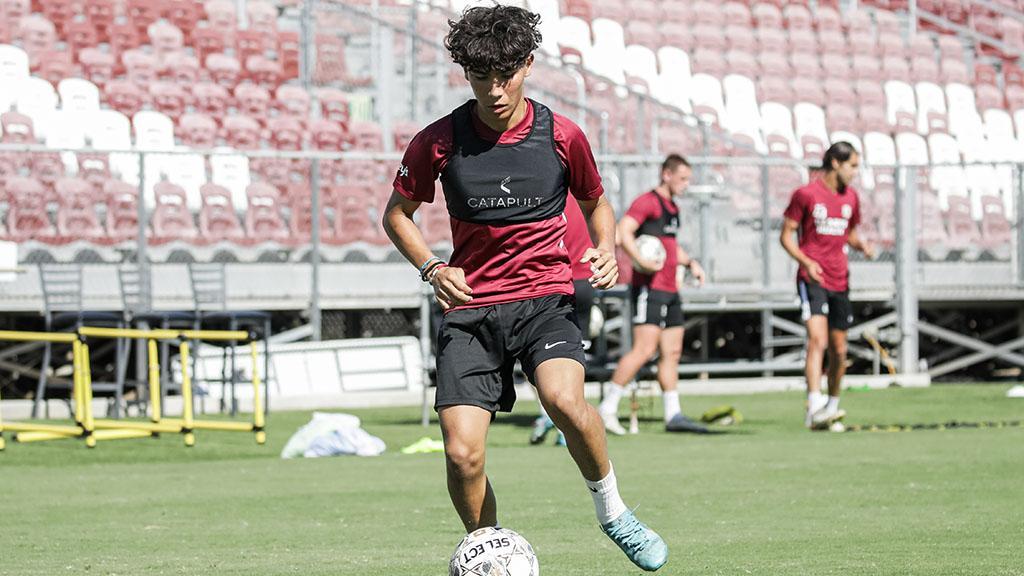 SACRAMENTO, Calif. – Sacramento Republic FC announced on Friday the club had added Jose Ponce as a USL Academy signing to the club’s First Team roster. Ponce is the 10th player to join Republic FC’s USL Championship squad this season as a USL Academy signing and will be available for selection in the club’s league contest on Saturday against Louisville City FC at Lynn Family Stadium.

“Jose has earned this opportunity to join the First Team roster,” said Republic FC President and General Manager Todd Dunivant. “The depth and quality of our Academy has been a big benefit to the club throughout this season as we’ve leaned on our young players for important minutes.”

Ponce joined Republic FC’s youth academy in 2017 after previously featuring for Davis Legacy. During the 2021-22 season, he led all players on Sacramento’s U17 squad in appearances (23), minutes (1,751), and scored six goals as the team finished the regular season unbeaten and secured a second consecutive berth in the MLS NEXT Cup Playoffs.

The Vacaville, Calif. native becomes the 27th player all-time to rise through the ranks of the club’s youth system and earn a USL Academy contract. The trio of JP Cortez, Fernando Vegenas and Tiago Suarez have seen action for Republic FC this season, combining to record 273 minutes and 11 appearances.