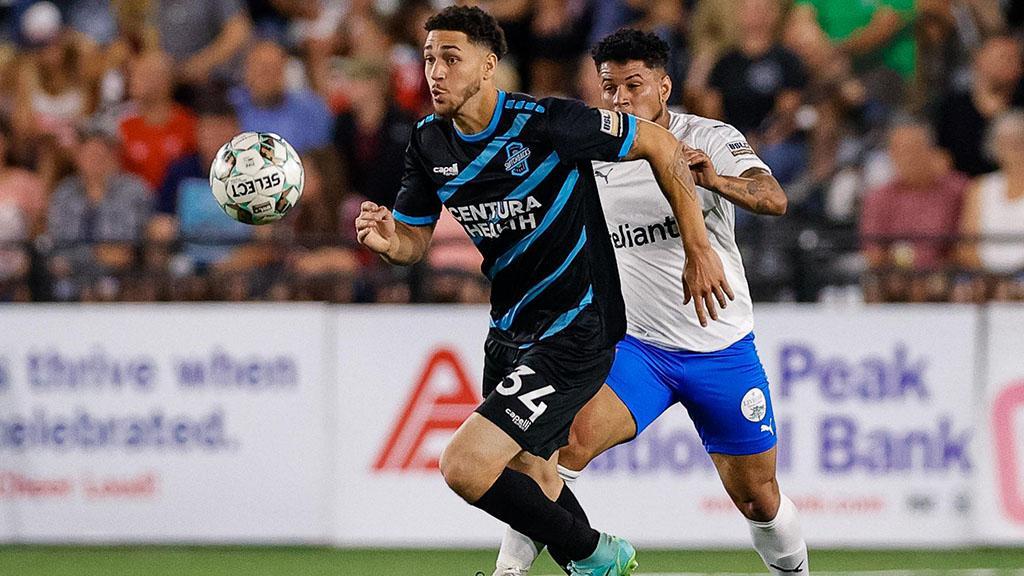 COLORADO SPRINGS, Colo. – Colorado Springs Switchbacks FC announced on Tuesday the club had acquired defender Michael Edwards on loan from the Colorado Rapids of Major League Soccer. Per league policy, the details of the loan have not been made public and the transaction is pending league and federation approval.

Under the terms of the loan agreement, the Rapids retain the right to recall Edwards at any point during the remainder of the MLS regular season, subject to all MLS roster compliance guidelines.

“Mikey [Michael Edwards] was a big part of our team last year and will be a big boost to our roster during our playoff push,” said Switchbacks Head Coach and General Manager Brendan Burke. “His commitment, athleticism, and passing ability will be a welcome addition to the group.”

Edwards joined the Switchbacks on loan previously in March of 2021 and made 24 appearances with for the club, helping it earn a place in the USL Championship Playoffs. The 21-year-old notched two goals, one assist, and won 102 duels at a 58.3 percent success rate while recording a passing accuracy rate of 85 percent.

Edwards joined the Rapids in March 2021 from German side VfL Wolfsburg after Colorado acquired his Homegrown Priority from D.C. United. Edwards made 14 appearances for Wolfsburg’s U-19s before being promoted to Wolfsburg II in the Regionalliga Nord, the German fourth tier, in July 2019. Edwards made 17 appearances for the reserve side, all of them starts, and trained with Wolfsburg’s Bundesliga squad during his time with the club.

“I'm excited and honored to wear the Switchbacks jersey again!” said Edwards. “I can't wait to get started and be a part of this special group.”