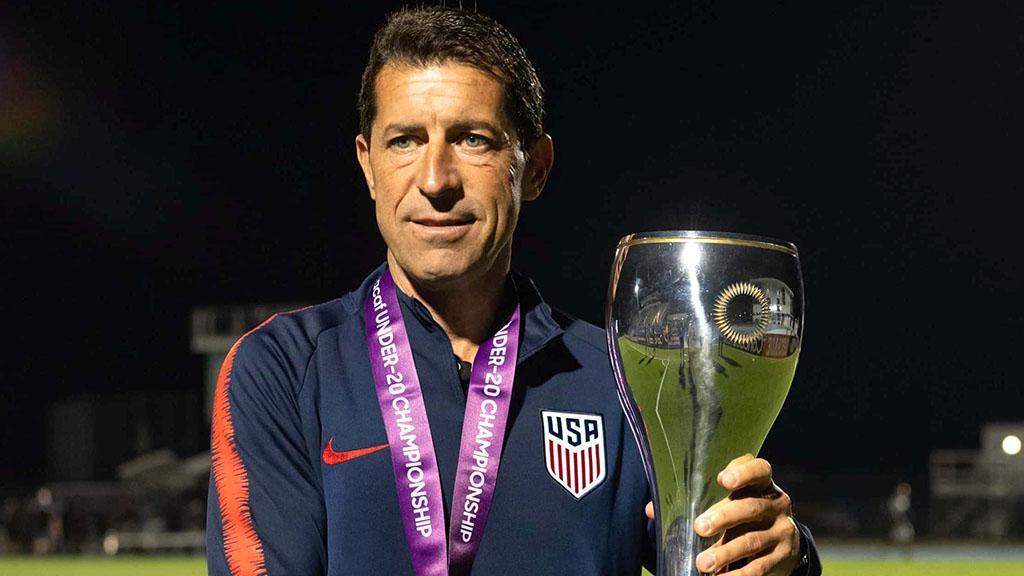 HARTFORD, Conn. – Hartford Athletic announced on Monday the club had appointed U.S. Men’s National Team legend and National Soccer Hall of Famer Tab Ramos as its new Head Coach. An iconic name in American soccer, Ramos boasts one of the most impressive resumes in North American soccer as both a coach and a player.

Additionally, Ramos served as an Assistant Coach to Jurgen Klinsmann for the 2014 FIFA World Cup campaign in Brazil, where the U.S. Men’s National Team advanced to the Round of 16. Ramos most recently worked as the Head Coach of Major League Soccer’s Houston Dynamo over the past two seasons.

“Tab Ramos is a giant in American soccer and among the most highly regarded coaches in the country. We are thrilled to have him as our Head Coach,” said Hartford Athletic Chairman Bruce Mandell. “Our goal is to bring championships to Hartford, and there is no coach better suited to get us there than Tab Ramos. He raises the bar for our technical staff and soccer operations and will provide critical direction to our expanding youth academy program. I look forward to seeing Tab and Technical Director Ray Reid work together to take our club to the top.”

“I am honored to be named the Head Coach of Hartford Athletic. I want to thank Bruce Mandell and the entire ownership group, Ray Reid, and the whole Hartford Athletic organization for partnering with me on this exciting opportunity,” said Ramos. “Hartford Athletic is a project with endless potential, and I am so impressed by the passionate fan base we have here already. We are all hungry and motivated to see our team succeed, and the entire organization from ownership on down is determined to invest in our club and win. We have all the building blocks to be successful, and I am ready to get to work.”

Ramos will begin coaching on September 1st. His first match as Head Coach will be on September 10th when Hartford hosts FC Tulsa at Trinity Health Stadium at 7 p.m. ET. Technical Director Ray Reid will continue to lead Hartford Athletic until Ramos assumes his duties.

“Tab Ramos is a historic figure in American soccer and his many years as a player and coach give him a deep knowledge of how to get the best out of our athletes. We are extremely proud to have him on our sideline,” said Reid. “His vision for this club aligns directly with ours and together, we are going to build a first-class organization on and off the pitch. While leading our first team, Tab will also be very involved in building the structure of our academy system and helping the many talented soccer players in Connecticut achieve their dreams of becoming professional soccer players.”

Ramos led the U.S. U20s to two consecutive titles at the CONCACAF U20 Championships, including the country’s first CONCACAF U20 title in 2017 with a victory against Honduras in the final. They repeated as champions in 2018 under Ramos, winning the final over rival Mexico 2-0. Ramos has mentored and developed numerous professionals and national team stars during their youth including Christian Pulisic, Paul Arriola, Weston McKennie, Tyler Adams, and Kellyn Acosta, among others. His background in teaching and guiding young players aligns with the club’s expanding developmental culture through the Hartford Athletic Academy.

An attacking midfielder in his playing days, Ramos is one of the most accomplished players in American soccer history. Over a 12-year professional career, he earned 81 caps with the U.S. Men’s National Team and represented the United States in the 1990, 1994 and 1998 FIFA World Cups, the 1995 Copa América and the 1988 Seoul Olympics. Ramos is also the first player ever to sign an MLS contract, signing with his hometown team in 1995, the MetroStars, which years later would become the New York Red Bulls. He went on to play seven seasons for the MetroStars and was a three-time MLS All-Star. Ramos’ numerous achievements were recognized in 2005 when he was inducted into the National Soccer Hall of Fame.