23-year-old spent time with Charleston in preseason, arrives via transfer from FC Cincinnati 2 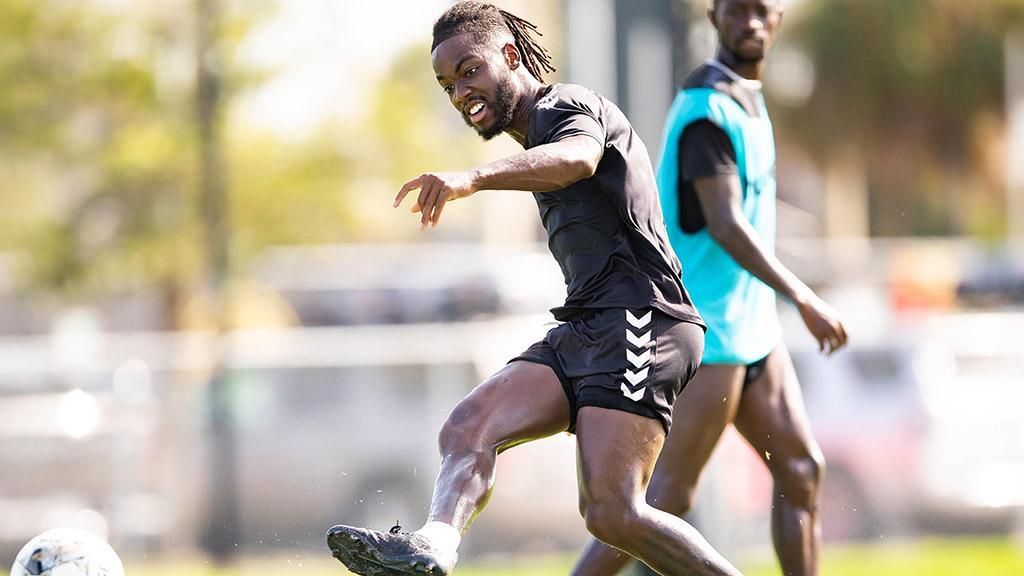 CHARLESTON, S.C. – The Charleston Battery announced on Friday the club had acquired defender Avionne Flanagan via transfer from FC Cincinnati 2 of MLS NEXT Pro. The transaction is pending league and federation approval.

The 23-year-old had made 18 appearances for FCC2 this season, primarily at left-back and left midfield, and recorded three goals and one assist for the side. Flanagan had previously been with the Battery during training camp, and appeared in all three games of the 2022 Carolina Challenge Cup.

“I’m excited to join this historic club and give my all every time I step on the pitch,” said Flanagan. “The team and staff have been so welcoming, and I cannot wait to display my abilities and collect the results needed for the remainder of the season.

“Playing with assistant coach Chris Duvall at Cincinnati last year and having some mates from the DMV area, like Daniel Kuzemka and Brett St. Martin, brought a lot of familiarity in my transition. Thanks to these friendships, I have settled in well and I’m eager to build more relationships with the rest of the club.”

Flanagan signed with FC Cincinnati after being selected 29th overall in the 2021 MLS SuperDraft. He was subsequently loaned out to Orange County SC and FC Tulsa during that season, making 13 appearances between both teams.

“We’re very happy to have Avionne in, he showed well in the preseason when he was with us, he brings a lot of speed, a lot of one-on-one ability and plenty of competitiveness,” said Head Coach Conor Casey. “With his skill set, he is quite versatile. He’s very good on both sides of the ball, defending and attacking, so he gives us some flexibility on where to position him, whether on the back line or higher up the field.”