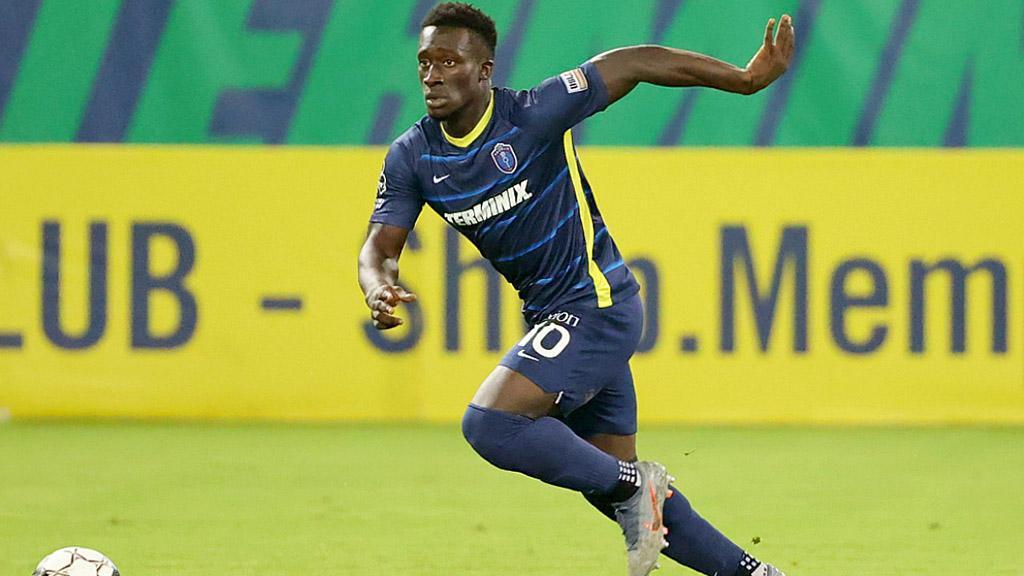 LEESBURG, Va. – Loudoun United FC announced on Thursday the club had signed midfielder Jean-Christophe Koffi, who brings prior experience in the USL Championship and overseas having previously been part of the D.C. United Academy.

Koffi returns to the DMV after recent stints with French club Sète and USL Championship club Memphis 901 FC, where he made 10 appearances during the abbreviated 2020 season. Koffi has made 36 regular-season appearances in the Championship overall, having previously played for the New York Red Bulls II in the 2019 season where he helped the side advance to the USL Championship Playoffs.

“We are very excited to have Koffi come back home and join us for the rest of the year,” said Loudoun Head Coach Ryan Martin. “He has had great experiences in the U.S. and abroad. He brings size, power, and athleticism to the squad.”

Born in Abidjan, Ivory Coast, Koffi spent his collegiate years at the University of Virginia where he helped the Cavaliers to three consecutive NCAA Tournament appearances. Koffi played a total of 57 games, recording six goals and seven assists. In his final season with Virginia, Koffi earned First Team All-ACC honors before joining the professional ranks.