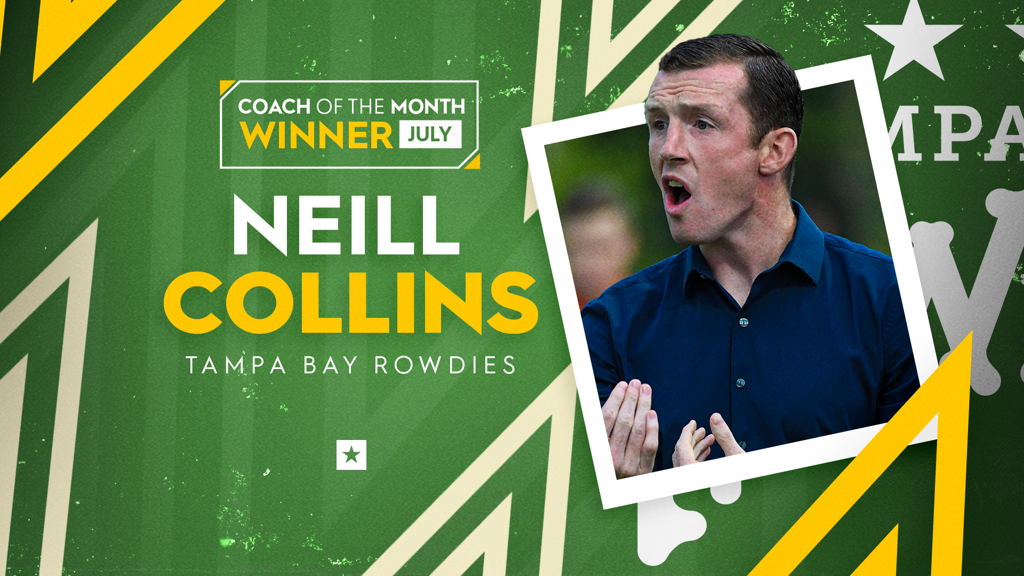 When the Tampa Bay Rowdies appointed Neill Collins as Head Coach in May 2018, it was a step he felt prepared for.

Four-plus years on, and now as the second-longest tenured coach in the league behind only Pittsburgh Riverhounds SC’s Bob Lilley, Collins still believes he’s learning.

“I’ve gained so much experience,” Collins said this week. “Every game, every training session, every up and down, hopefully it all makes you better if you reflect on it. That’s what we’ve tried to do as an organization, improve every year on the field. We look at every part of how we prepare to be on the field. There’s a lot of learning still to be done.

“You speak to coaches that have been doing it 20, 30 years and I think you feel that you never get there fully, but you strive to get there and that’s what we’re doing. It’s gone by quickly and I’ve enjoyed it, but obviously lots to work towards.”

On Thursday, the 38-year-old added another accolade to his individual accomplishments at the helm of Tampa Bay, being named the Championship’s Coach of the Month for July. Leading the Rowdies to a perfect five-game run through the month – and extending their current undefeated streak to 13 games, including 11 wins – the native of Scotland has led the two-time defending Eastern Conference title holder back into a battle for first place in the Championship’s Eastern Conference.

The Rowdies have not lost since late April, and the club’s attack sits second in the league with 48 goals despite changes that have come about since last year’s outstanding campaign. Veteran Leo Fernandes – who is on course to make his 150th regular season appearance in the Championship this weekend – leads the team with 12 goals, putting himself into the conversation for Most Valuable Player, while New York Red Bulls loanee Jake LaCava has broken through with 10 goals and Cape Verde veteran Steevan Dos Santos has shaken off early-season injury to record five goals in the past four games. 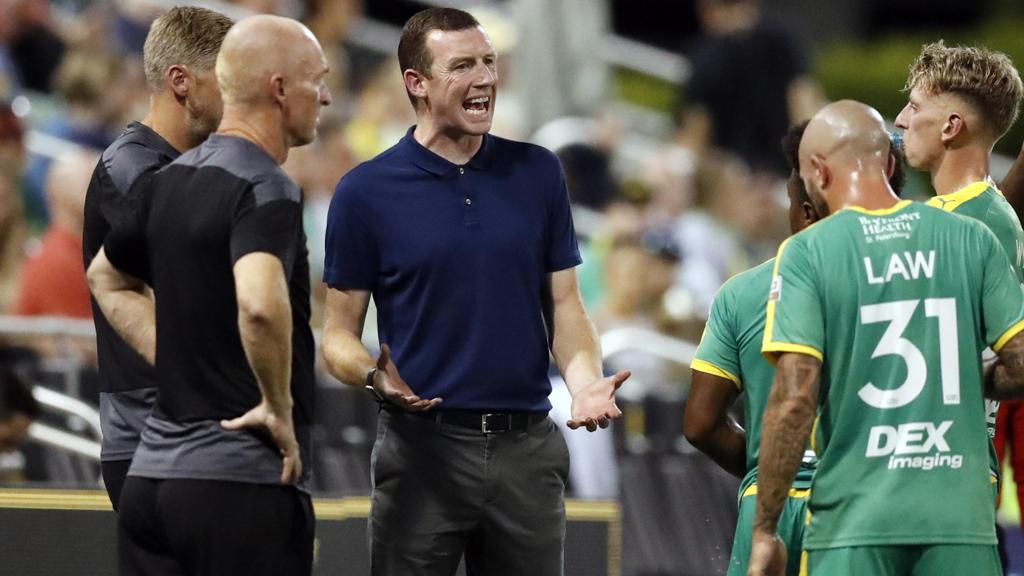 Tampa Bay Rowdies Head Coach Neill Collins has led his side to a 76-33-29 record across the regular season and playoffs since taking the helm on May 18, 2018. | Photo courtesy Matt May / Tampa Bay Rowdies

While some of the faces may be new this season – alongside LaCava, there’s the likes of goalkeeper CJ Cochran, defender Thomas Vancaeyezeele, and recent midfield arrival Nicky Law – the standards and buy-in from the squad have remained the same.

“All the players should take credit,” said Collins. “The guys that have been here are fantastic at setting the standards and maintaining the standards, but then the guys coming in always add something new. Look at someone like Jake LaCava coming from an MLS club and really embracing the opportunity and being part of the team. There’s other new players who have done so well. That all comes down to the players. The new guys have to want to be here, want to be part of things. Then it’s up to the guys that have been here to make them feel a part of things.”

That consistency in culture has been reflected in Tampa Bay’s results over the past three-and-a-half seasons. Across the regular season and playoffs since the start of the 2019 season, Collins’ squad leads the Championship with 69 wins in 113 outings. The side that sits second to Tampa Bay on that list – Louisville City FC, with 68 wins in 114 contests – will play host to the Rowdies on Saturday night in a must-see clash at Lynn Family Stadium. Bringing together the top two current teams in the Eastern Conference – and the teams that squared off in the past two Eastern Conference Finals in the USL Championship Playoffs – it’s a game Collins believes will be a great game, but also a great illustration of what the USL Championship is at this point of its history.

“For me it’s not just about the Rowdies or Louisville, it’s more about the league,” said Collins. “For the league, it’s great to have two really good sides competing at the top of the table and two teams that have probably produced two of the best games in the league over the last couple years. Saturday’s game will be played in a fantastic stadium in front of a big crowd. It’s what the players on both teams deserve. It’s great to be part of that and get to prepare for it. It puts the league in a very good spotlight when people watch the Rowdies play Louisville. That’s the kind of product we want to see more of.”

Collins earned 68 percent of the ballot to claim the award. Monterey Bay F.C. Head Coach Frank Yallop finished second on 17 percent as he led the first-year club to its first undefeated month in its history, taking a 3-0-2 record while posting four consecutive shutouts to close the month and conceding only once overall.