Former U-19 international has competed in home country’s top flight, will look to boost back line 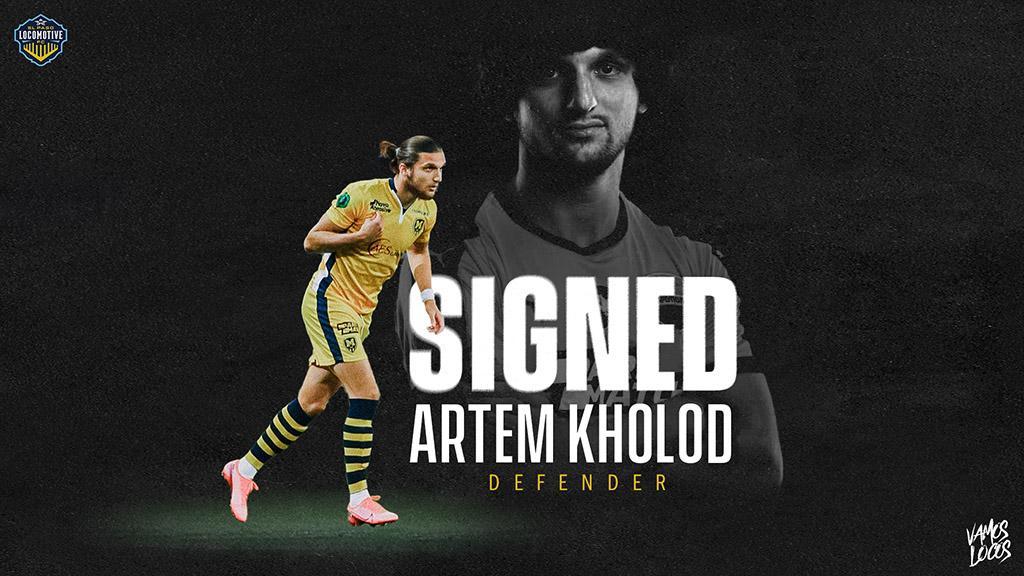 EL PASO, Texas – El Paso Locomotive FC announced on Monday the club had signed Ukrainian defender Artem Kholod for the remainder of the 2022 USL Championship season. Per Club policy, details of the signing have not been publicly disclosed. The signing is pending league and federation approval and the receipt of his P-1 Visa and ITC.

“We have been looking for a right back for a while now and we found the opportunity to sign from a very good club in Ukraine, one known for the development of players,” said Locomotive FC Head Coach and Technical Director John Hutchinson.  “We were looking for a player who has attacking qualities and Artem ticked all the boxes. We are very excited to welcome him to the squad and we cannot wait to see what he can produce for El Paso.”

The 22-year-old came through the youth academies of Metalist Kharkiv and Shakhtar Donetsk in his native Ukraine. Following his graduation from the Shakhtar Donetsk Academy, Kholod signed his first professional contract with Shakhtar, training alongside the First Team before going on loan to Metalist 1925 Kharkiv for the 2020-21 Ukrainian First League season.

In addition to his club success, Kholod has played for the Ukraine Men’s National Team at both the U-17 and U-19 levels. Kholod has made 21 appearances for the U-17s and five for the U-19s earning nine goals across the two levels.