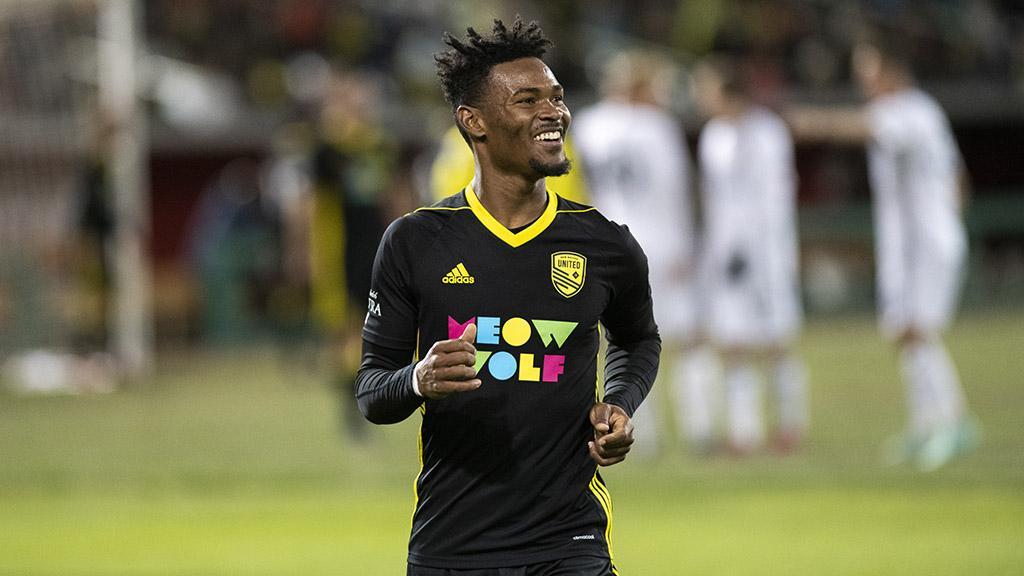 ALBUQUERQUE, N.M. – New Mexico United announced on Monday it had signed forward Kevaughn Frater, bringing the Jamaican back to the club for which he shone during United’s inaugural season in the 2019 USL Championship season. The signing is pending league and federation approval.

Frater led United with 17 goals in all competitions in the 2019 campaign, which still stands as the highest-scoring season in New Mexico United history. Recording 14 goals in the Championship that season, Frater posted a strike rate of 140.5 minutes per goal for the club, and has 30 goals overall across the regular season and playoffs for his career.

“We are very excited to add Kevaughn to our group,” said New Mexico United Head Coach/Technical Director Zach Prince. “Kev has a deep connection and love for this club and state. He is very excited to be back in New Mexico and ready to get to work. He has the unique ability to create opportunities for the team through getting others involved or creating chances on his own. We are very happy to have Kev back in our colors.”

Frater was a key figure on the pitch, in the locker room, and in the community for United in 2019, and was known to have a flair for dramatic goals. The Jamaican scored the equalizer in the fourth minute of second-half stoppage time against the Colorado Rapids during the Third Round of the 2019 Lamar Hunt U.S. Open Cup, which allowed the side to advancing in a penalty shootout.

Frater remains third all-time in goals for the club, behind only Chris Wehan and Devon Sandoval in the list.