27-year-old has made 38 appearances in Championship career for Loudoun, Pittsburgh 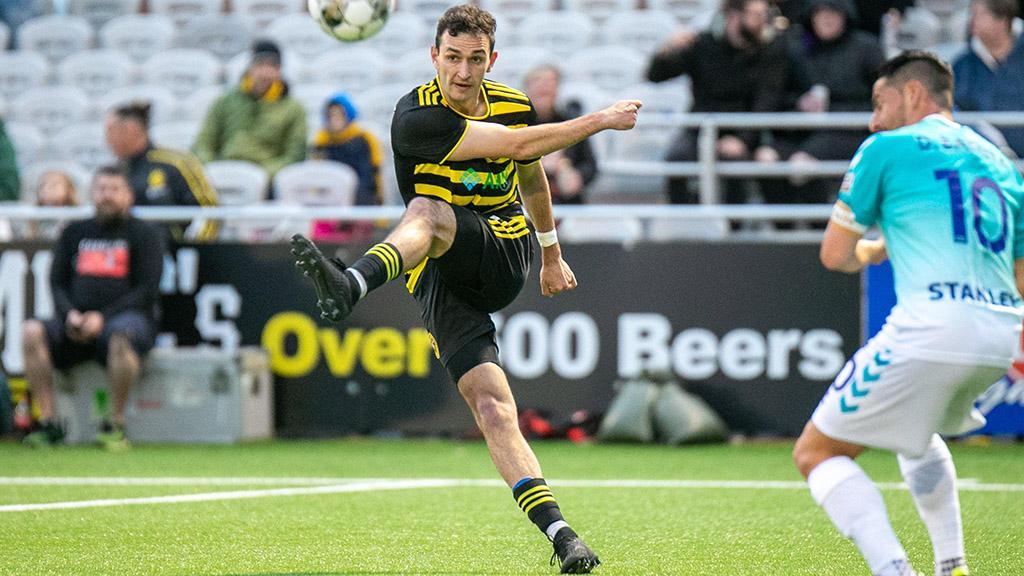 INDIANAPOLIS – Indy Eleven announced on Tuesday the club had signed defender Robby Dambrot as the club continues to bolster its squad for the final stretch of the 2022 USL Championship season. Per club policy, contract details will not be disclosed, and the signing is pending league and federation approval.

Dambrot has already arrived in Central Indiana and began training with the Boys in Blue on Tuesday at the team’s Grand Park training headquarters. He will be eligible for selection by Indy Head Coach Mark Lowry when the side faces Dambrot’s former team, Pittsburgh Riverhounds SC, this Saturday evening at Michael A. Carroll Stadium.

“It’s exciting to be here with Indy Eleven,” said Dambrot. “Mark [Lowry] is a great coach, and early on it’s easy to see he has brought together a great group of guys. We still have a lot to play for, so I’m excited to try and be a part of this club’s run to the playoffs and what we can do after that.”

Dambrot made his debut in the Championship in 2019 with Loudoun United FC and has made 38 appearances in the league, notching two goals and two assists in that span. The 27-year-old native of Akron, Ohio signed with Pittsburgh Riverhounds SC this past January and scored once in five appearances during the ongoing 2022 campaign.

“Robby Dambrot gives us a valuable bit of depth at a few different positions and is a player whose energy fits in very well with how we want to play,” said Lowry. “He is familiar with the Championship – and the Eastern Conference in particular – and is someone who we know can help lift the level of our squad every day.”