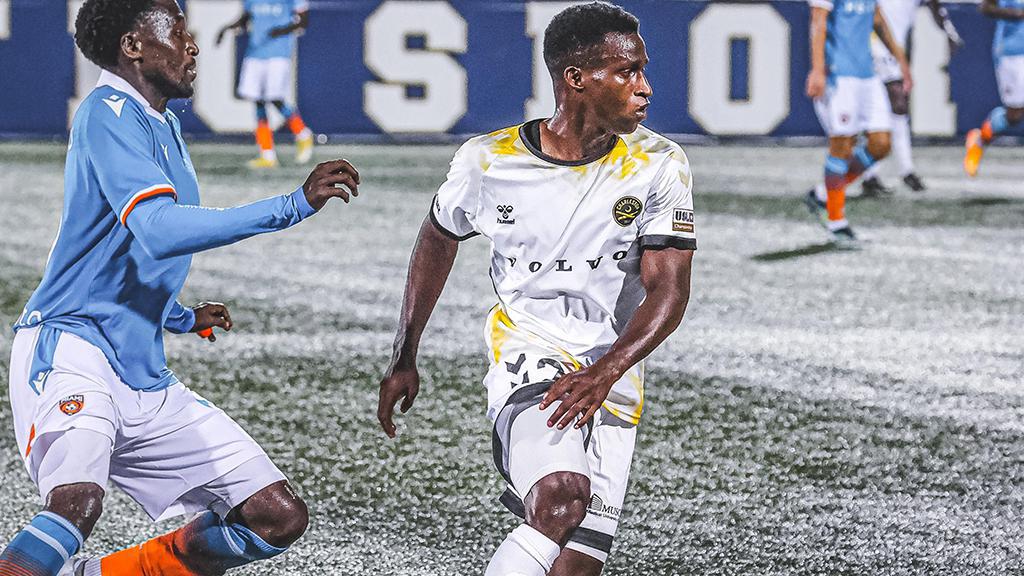 Alexander Dexter has signed a second contract through the end of the 2022 season with the Charleston Battery after making three appearances for the club since arriving early in July. | Photo courtesy Orovio Photography / Miami FC

CHARLESTON, S.C. – The Charleston Battery announced on Friday the club had signed winger Alexander Dexter for the remainder of the 2022 season, pending league and federation approval.

Dexter initially joined the Battery on a 25-day contract in early July and featured in three matches. He made his Patriots Point debut in Charleston’s 3-1 victory against Hartford Athletic on July 16 and his first start in the 3-3 road draw against Colorado Springs Switchbacks FC last Friday night.

“I’m incredibly grateful for the opportunity and excited to be with this group of players,” said Dexter. “I can’t wait to repay the coaching staff with more results and continue to improve every day. While I have only been here this month, I see that the squad has so much quality and believe the rest of the season will be very positive.”

Prior to Charleston, Dexter competed in the Championship for Loudoun United FC where he appeared in three matches earlier this season. He scored his first professional goal on May 28, against the Black and Yellow.

“Dexter came in a short-term deal and has done really well in his time with us, he’s integrated himself in the team and had some good performances in games and training,” said Battery Head Coach Conor Casey. “We’re excited for the versatility that he brings in the wide areas for us and just really happy to have him for the rest of the year to help us get results.”