How Danny Vitiello delivered an ‘unreal’ moment for Republic FC 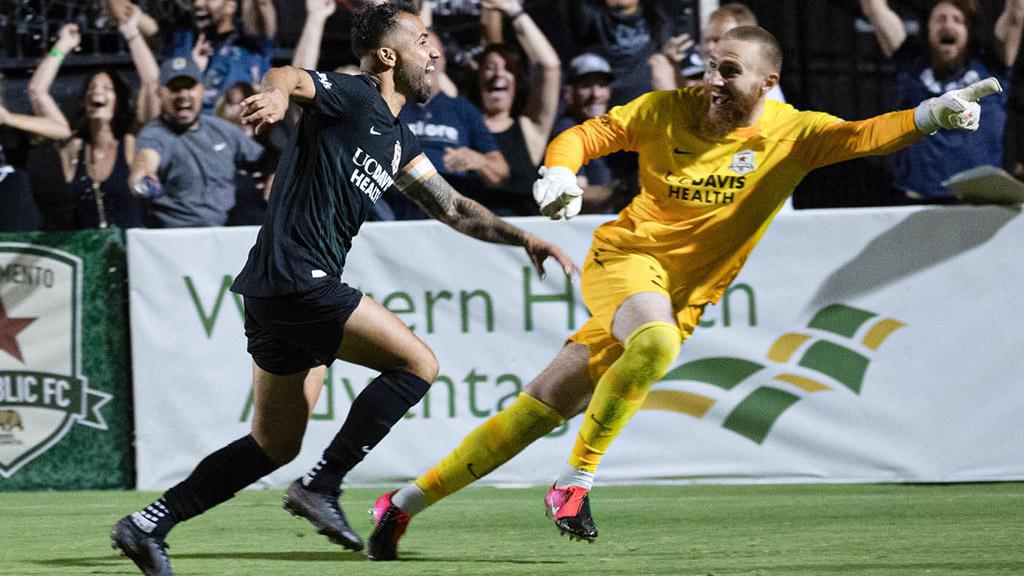 It’s the scene every player imagines in dreams, and pregame moments.

The sold-out crowd going ballistic, a pile of players gathered in one corner of the pitch that you eventually emerge from the bottom of, one of the central characters in a moment that will at least in part define your career.

On Wednesday night, it was Sacramento Republic FC goalkeeper Danny Vitiello emerging from under the pile of his teammates at Heart Health Park as the crowd of 11,569 fans went wild having witnessed maybe the finest moment in the club’s history.

“I mean, it was unreal,” said Vitiello. “From the fans, to the management, to the front office, to the players. I mean, it’s all just to Sacramento, the city and all. I mean, just incredible. The amount of fans we had, we sold it out again, and it was just unreal, unreal atmosphere and just happy to get the win tonight.”

Danny Vitiello has a special message for the @SacRepublicFC faithful! #USOC2022 pic.twitter.com/i36Ph8PZmy

Absolutely real? That would be Vitiello, whose penalty kick save to deny former United States international and Sporting Kansas City legend Graham Zusi to open the fifth round of the penalty shootout that determined the second Semifinal of the 2022 Lamar Hunt U.S. Open Cup saw the New York native step up to the mark.

Vitiello had yet to save a penalty kick in the two he had faced this season after making the move to Republic FC from fellow USL Championship club Pittsburgh Riverhounds SC this offseason, where he had saved 3 of 7 faced in two seasons. That pedigree, and his prior success as a Championship Golden Glove winner in 2020, left no doubt in Republic FC Head Coach Mark Briggs’ mind that the 26-year-old would deliver.

“We knew that Danny would save one,” said Briggs. 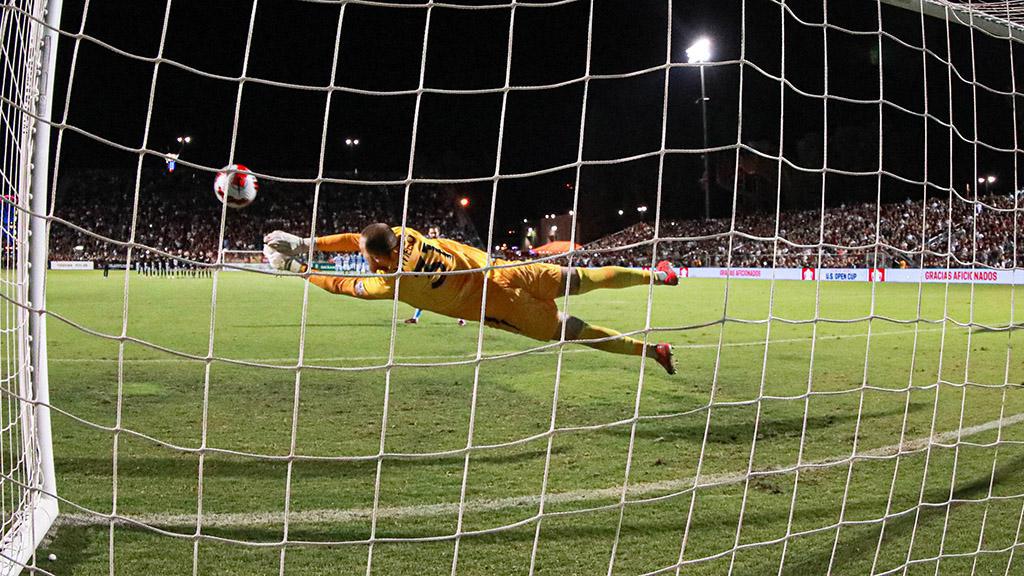 The first to open the third round proved a false start as the officials (correctly) ruled he had left his line early as SKC forward Willy Agada stutter-stepped his way to the spot, throwing Vitiello’s timing before he saved the shot to the left corner. Despite that setback, after a commanding eight-save display across 120 minutes of regulation and extra time, there never seemed a doubt Vitiello would find a way.

Zusi’s shot to the right corner was well struck, but at the right height for Vitiello, who parried the shot wide of the post. Forty seconds later, Rodrigo Lopez stepped up and sent Republic FC into a Final against Orlando City SC on September 7.

“Penalties are a lottery, you know, you’ve got to dive the right way,” said Vitiello. “You got to hope that you know, the player gives you a chance. And there was a couple of moments where I did go the right way and they put it into good areas and credit to them.

“But they gave me a chance to make one save, and the boys did the rest.”