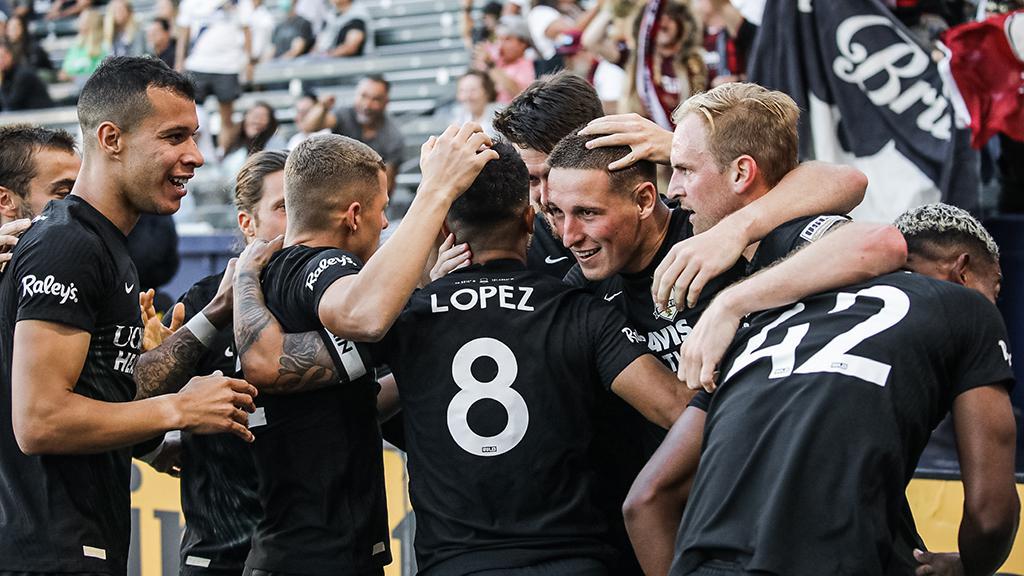 Ask Sacramento Republic FC captain Rodrigo Lopez about the biggest games in the club’s history and the 2014 USL Championship Final that saw the side claim its first silverware at the end of its inaugural season likely still tops the list.

That said, the magnitude of Wednesday night’s Semifinal in the 2022 Lamar Hunt U.S. Open Cup against Sporting Kansas City at Heart Health Park (10:30 p.m. ET | ESPN+ | Preview) puts it among the most important games Republic FC has been part of.

Sacramento’s Open Cup run – fueled in part by Lopez’s four goals, which currently place him tied for the tournament lead – is comfortably the deepest the club has made in its history. The side’s success in the two prior rounds against Major League Soccer’s San Jose Earthquakes on home turf and on the road against the LA Galaxy in last month’s Quarterfinals have set the stage for what will be one of the memorable nights in the club’s almost decade-long history.

Another sellout crowd – achieved in less than 24 hours after tickets officially went on sale – has added to the buzz Republic FC has built this year. The on-field success has both brought the club center stage in the conversation around the Open Cup, and in the bigger landscape of American soccer, with its planned construction of a new downtown stadium and a thriving academy system that has seen young talents compete for the First Team and earn U.S Youth National Team selection.

For Head Coach Mark Briggs and the players, though, the aim is to take the game against the four-time Open Cup title winners as it would any other, even with the reward that would come with a victory.

“We're preparing very well,” said Lopez. “Prior to this, we're focused on the league, one game at a time, and now it’s time to prepare for KC. Like we said before, it’s just another game, obviously just a little bit more at stake now to fight for a final and to make it to a championship game, but we're preparing the same. We’re not trying to get all this attention in our heads and take our focus away from the game. I think the guys are doing fairly well with that.” 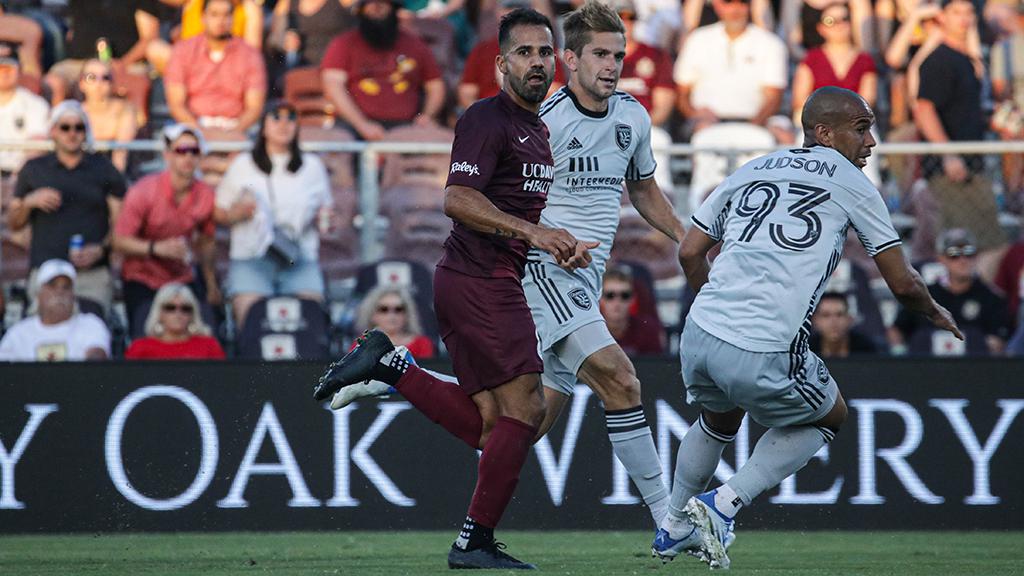 As the first signing in club history in 2013, Lopez has been in the middle of many of Republic FC’s memorable moments. He earned Championship Final MVP honors as Sacramento defeated the Harrisburg City Islanders in 2014 and ranks first all-time in club history with 21 assists and second with 27 goals in the Championship’s regular season and playoffs. His experience, alongside that of former La Liga winger Keko and defender Lee Desmond as well as numerous players like Matt LaGrassa, Luis Felipe Fernandes and Douglas Martinez Jr. that bring top-flight experience in MLS, is something Briggs has leaned into as Sacramento has weathered the challenges sides like the Quakes and Galaxy have posed.

“We've got players that have played in big moments, and played in big games, and we’ll be leaning on those heavily on Wednesday night to offer that little bit of advice in uncomfortable times,” said Briggs. “We’ve got to be able to manage this scenario and players like Rodrigo and the guys I’ve just mentioned plus others are going to be pivotal in keeping our eyes on the prize and keeping our heads in the game.”

That experience has been on show throughout this year’s Open Cup, in which Sacramento has yet to trail during its five prior victories. After scoring an early goal against the Galaxy in the Quarterfinals on a well-executed move that saw Martinez set up Lopez for a first-time finish, the side’s confidence could have been dented as an unfortunate own goal pulled the Galaxy even in the 18th minute.

But despite holding only 36.2 percent of possession against Chicharito Hernandez and company, the hosts limited the clear looks on goal the Galaxy were able to generate. Sacramento outshot LA 15-11 overall and hit the woodwork through Desmond early in the second half before Fernandes’ winner with 20 minutes to go.

Playing the situations cleanly will be essential against a Sporting Kansas City side for which the Open Cup represents the best chance at silverware this season. Sitting in last place in Major League Soccer’s Western Conference after an injury-hit campaign, the attacking capability Sporting has lacked in MLS this season was on display in its 6-0 victory against USL League One side Union Omaha in the Quarterfinals, ending Los Buhos’ dream run.

As Sporting aims to play spoiler to Sacramento’s aspirations of becoming the first lower-division team to reach the Open Cup Final since the Charleston Battery in 2008, Briggs believes the collective spirit Republic FC’s squad contains gives the side the potential to earn a chance at the second piece of silverware in club history.

“If the collective is more important than the individual, then you always have an opportunity.”