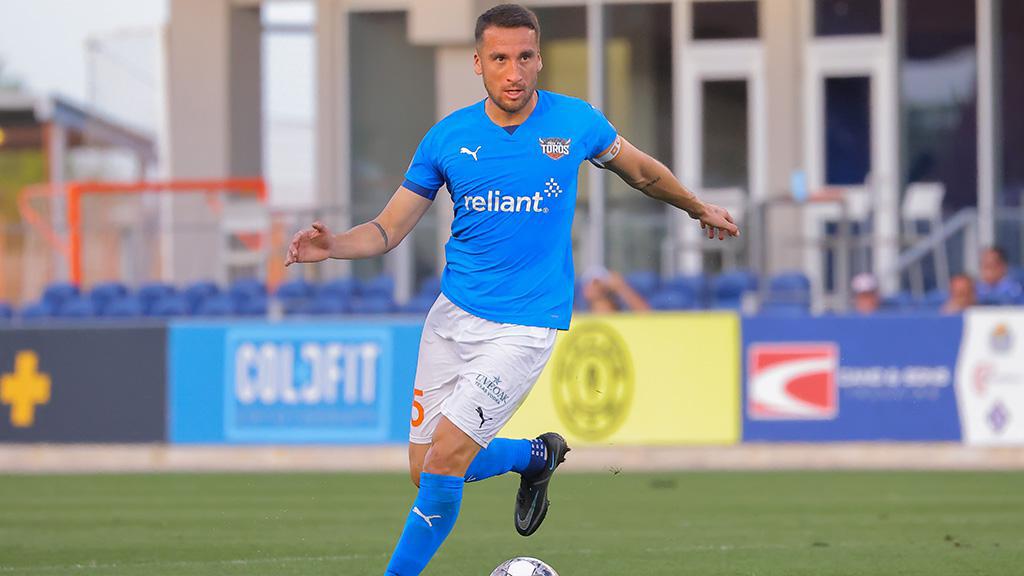 Indy Eleven has acquired veteran defender Jesus Vazquez on loan for the remainder of the 2022 USL Championship season, adding another piece to the back line. | Photo courtesy Christian Inoferio / Rio Grande Valley FC

In a corresponding transaction, Indy has loaned midfielder Jonas Fjeldberg to Rio Grande Valley FC for the remainder of the season. Both transactions are pending league and federation approval.

Vazquez has arrived in Central Indiana to begin training with the Boys in Blue and will be eligible for selection by Eleven Head Coach Mark Lowry for this weekend’s clash with the Tampa Bay Rowdies at Carroll Stadium.

“My family and I are excited to join Indy Eleven,” said Vazquez. “I am looking forward to adapting to the club quickly and am ready to get to work.”

The 27-year-old joins the Boys in Blue after half a season with RGV Toros FC, where he started in 11 of 16 appearances in USLC regular season play and served as captain in four early season contests, including the Eleven’s 2-1 road win on April 9. Vazquez led RGV with a 59.4 passes per 90 minutes and placed third on the squad in passing accuracy (84.6%), clearances (26), and blocks (3).

“Jesus Vazquez fits the mold of player we want both on the field and in the locker room,” said Lowry. “He is a tone-setting, hard-nosed center back who at the same time is comfortable with the ball at his feet and playing out of the back. Jesus has also been a leader at both of his previous stops in the Championship, and we look forward to him instilling those qualities to strengthen our across the back half of the season.”

Prior to his time with Toros, the San Luis Obispo, Calif.-native logged two seasons of Championship play with LA Galaxy II, scoring twice and serving as Los Dos’ captain in all 42 regular season and playoff appearances from 2020-21. Prior to beginning his professional career, the dual American and Mexican citizen came up through the U-20 and reserve ranks of Mexican sides Pumas UNAM, Santos Laguna, and CF Atlante from 2014-19 before making his pro debut with the latter side in the Mexican second division.