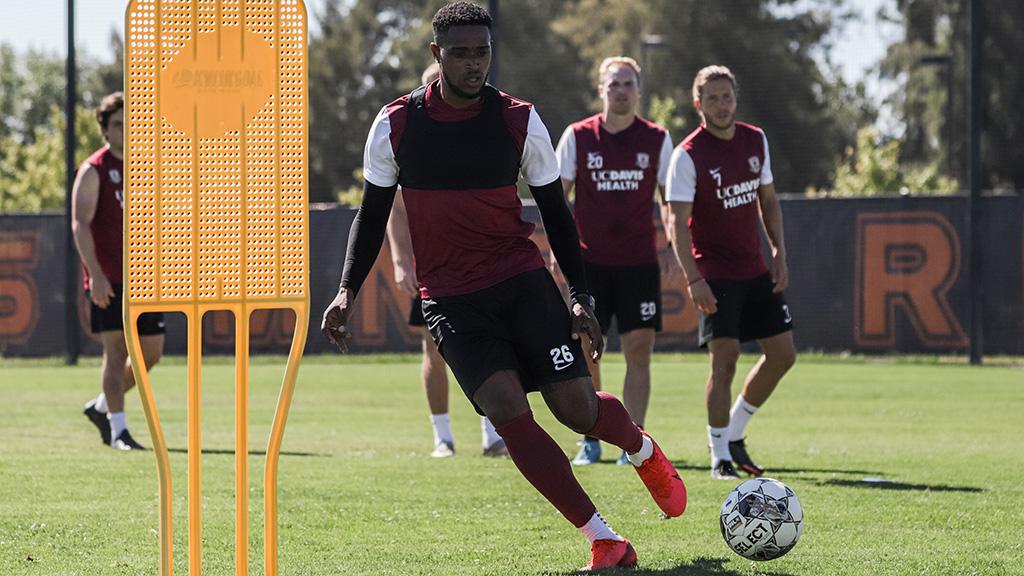 “Deshorn and Danny are very important pieces to add at this critical stage of the season,” said Republic FC President and General Manager Todd Dunivant. “Deshorn is a proven goal scorer in our league and everywhere he has gone, and we’re excited to bring Danny back after a very promising training camp.”

Brown joins Republic FC after four seasons in the Indian Super League, featuring for Bengaluru FC and Northeast United FC. This past season, the 31-year-old recorded seven goals and one assist in 12 appearances for Northeast United, averaging a goal every 117.9 minutes for the side.

The Jamaican has experience in both the USL Championship and Major League Soccer, most recently featuring domestically in USL for Tampa Bay Rowdies in 2017 and OKC Energy FC from 2018-2019. Brown has recorded 19 goals and two assists in 48 regular-season appearances in the Championship.

In MLS, Brown logged 79 appearances between Colorado Rapids and D.C. United from 2013 to 2017. With Colorado, he posted back-to-back 10-goal seasons in 2013 and 2014, helping the Rapids to the 2013 MLS Cup Playoffs. The forward also brings international experience to the Indomitable Club, having made 15 career appearances and scoring two goals for the Jamaican national team between 2013 and 2015.

Reynolds was initially acquired in December in advance of the 2022 season. He rejoins the roster after participating in the team’s training camp and the completion of his registration. Prior to joining the Indomitable Club, he featured for Southern States SC, leading the Stars with six goals in their inaugural season, which saw them reach the league quarterfinals. The Englishman made his professional debut in 2020 with USL Championship side Tacoma Defiance after being drafted 35thin the 2020 MLS SuperDraft by MLS affiliate Seattle Sounders FC.

Reynolds was born and raised in the UK, where he played for multiple youth programs including Cheltenham Town FC, Reading FC, and Oxford United. He moved to the U.S. to play at the collegiate level in 2015, appearing in three seasons with Louisville from 2015-2017 before moving to UNC Wilmington for the 2018 and 2019 seasons. His college career saw him tally nine scores in 73 appearances.