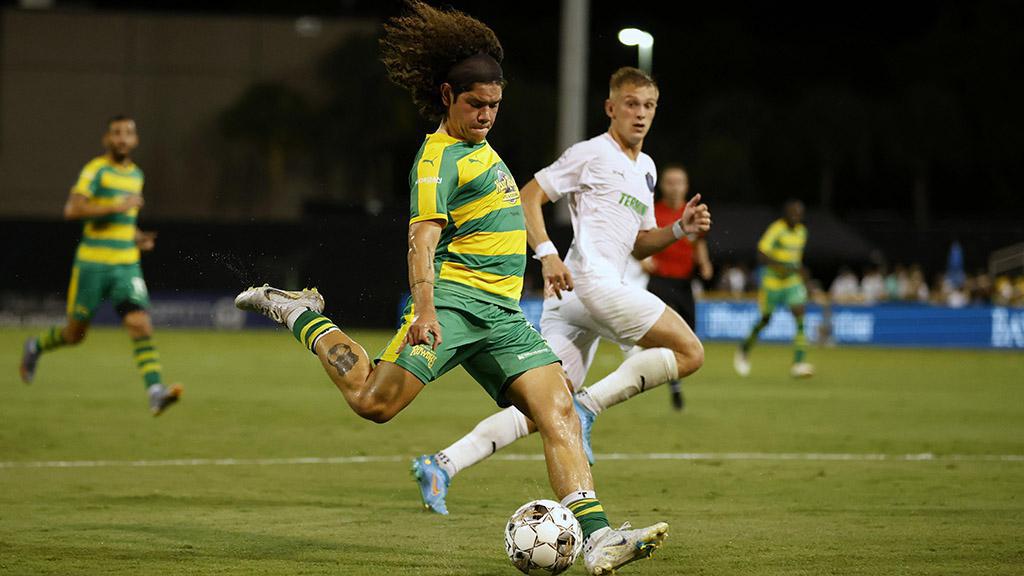 In a corresponding transaction, Indy also announced the transfer of midfielder Nicky Law to the Rowdies.

Tejada joins Eleven after three-and-a-half seasons with Tampa Bay, where he tallied 13 goals and five assists in 68 USL Championship regular season appearances and also played in five postseason contests. The 25-year-old forward shot out of the gates during his rookie season in 2019, finishing tied for second on the Rowdies’ high-flying offense with 10 goals. Tejada stood out in Tampa Bay’s 2-0 win over Indy Eleven back on March 19 of this season, scoring in the first minute and assisting on a 51st minute insurance tally to pace the Rowdies in a 2-0 victory at Al Lang Stadium.

“I look forward to meeting my teammates and working hard alongside them to achieve the objectives I know we can reach,” said Tejada. “I am excited for the opportunity to play for the Eleven organization and in front of their incredible supporters.”

Tejada has represented his native Panama on one occasion in senior play, suiting up against the United States in an international friendly on Nov. 16, 2020. Tejada was a known quantity in Floridian soccer circles prior to turning pro, as he came to the United States to attend the prestigious IMG Academy in Bradenton in 2014 before playing four seasons collegiately at Eckard College in St. Petersburg from 2015-18.

“Juan Tejada is a decisive and exciting forward who can provide an added dimension to our attack immediately,” said Lowry. “We believe he possesses the skillset and drive to be a high-level contributor right away and look forward to the spark he can provide our squad.”