Battery bring Robbie Crawford back into fold from Monterey Bay

Scottish midfielder returns to Charleston after spending 2020-21 in Lowcountry 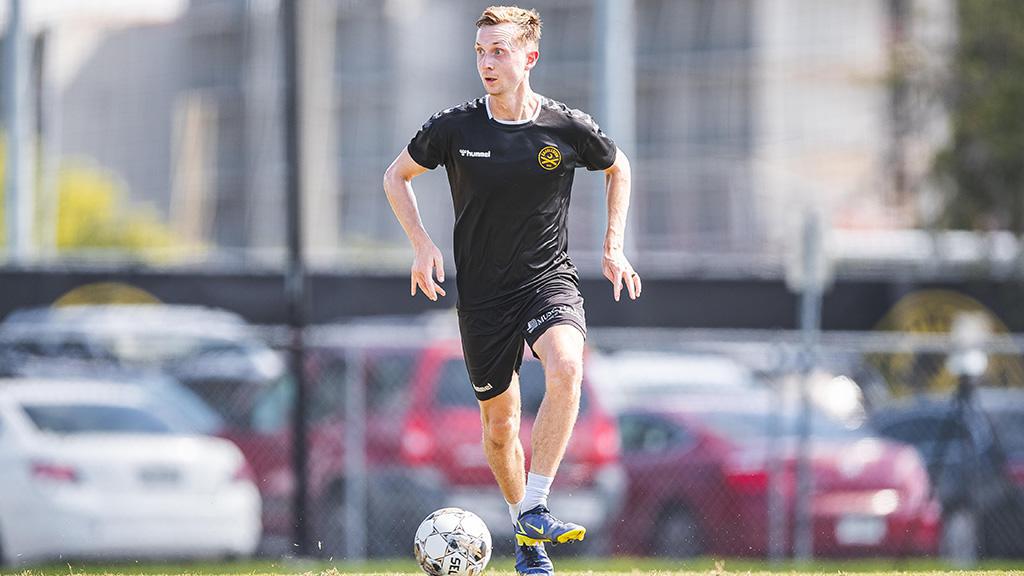 Scottish midfielder Robbie Crawford has returned to the Charleston Battery via transfer after making 11 appearances for Monterey Bay F.C. in the USL Championship so far this season. | Photo courtesy Ben Clemens / Charleston Battery

CHARLESTON, S.C. – The Charleston Battery announced on Thursday the club had acquired Robbie Crawford via transfer from fellow USL Championship club Monterey Bay F.C., returning the Scottish midfielder to the Lowcountry for a second stint with the club.

“I’m incredibly grateful and excited to be returning to the club, to the city of Charleston, for this opportunity,” said Crawford. “It feels like home having spent the previous two seasons here, so I have familiarity with the team and community already, and they both really mean a lot to me.”

Crawford was a key figure for the Battery over the past two seasons, making 41 appearances before signing with Monterey Bay in the offseason. The midfielder has appeared in 11 league games this season, registering 10 chances created, 11 tackles won, and 38 duels won. Crawford also scored his first goal with MCFC during his Lamar Hunt U.S. Open Cup debut earlier this year.

“We’re very happy to welcome Robbie back into the group, he has some really great leadership qualities, he’s got a good engine in the midfield and he has a lot of experience,” said Battery Head Coach Conor Casey. “I think those are three things that can really help this squad now at this point in the season, in addition to the familiarity he already has with a lot of the guys.

“He’ll be a good presence to have in the locker room and a solid boost for us in the second half of the season.”

During his original two-year tenure with the Battery, Crawford was an engine in the midfield and racked up three goals, one assist, 47 chances created, 46 interceptions, 50 tackles won, and 146 duels won.

The 29-year-old showed a flair for the dramatic when he found the net last season, recording a second-half equalizer against Atlanta United 2 for his opening goal of the campaign before bagging a game-winner at home against Loudoun United FC. He was additionally named to the Week 22 Team of the Week for his exceptional play against Atlanta.

Crawford will be available for selection as the Battery face Colorado Springs Switchbacks FC in their next league outing on Friday night, and is looking forward to the chance to play before the club’s supporters again in the coming weeks.

“To the fans, I’d just like to echo what I said previously about how excited I am to be back,” said Crawford. “You always showed me a lot of love, whether at the stadium or around the city, and I know you have continued to turn out in good numbers at Patriots Point to support the team this year. I’m really looking forward to seeing you all out there again and to put on performances you will be proud of.”