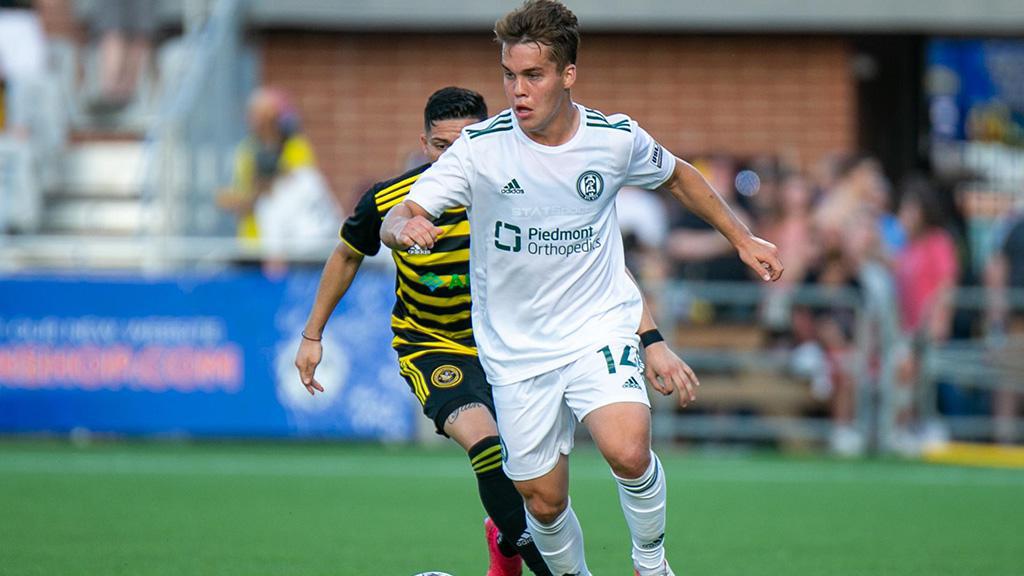 A Pittsburgh native, Mertz returns to the Hounds after making 48 regular season appearances for Atlanta since the start of the 2021 season. During that span, the 25-year-old recorded four goals, 11 assists and 73 chances created for ATL UTD 2 in the Championship. This season, Mertz has accumulated three goals and an individual single-season high six assists in 20 appearances.

“I'm grateful to the club,” said Mertz. “They graciously allowed me to pursue the opportunity in Atlanta, and while I didn't reach my goal of making it to the MLS team, I learned some things down there as a person and as a leader with Atlanta United 2.”

“When I was given the opportunity to leave Atlanta, I just felt there was some unfinished business back in Pittsburgh. I have a lot of friends, fans, people in Pittsburgh, and I felt some loyalty to the club. Sometimes in this game, it's too much of a business, and people forget the humanity of it. It's good to be back around my friends and family, and we're going to pursue a championship really hard.”

Mertz had previously spent two seasons with Pittsburgh to start his Championship career after competing at the University of Michigan collegiately. Mertz made 42 regular-season appearances for the Hounds in the 2019 and 2020 seasons, recording 11 goals and eight assists while helping the Hounds to the postseason in both campaigns, including a first-place finish in the Eastern Conference in 2019.

“Robbie was a very important player for us during the 2019 and 2020 seasons and has continued to develop into one of the more versatile and complete midfielders in the league," said Hounds Head Coach Bob Lilley. “He’s competitive, technically gifted and understands our system. His energy and ideas make him dangerous in attacking moments, and we are excited to have him back with the team representing the Steel City.”

The arrival of Mertz will bolster a Hounds squad that currently sits in fourth place in the USL Championship’s Eastern Conference and enters Saturday’s contest against Hartford Athletic on a four-game undefeated streak.