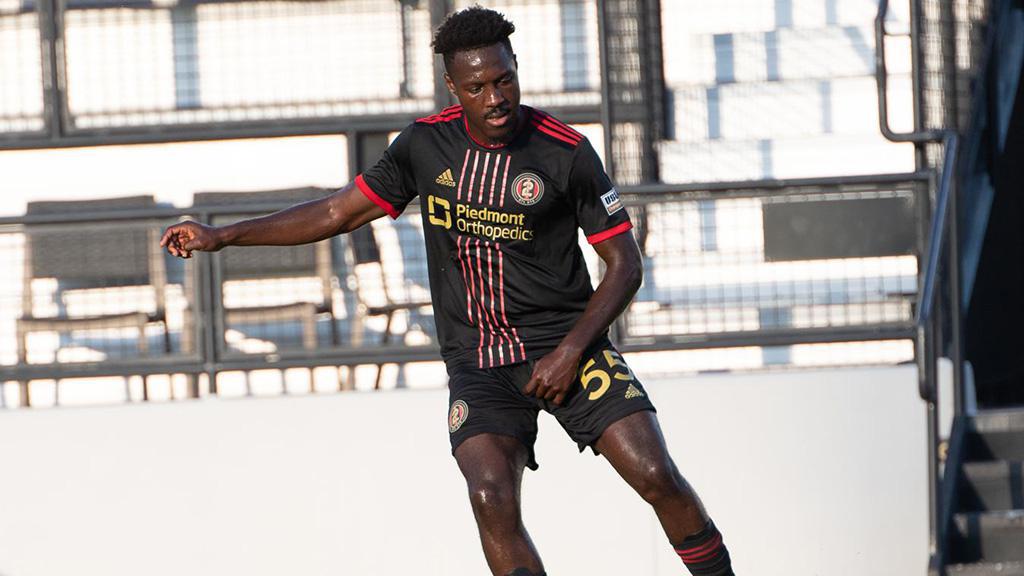 ATLANTA – Atlanta United 2 announced on Tuesday it had signed midfielder Toni Tiente through the remainder of the 2022 season, pending league and federation approval.

The Cameroonian was signed to a 25-day contract on June 24 and has since appeared in six matches for the side in the USL Championship, starting the last three.

“We think very highly of Toni,” said Atlanta Head Coach Jack Collison. “He’s come into the team and has really dug in, despite playing in the back line where he’s not necessarily used to playing. He’s given his all on the pitch in the game and in training, showing his quality on the ball and giving us that little extra experience. We’re happy to have Toni fight with us for the rest of the campaign.”

Raised in Paris, France, Tiente played for Kalonji Soccer Academy (KSA) in Norcross, Georgia before signing for Atlanta. Tiente was a four-year starter at Georgia Gwinnett College before his tenure at KSA, recording 21 goals and 25 assists in 70 appearances for the Grizzlies.

Named a captain his senior year, the 24-year-old racked up multiple accolades in his time at Georgia Gwinnett. Tiente was a 2020 NAIA and United Soccer Coaches All-America first team selection, set the program's single-season record with 11 assists during 2018 season, won two Association of Independent Institutions (AII) titles and helped the Grizzlies reach the Round of 16 at the NAIA national tournament in 2018 and 2019.