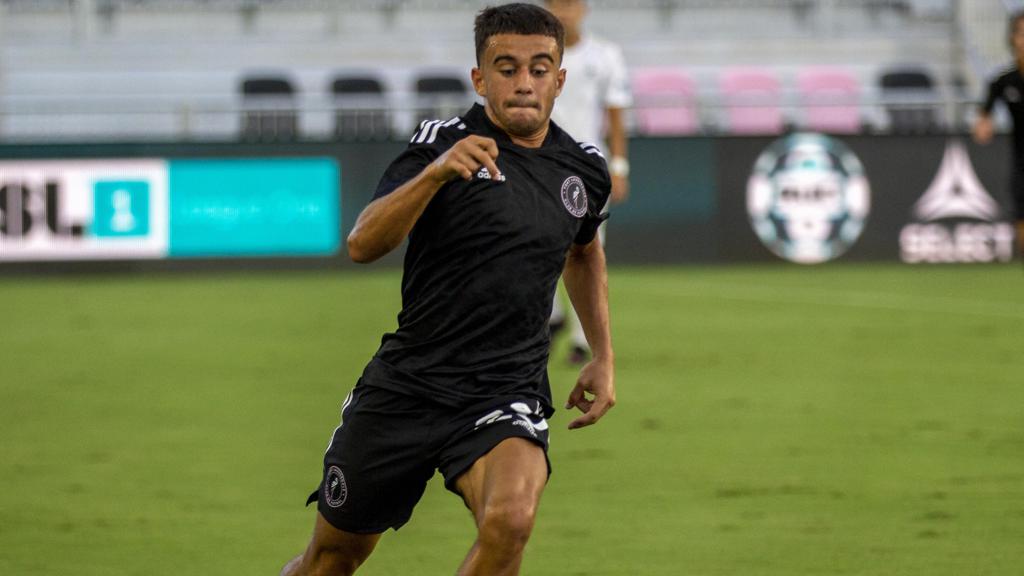 EL PASO, Texas – El Paso Locomotive FC announced on Friday it had acquired midfielder Edison Azcona on loan from Inter Miami CF of Major League Soccer for the remainder of the 2022 USL Championship season. Per club policy, details of the agreement have not been made public and the transaction is pending league and federation approval.

“Edison is an attacking midfielder which is a position we have been looking to improve upon and add competition to,” said Locomotive FC Head Coach and Technical Director John Hutchinson. “He is a very technically gifted player who will help us with the ball. I have a good relationship with [Sporting Director and Chief Soccer Officer] Chris Henderson from Inter Miami and I am very grateful to him for his help in securing a special talent in Azcona till the end of the season.”

Azcona has played his entire professional career within the Inter Miami CF organization, after being signed from its Academy after two seasons. The Dominican Republic international played for Inter Miami CF II in USL League One through the 2020 and 2021 seasons where he recorded six goals and four assists in 28 appearances. The 18-year-old’s performances earned nomination for the League One Young Player of the Year award in 2020, and selection to the 2020 League One All-League Second Team

Azcona made his MLS debut for Inter Miami in May 2021 as a second half substitute against Nashville SC and has gone to make four additional appearances at the MLS level.

Azcona has also represented his country on the international stage. Most recently, Azcona featured prominently for the Dominican Republic U-20 team in the Concacaf U-20 Championship, where he captained the team to the Final, earning the country both qualification to the 2023 FIFA U-20 World Cup and a place at the 2024 Paris Olympics Men’s Soccer tournament. Azcona recorded two goals and one assist while completing 85 of 96 passes – an 84 percent passing accuracy rate – in the tournament

Overall, Azcona has made 14 appearances and has scored six goals across the senior, U-20, and U-23 levels of the Dominican Republic National Team.