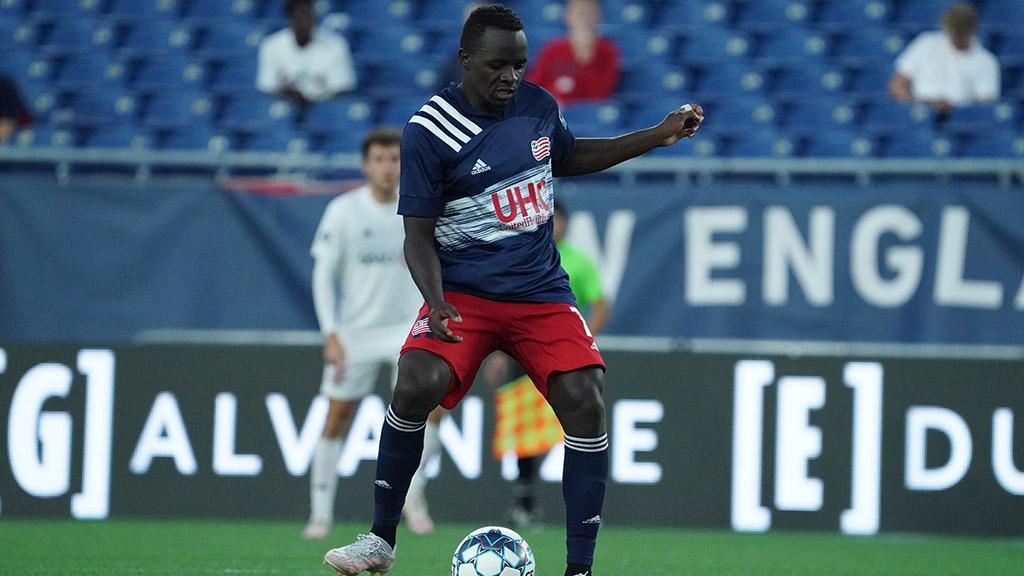 PITTSBURGH – Pittsburgh Riverhounds SC announced on Thursday the club had acquired forward Edward Kizza on loan from the New England Revolution of Major League Soccer for the remainder of the 2022 season. Kizza’s deal to join the Hounds is pending league and federation approval.

Kizza, a native of Uganda, was the Revolution’s First Round selection (24th overall) in the 2021 MLS SuperDraft and signed with the team after a successful three-year career at the University of Pittsburgh during which he scored 31 goals in 53 games.

“Eddie is a player who has trained with our group in the past and excelled during his time at Pitt,” said Hounds Head Coach Bob Lilley. He is a goal scorer with good movement, instincts, and finishing ability that we are excited to bring back to Pittsburgh.”

In 2021, Kizza split time between competing in MLS and for New England Revolution II in USL League One. He made 11 appearances with one assist for the Revolution and scored five goals in 12 games with the Revolution II. This season, Kizza began the year in the USL Championship on loan with Memphis 901 FC, where he played 111 minutes across eight appearances before being recalled by New England.

With the addition of Kizza, the Hounds now have four former Pitt players on their active roster. He joins former college teammates Robby Dambrot, Arturo Ordóñez and Shane Wiedt back in Pittsburgh.