Central defender was standout for side that reached pair of Eastern Conference Finals in 2017, 2018 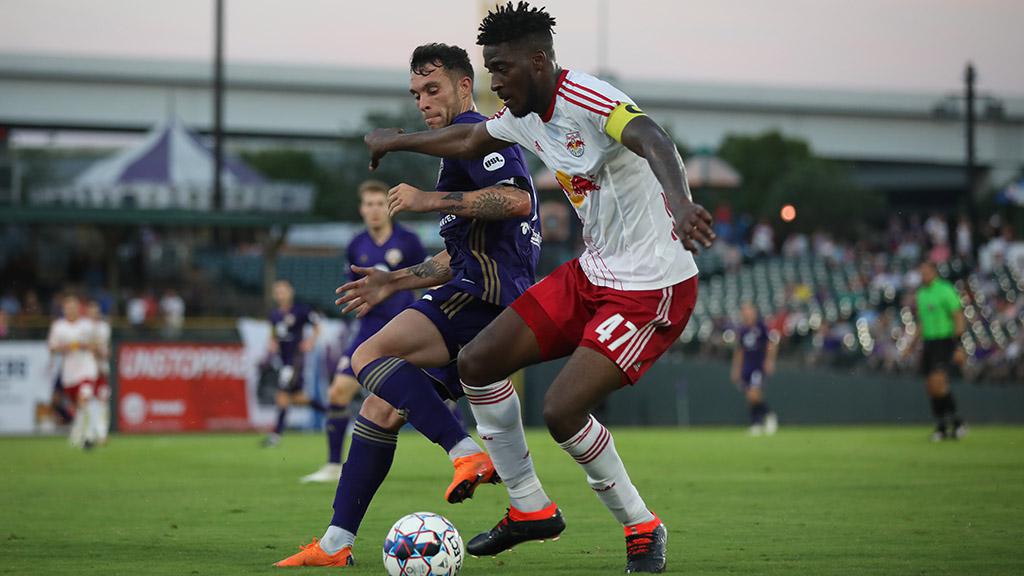 Central defender Hassan Ndam made 58 appearances for the New York Red Bulls II over two seasons previously as he returns to the club for the remainder of the 2022 campaign. | Photo courtesy Em-Dash Photography / Louisville City FC

Ndam signed with the New York Red Bulls on January 31, 2017. In two seasons with the club, he made four appearances in Major League Soccer, but also featured prominently for the Red Bulls II. Over two seasons he appeared in 58 matches, logged 4,947 minutes, and scored three goals while helping the club reach the Eastern Conference Final of the USL Championship Playoffs in each season.

“We had the opportunity to bring Hassan in and we think that his experience, knowledge, and leadership will help the team continue to grow as the season continues,” said Red Bulls Sporting Director Denis Hamlett.

At the end of the 2018 season, Ndam was selected by FC Cincinnati in the MLS Expansion Draft. He was loaned to the Charlotte Independence for the 2019 season, where he appeared in five matches and tallied 321 minutes. The following season, he appeared in 14 matches and logged 1,159 minutes for Miami FC on loan from FC Cincinnati.

“We are excited to have Hassan join the group. He has a good knowledge of the game and our system, and great physical tools,” said Red Bulls II interim Head Coach Ibrahim Sekagya.

The Foumban, Cameroon, native most recently appeared in two matches in June for Orange County SC on a 25-day contract.