Who gets your vote as the league’s best after the opening half of the regular season? 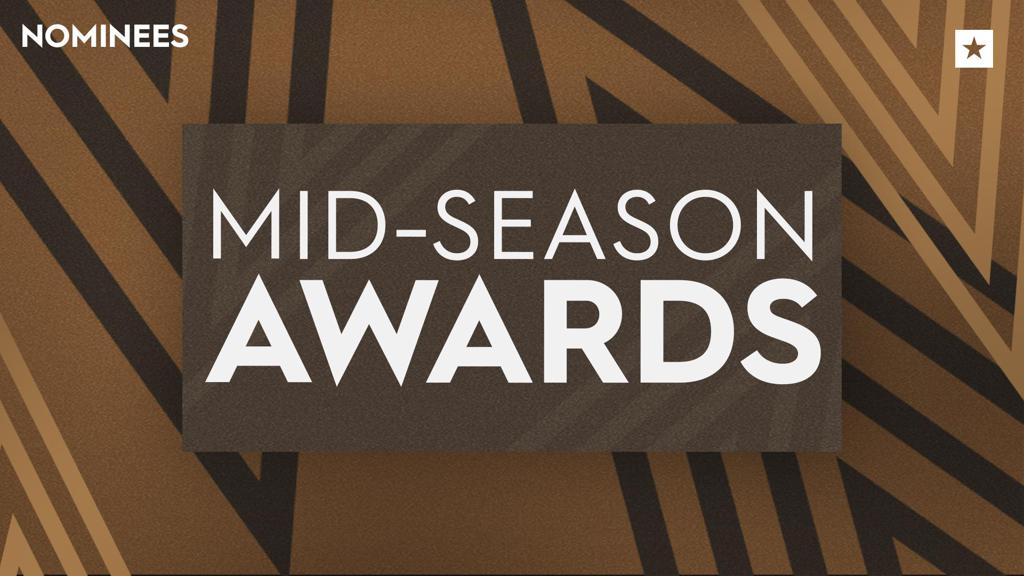 Earlier this month, the 2022 USL Championship regular season reached the midway point of a year that has already provided tremendous storylines and entertainment before the drive to the postseason begins. From new arrivals making their mark, to the next wave of young talent emerging across the league, and familiar faces continuing to shine, the campaign has already produced numerous outstanding individual and collective displays that have continued to highlight the league’s rising quality and prominence on a national and international level.

From those standout performers on the field and the sidelines, we’ve selected our nominees for the USL Championship Fans’ Choice Mid-Season Awards. Now you get to cast your ballot for which player or coach should claim those awards across five categories.

All statistics are through Sunday, July 10, and polls will close at 12 p.m. ET on Wednesday, July 20.

Goalkeeper of the Year

Evan Newton, El Paso Locomotive FC – The Championship’s all-time leader in saves and shutouts overcame a challenging start to the season and now sits with 56 saves – good for second in the league while sitting in first place in the league with eight shutouts.

Kyle Morton, Louisville City FC – Morton has delivered impressively after joining LouCity this offseason, and currently leads the race for the Championship’s Golden Glove with a 0.58 goals-against average while also recording seven shutouts and a 76.7 save percentage in 13 appearances.

Connor Sparrow, Miami FC – Sparrow ranks in the top five in both saves (48) and shutouts (7) this season and has posted a 72.7% save percentage and a -0.47 Goals minus Expected Goals mark for the South Florida playoff contender.

Matt VanOekel, Birmingham Legion FC – An All-League selection in 2021, VanOekel has maintained a stellar standard this season for Legion FC with 43 saves, seven shutouts, a 0.82 goals-against average and a 75.4% save percentage, all of which has resulted in a -2.13 Goals minus Expected Goals mark.

Nathan Steinwascher, Detroit City FC – The top goalkeeping newcomer to the Championship this season has been key to Le Rouge’s success, sitting third in the league with 53 saves and tied for fifth with six shutouts while posting a league-best -6.18 Goals minus Expected Goals mark.

Defender of the Year

Mitchell Taintor, San Antonio FC – The center back has delivered a career season at the heart of a defense that is tied for the fewest goals conceded in the league, recording 73 clearances and 37 interceptions while winning 62.4 percent of duels and 63 percent of aerials, and also notching four goals at the attacking end.

Jonathan Dean, Birmingham Legion FC – The right back has been one of the top two-way players in the league this season, recording one goal, two assists and 24 chances created in the attacking third while notching 24 interceptions and a 54.2 percent duel success rate defensively to earn a +4.87 Goals Added mark so far this campaign.

Deklan Wynne, Detroit City FC – The New Zealand international has provided positive play on the left side for Le Rouge, recording one goal and six assists while recording 20 clearances, 15 interceptions and a +3.35 Goals Added mark.

Coach of the Year 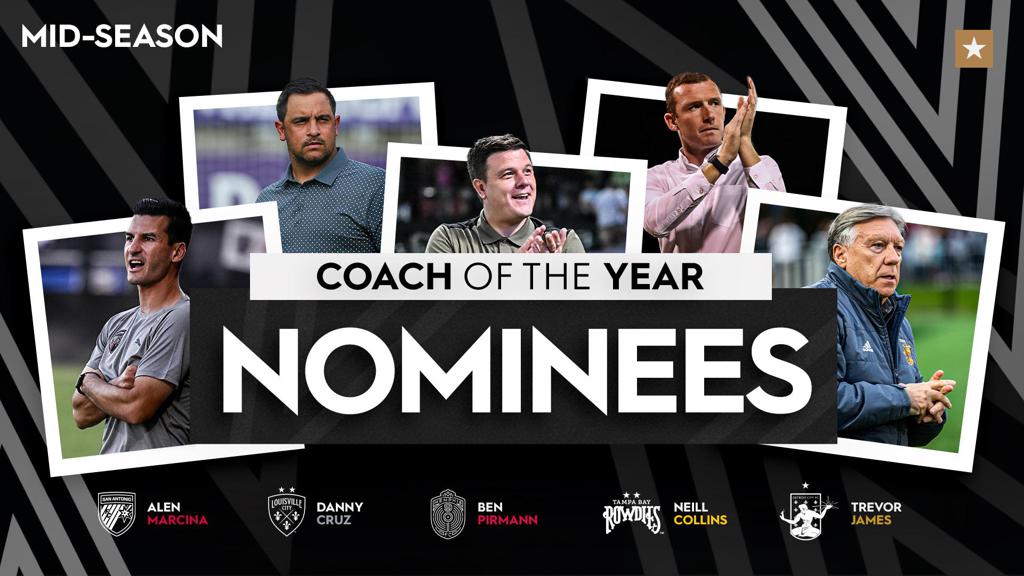 Alen Marcina, San Antonio FC – Marcina’s squad earned a league-high 40 points from its opening half of the season with a 13-3-1 record, averaging 2.35 points-per-game, while sitting tied for the fewest goals conceded in the league (14) and posting a +14-goal differential.

Danny Cruz, Louisville City FC – Cruz has guided the current Eastern Conference leader to a 12-3-3 record with an impressive level of quality at both ends. LouCity currently sports a league-best +26-goal differential and leads the league in both Expected Goals (35.82xG), and Expected Goals Against (15.2xGA).

Ben Pirmann, Memphis 901 FC – Pirmann has built on 901 FC’s success in his first season at the helm to deliver a serious title contender. Memphis sits in second place in the Eastern Conference with a 12-4-2 record and has allowed only 17 goals in 18 games while posting a +18-goal differential.

Neill Collins, Tampa Bay Rowdies – The 2021 Championship Coach of the Year has helped his side overcome a slow start, putting Tampa Bay in contention once again as it sits tied for the fewest defeats in the league (3), and has both a +17-goal differential and a 15.44xGA mark that is second lowest in the league.

Trevor James, Detroit City FC – James’ DCFC squad has delivered impressively in its first season in the USL Championship, with the veteran coach leading the group to a 9-4-6 record so far that has Le Rouge well on course for a postseason berth.

Young Player of the Year

Michee Ngalina, Colorado Springs Switchbacks FC – The 22-year-old has continued to shine for the Switchbacks with seven goals, five assists, and 23 chances created in attack and a 54.9% duel success rate defensively that has seen him accumulate a +5.36 Goals Added mark.

Jackson Conway, Atlanta United 2 – The 20-year-old striker has recorded six goals at a strike rate of a goal every 190.2 minutes and one assist so far this season, while producing a 72.4 percent passing accuracy rate and a +4.12 Goals Added mark.

Hadji Barry, Colorado Springs Switchbacks FC – The reigning MVP has continued to deliver in a different role this season for the Switchbacks, producing 10 goals, six assists and 31 chances created with a 78 percent passing accuracy rate and +5.73 Goals Added mark for the title contenders.

Ottar Magnus Karlsson, Oakland Roots SC – Karlsson currently leads the race for the Golden Boot with 13 goals at an average of a goal every 133.6 minutes and has recorded 57 shots and a 70.5 percent shooting accuracy rate to help Roots SC remain in playoff contention.

Preston Judd, LA Galaxy II – The second-year pro has already reached double-digit goals for a second consecutive season, scoring 11 times on a strike rate of 132.7 mins/goal while also adding three assists. Judd’s +7.01 Goals Added mark is currently the highest of any player in the league.

Leo Fernandes, Tampa Bay Rowdies – The versatile veteran has recorded a single-season career high nine goals while also adding four assists and 29 chances created, and has notched a strike rate of 149.3 mins/goal and a 67.7 percent shooting accuracy rate to sit at a team-best +5.93 Goals Added mark.

Milan Iloski, Orange County SC – The 22-year-old California native has delivered a career-best season so far with 12 goals, one assist, and 19 chances created, while posting a strike rate of 130.4 mins/goal, and a +5.50 Goals Added mark.