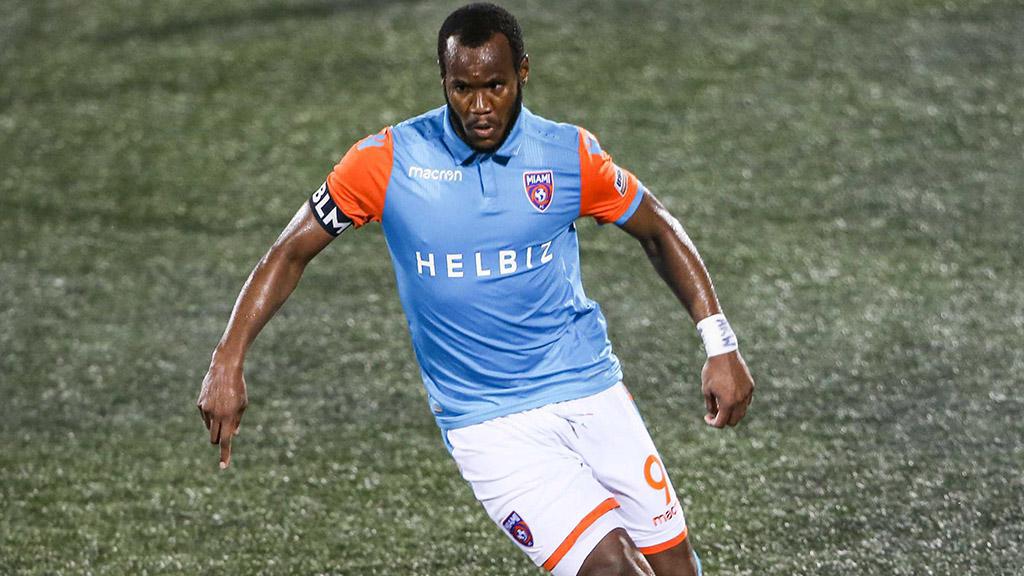 ALBUQUERQUE, N.M. – New Mexico United added another major piece to its attacking corps on Thursday with the signing of Romario Williams, signing the Jamaican international as it continues its drive toward the 2022 USL Championship Playoffs.

Williams joins United following a successful season with Qadsia FC of the Kuwait Premier League that saw him play more than 1,400 minutes and find the back of the net five times.

“Romario has the ability to score goals and create chances in a lot of different ways,” said New Mexico Head Coach and Technical Director Zach Prince. “He adds another layer in our ability to attack. Not only are we bringing in a talented player, but a phenomenal person, as well. His attacking and defensive characteristics will fit in really well with our attacking group. We are excited for Romario to be in New Mexico.”

Williams has recorded 40 goals and seven assists in 87 appearances in the USL Championship’s regular season previously in his career, averaging a goal every 143.7 minutes over that span. A standout collegiately at the University of Central Florida, the Jamaican striker was selected No. 3 overall by Club de Foot Montreal in the 2015 MLS SuperDraft. After spending his first season in Canada, Williams joined the Charleston Battery, where he played alongside Prince, and current United midfielders Justin Portillo and Mike Azira, and goalkeeper Alex Tambakis.

After scoring 25 goals over two seasons for Charleston, Williams joined Atlanta United FC in 2018, competing in both Major League Soccer and the USL Championship for Atlanta United 2, before playing one season for Columbus Crew SC. In 2020, he returned to the USL Championship and scored eight goals in just 16 matches for Miami FC, before traveling overseas where he played the 2020-2021 season for Ittihad Alexandria in Egypt and the 2021-2022 season for Qasdia FC in Kuwait.