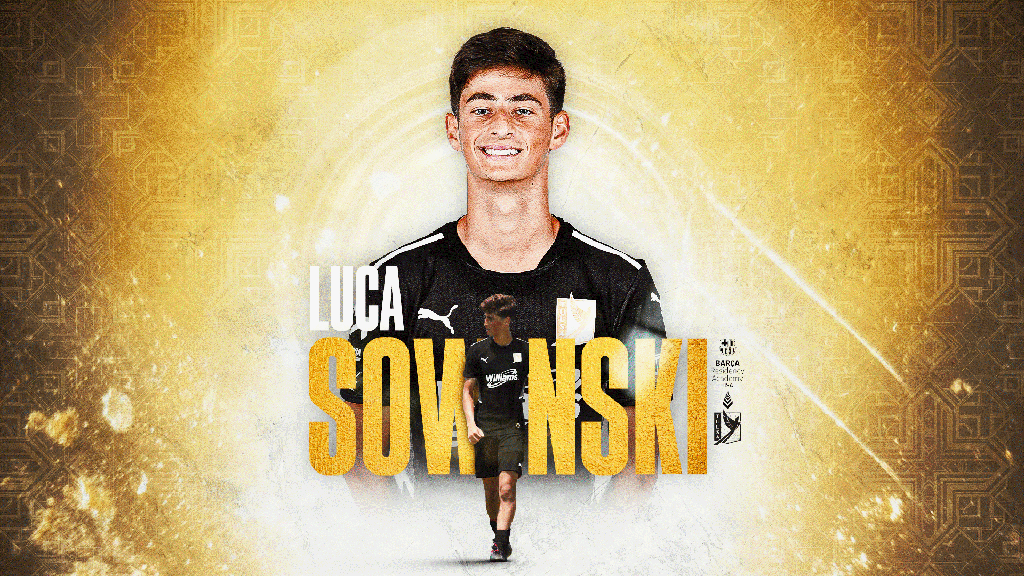 Sowinski joined the Barca Residency Academy in Casa Grande, Arizona as a 15-year-old in 2019. The California native rose through the Academy's ranks, joining the U-19 squad ahead of the 2021-2022 season. In 20 MLS Next appearances for the U-19 side, Sowinski led the side with 15 goals while also notching five assists to help lead the side to the Southwest Division title and a place in the MLS Next Playoffs.

“This is a huge moment and signing for our club,” said FC Tulsa president Sam Doerr. “We're thrilled that Luca has chosen to start his professional journey with FC Tulsa and we are confident that our environment will allow him to reach his highest potential. Our fans will love his technical ability and we look forward to seeing him in black and gold.”

Sowinski had previously committed to the University of Denver after signing an NCAA National Letter of Intent (NLI), but instead opted to sign his first professional contract with FC Tulsa.

“The vision put forth by club leadership is very exciting, the players are extremely talented, and the city is incredibly welcoming,” said Sowinski. “I can't wait to get started with this well-established club and reach new heights. I'm really looking forward to learning from such a talented group of guys. I know I'm young, but I hope to make an impact and help the team as soon as possible.”