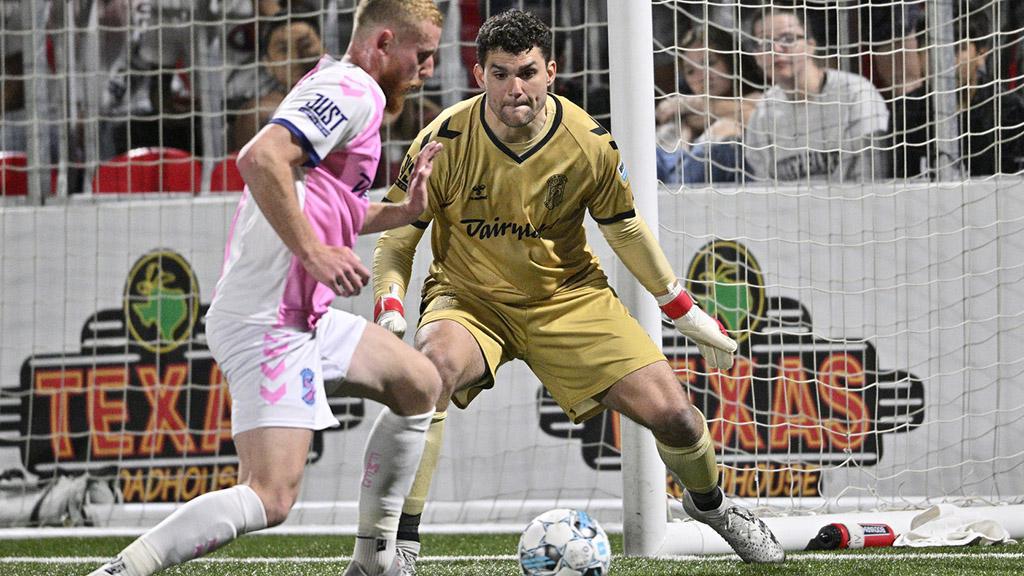 ST. PETERSBURG, Fla. – The Tampa Bay Rowdies announced on Tuesday the club had acquired goalkeeper Phil Breno on loan from USL League One club Forward Madison FC for the remainder of the 2022 USL Championship season. In a corresponding move, the Rowdies also announced the loan of Cuban goalkeeper Raiko Arozarena to Madison for the remainder of the season. Both clubs retain the right to recall the loans.

Breno joins the Rowdies having made 31 saves in 12 appearances this season, putting him tied for fifth in League One. The 26-year-old was also Madison’s regular starter in 2021, and has made 39 appearances for the Flamingos overall. Before his current stint in Madison, Breno made 13 starts in all competitions for the USL Championship’s Charleston Battery.

“We think this short-term development will help everyone in the long term,” said Rowdies Head Coach Neill Collins. “It helps that Phil Breno is able to come in. He’s played in the USL Championship. He’s played against us. So we’ve got more than able depth should we need it with him.”

Now in his second year in Tampa Bay, Arozarena has made four starts for the Rowdies in the USL Championship season this year, in addition to two starts for the club in the 2022 Lamar Hunt U.S. Open Cup. With CJ Cochran handling starting duties over the last two months during the team’s unbeaten run, Collins is keen to see Arozarena continue to receive consistent minutes in net.

“Since I’ve taken this job, [Rowdies Goalkeepers Coach] Stuart Dobson and I have always discussed how difficult it is to be a number two goalkeeper,” said Collins. “We’ve had potential in that position, but they’ve not really been able to improve because the only real way they can improve is by playing games.

“This is really the first time that we’ve really had a great opportunity to get Raiko games. That’s the only way Raiko is going to realize his potential, is by playing games. We’d obviously love to have Raiko here to compete with CJ, but we’re trying to think about the longer term, about Raiko’s development.”