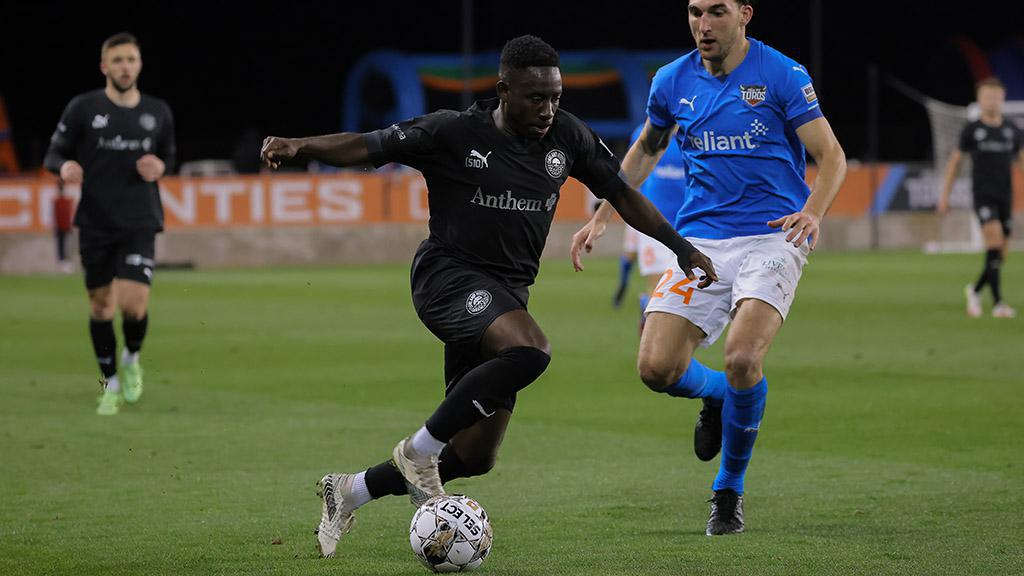 O’Connor-Ward joins the Toros having made 32 appearances for Roots SC since the start of the 2021 Championship season, during which time he helped Oakland reach the 2021 USL Championship Playoffs in its first season in the league. Ward has made 65 appearances in the Championship’s regular season and playoffs previously in his career, having also played for Loudoun United FC, Birmingham Legion FC and North Carolina FC.

The 26-year-old was previously selected 14th overall by Major League Soccer’s D.C United in the 2019 MLS SuperDraft, where he spent time on loan with Loudoun. After making nine appearances for Loudoun, O’Connor-Ward made the move midway through the 2019 season to Birmingham Legion FC, where he racked up 1,054 minutes played and two assists in 13 appearances. In 2020 he signed with North Carolina FC and appeared in 11 matches during the shortened Championship campaign. That season saw the Virginia native score his first professional goal as he notched the winner in a 1-0 victory against Memphis 901 FC.

So far this season, O’Connor-Ward has made four league appearances for Roots SC while also appearing in the 2022 Lamar Hunt U.S Open Cup.