Veteran defender has made 73 appearances in Championship’s regular season 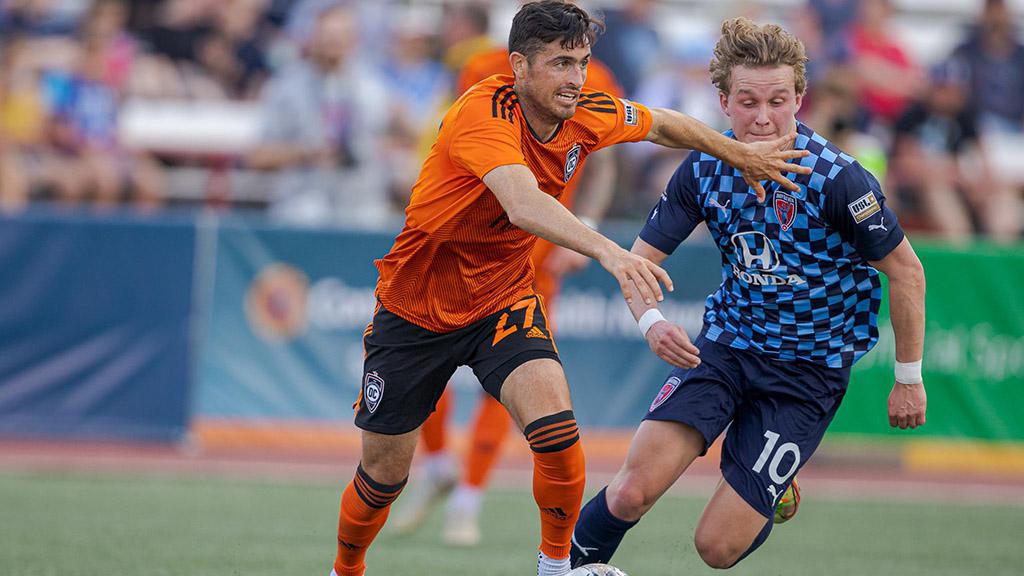 SEASIDE, Calif. – Monterey Bay F.C. announced on Friday that the club had signed USL Championship veteran defender Hunter Gorskie for the remainder of the 2022 season. Gorskie will be available for selection in the Crisp and Kelp’s contest on Saturday against Orange County SC at Championship Soccer Stadium, giving the 31-year-old a quick reunion with his last club on the field.

Gorskie is in his 10th season in the professional ranks, with the New York native having signed with the New York Cosmos in 2013 before making 47 appearances in three seasons at the club. Following a stop in Poland with club Miedz Legnica in 2016, Gorskie joined USL Championship side the Tampa Bay Rowdies in 2017 and over two seasons scored five goals in 45 matches.

Gorskie then began the 2019 season with Danish club Thisted FC before leaving to join Championship side Loudon United FC for the latter half of the season. While at Thisted FC, Gorskie played alongside new Monterey Bay teammate Chase Boone and recorded one goal in 13 appearances. Gorskie remained in the USL Championship and spent the shortened 2020 campaign with San Antonio FC before joining FC Edmonton of the Canadian Premier League last season. Now, after beginning the current season with Orange County SC, the 31-year-old joins Monterey Bay F.C. in Seaside.

“We had Hunter with us for a little bit in San Jose a few years ago now,” said Monterey Bay F.C. Sporting Director and Head Coach Frank Yallop. “He is an intelligent player and versatile defender. He will add some good experience to the group.”

While attending Stanford University from 2009-2012, Gorskie was named team captain in both his junior and senior seasons, a rare feat in Stanford soccer history. The two-time captain led the Cardinal to multiple NCAA tournament runs during his time at the University and earned All-Pac-12 and Pac-12 All-Academic First Team honors during his final season.

“I’m really excited to join Monterey Bay F.C. in their inaugural season,” said Gorskie. “There is a unique opportunity here to help lay the foundation for something that can be really special for years to come. I want to thank Coach Yallop and the rest of the organization for embracing me with open arms and I am looking forward to the journey ahead.”