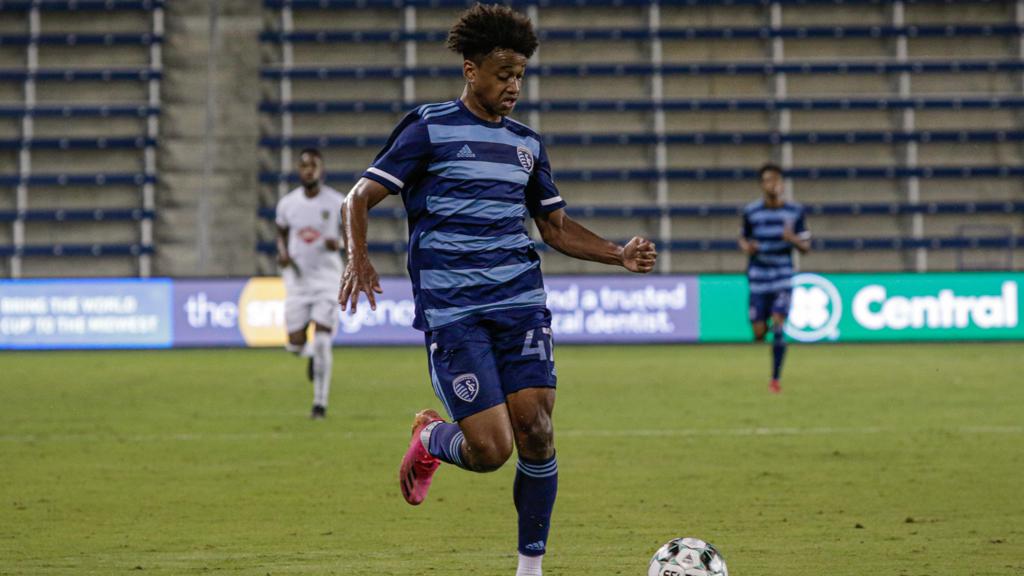 New Birmingham Legion FC signing Mataeo Bunbury has made seven prior appearances in the USL Championship, and has scored four goals in 10 appearances in MLS NEXT Pro this year. | Photo courtesy Sporting Kansas City II

“We are excited to bring in Mataeo and add a talent like him to our attacking group,” said Legion FC President & General Manager Jay Heaps. “He is a young player with great potential who has also already shown that he has the skills and ability to perform and score goals at the professional level.”

Bunbury joins Birmingham from Sporting Kansas City II, where he recorded four goals and one assist to in 10 appearances this season in MLS NEXT Pro, playing primarily as a right winger. He also made seven appearances, including one against Legion FC, last season in the USL Championship.

The 17-year-old joined the Sporting KC Academy in 2020 after two years with the Minnesota United FC Academy and a year with Minneapolis United SC. Bunbury has also registered one appearance with the Canadian National Team’s Under-20 side and spent time with the Under-14 United States Youth Team.

Upon joining SKC, Bunbury became the third member of his family to play for the organization, following his father Alex’s stint with the Kansas City Wizards from 1999-2000, and his older brother Teal, who was drafted by SKC in 2010 and then won the 2021 U.S. Open Cup and 2013 MLS Cup with the club.