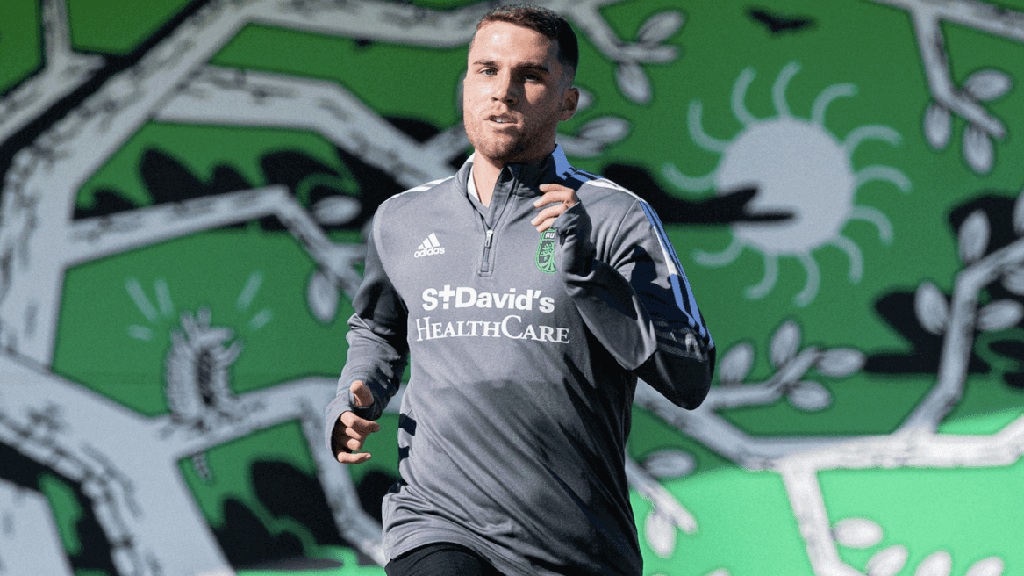 The Charleston Battery have acquired defender Charlie Asensio on loan from Austin FC for the remainder of the 2022 USL Championship season. | Photo courtesy Austin FC

The club also announced it had loaned midfielder Shak Adams to USL League One side North Carolina FC, and that Matteo Ritaccio had been recalled from his loan spell at the club by Liverpool FC.

“After a disappointing first half of the season, we look forward to seeing how players like Charlie and Alexander can infuse energy and healthy competition to our roster,” said Battery Chairman Rob Salvatore. “As opportunities to improve the roster present themselves, we will continue to act. Our fans have been incredible and continue to support the guys at Patriots Point and we owe it to them to have a strong second half.”

“We’re excited to have Asensio and Dexter join us this week,” said Battery Head Coach Conor Casey. “Charlie had a great college career at left back and he’s a player who can immediately help our defending and push competition. Dexter gives us a bit of extra depth, he has a lot of athletic ability and is good around goal, we’re hoping he gives us a nice boost over the next month.”

Asensio arrives in the Lowcountry on loan for the remainder of 2022 but is not a stranger to South Carolina. The 22-year-old defender played four seasons at Clemson University where he helped the Tigers win the 2021 NCAA Men’s Soccer National Championship, tallying an assist in the title game. Asensio was then drafted 35th overall in the 2022 MLS SuperDraft by Austin and signed by the club in February.

Asensio was an All-Atlantic Coast Conference selection in 2019 and an ACC All-Freshman Team selection in 2018. On the international stage, Asensio competed with the U.S. U-17s (six appearances) and U-19s (three appearances). He reunites with former U-19 teammate Kyle Holcomb and former Clemson teammate Daniel Kuzemka in Charleston.

Dexter joins the Battery after making three appearances previously this season for Loudoun, in which span he scored against Charleston for his first goal in the professional ranks. Before turning pro, Dexter played five seasons at the University of Pittsburgh. With the Panthers, Dexter appeared in 91 matches, tallying 22 goals and 22 assists. He finished his career second in all-time assists for the program. Alexander also earned All-ACC honors in 2020 and was named to the ACC All-Freshman Team in 2017. A native of Brooklyn, Dexter spent time with German academy FK Pirmasens prior to playing for Pitt.

“This entire organization, from the top down, relentlessly strives to be better every day, and that includes me. There was an enormous amount of change coming into this year, but it’s time for results, and we continue working every day to make that happen,” said Salvatore. “We have 17 games left and plenty of time to leave a mark on this season and build momentum for 2023 and beyond.”