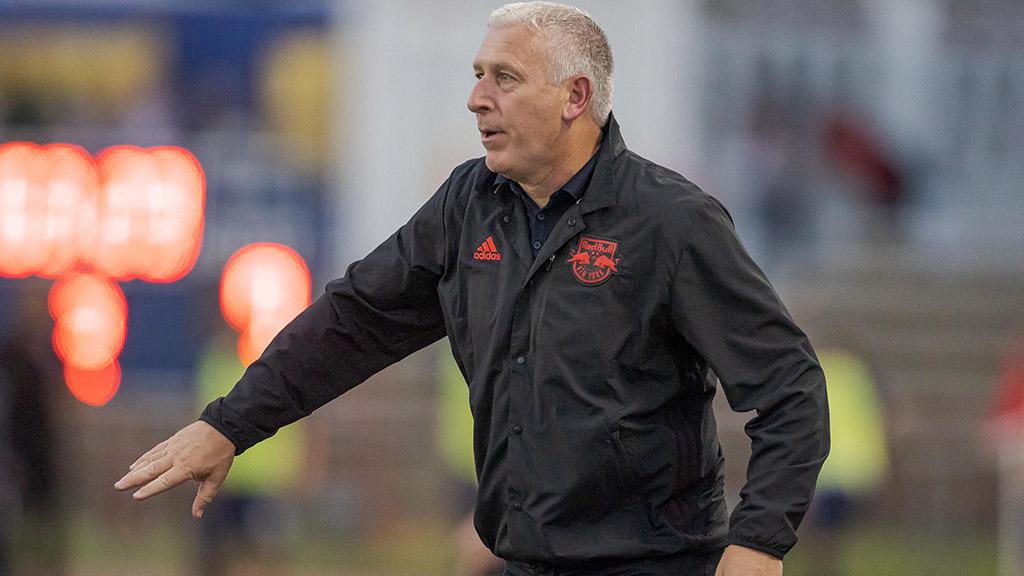 HARRISON, N.J. – The New York Red Bulls II announced on Saturday the club had parted ways with Head Coach Gary Lewis midway through his first season at the club. The move comes the day after New York suffered a 3-0 defeat to Pittsburgh Riverhounds SC at MSU Soccer Park, leaving the club with one win in 17 contests this season.

“We’d like to thank Gary for his time with the club and wish him the best in all of his future endeavors,” said Red Bulls Academy Director Sean McCafferty.

Lewis was the second head coach in Red Bulls II history, replacing John Wolyniec this offseason after the 2016 USL Championship Coach of the Year elected to move on at the end of the 2021 season. Wolyniec has since been appointed Technical Director at Major League Soccer’s San Jose Earthquakes.

The Red Bulls II won their second game of the season, but since then have gone on a 15-game winless streak, the longest in the club’s history. Lewis, who previously served as Academy Director at Seattle Sounders FC, had also brought prior experience from the Philadelphia Union while also working in the youth ranks at both Liverpool FC and Everton FC in his native Liverpool, England.