With brother on hand, Hadji Barry delivered another MVP-caliber night

This Friday night, he gave everyone a reminder of why he claimed both a season ago and did so in special circumstances.

With his brother among the crowd of 6,580 fans at Weidner Field, Barry’s two goals delivered a 3-0 victory against Sacramento Republic FC on another standout night for the veteran Guinean forward.

Barry’s first two-goal performance of the season couldn’t have arrived at a better time for the Switchbacks. Facing a Sacramento side that had won its last five games in all competitions, while having suffered defeat in consecutive league games for the first time this season itself, Colorado Springs had seen its margin to the pack chasing the top two positions in the Western Conference currently held by San Antonio FC and the Switchbacks drop to only two points. 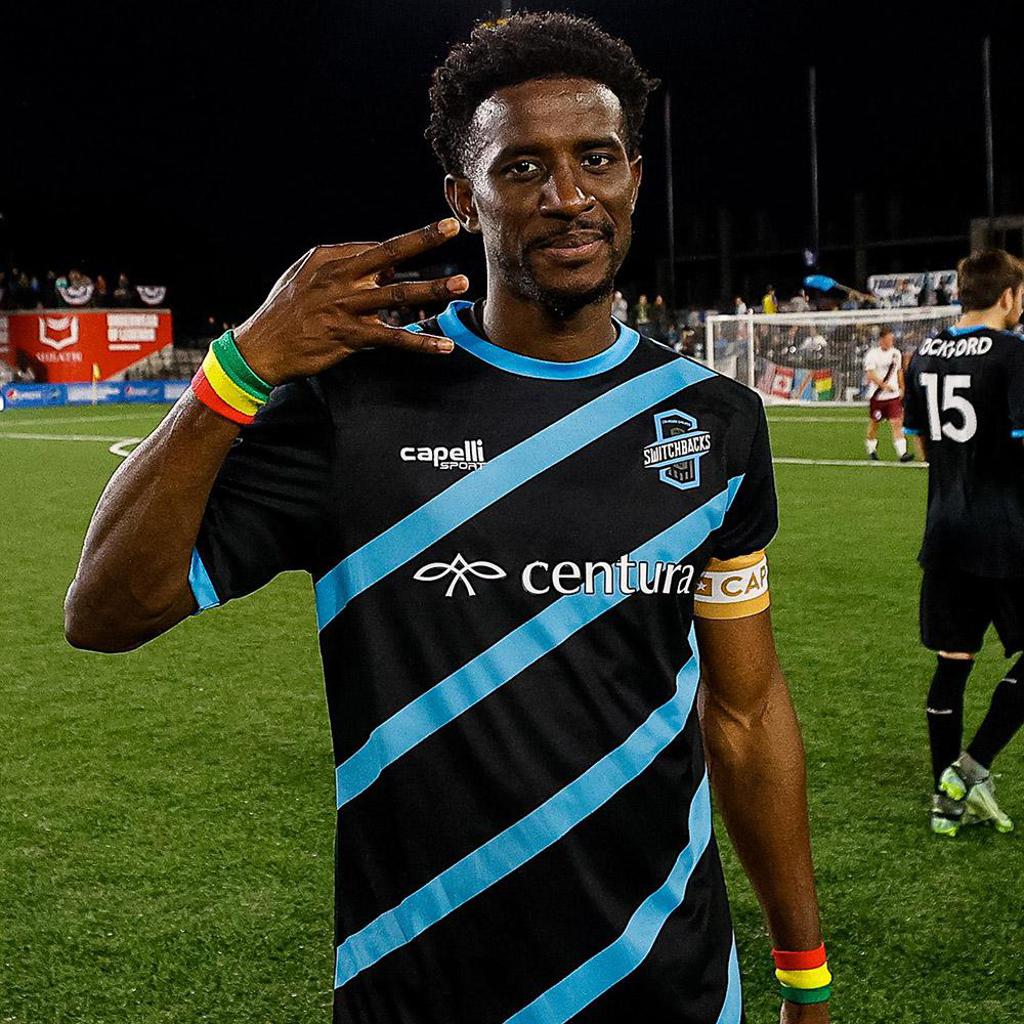 Against Republic FC, though, the side’s title capabilities were on full display. A well-taken 14th-minute goal by Elvis Amoh sent the hosts on their way as the Ghanaian took advantage of a beautiful threaded pass by Michee Ngalina to finish with a chipped shot over Republic FC’s Danny Vitiello. Then it was Barry’s turn to take center stage with a pair of precise long-range finishes either side of halftime that moved him to eight goals for the campaign, and 71 regular-season goals in the Championship for his career.

Barry now sits with a league-high 14 goal contributions this season, one ahead of Las Vegas Lights FC’s Danny Trejo, with his six assists tied for the league-lead. The 2021 MVP was joined in posting impressive displays by the likes of goalkeeper Jeff Caldwell – who notched a three-save shutout but was also alert when Sacramento’s attack delivered potentially dangerous through-balls into the penalty area to snuff out opportunities – and defender Matt Mahoney, who produced another strong display against the side he represented for two seasons before joining the Switchbacks last year.

“Obviously, there’s a lot of turnover in the USL, and not a lot of the guys that I played with are still there,” said Mahoney. “But you always love going and proving teams wrong. It is what it is, there's no love lost there. [I'm] Just glad we got the three points and the clean sheet.”

The night, however, was Barry’s. After his goalscoring exploits of a season ago, the 29-year-old has taken a different role this season while playing no less an important part in Colorado Springs’ attacking success. The side now sits on 34 goals this season, with its 10 tallies from outside the penalty area not only leading the league but twice the total of its closest rival.

As valued as Barry is within the Switchbacks’ locker room as well as on the field, Friday night was a prime exhibit of why he’s held in such high regard.

“He makes everyone feel like family,” said Switchbacks Head Coach Brendan Burke. “He’s been over here a long time on his own and he’s got some extended family here. But it’s got to be a special feeling for him and his brother [to have his brother here]. His brother will be here to see him receive the MVP award on Monday from last year and I’m happy for him.”