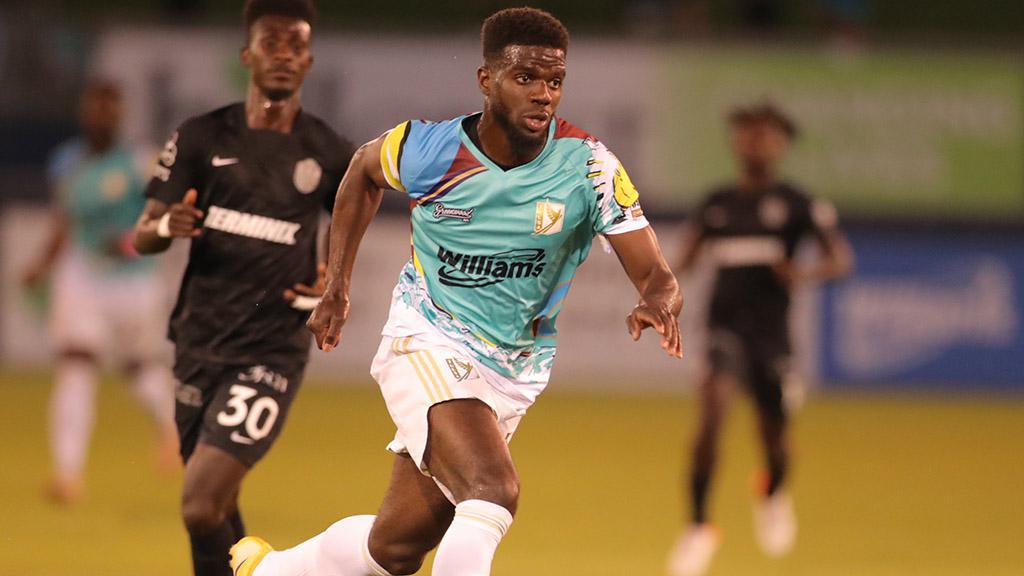 Johnson’s professional career began in 2013 when he was selected 13th overall by the Houston Dynamo in the MLS SuperDraft. In Houston, Johnson scored one goal in 21 appearances before going on loan to USL Championship club Pittsburgh Riverhounds in 2014. Ahead of the 2015 campaign, the Jamaican international signed with MLS side Chicago Fire, where he played for then-Fire manager Frank Yallop.

After scoring two goals in 20 appearances under Yallop in Chicago, Johnson spent a short stint in the USL Championship with San Antonio FC before rejoining Yallop at Phoenix Rising FC in 2017. Throughout three years in Phoenix, Johnson scored a career-high 23 goals in 71 appearances. After short spells with Championship sides Louisville City FC and Austin Bold in 2020 and 2021, Johnson finished the previous campaign with FC Tulsa and recorded three goals in 18 appearances.

“JJ was with me in Chicago and Phoenix, and we’re excited to have him here at Monterey Bay F.C. now as well,” said Yallop. “He did well in his trial period and now it's about getting him up to speed with how we play. He’ll give us another attacking option in the squad.”

While attending Virginia Commonwealth University (VCU) from 2010-2012, Johnson was named Atlantic 10’s Offensive Player and received First Team All-Atlantic 10 and NSCAA Mid-Atlantic All-Region Honors. It was also at VCU where Johnson received his first international call up with Jamaica. His international debut for Jamaica on February 11, 2010 in a friendly match against Argentina before returning for two additional friendlies in 2013. In addition, Johnson played as a member of Jamaica’s U23 team in 2011.

“I like to teach, so I hope I can help the younger guys,” said Johnson. “There is a lot of talent here in the younger guys. If you watch the games, you can see it. So apart from helping the team put some points on the board and reach our end goal for the season, I can also help these guys get better with a little information here and there.

“Frank and I have a lot of history, we’ve had a lot of good times together. He’s been a big part of my career because of the opportunities he has allowed me to have. I am really excited to rejoin him, to help the team out and try to make the playoffs as well. I will come out ready to play.”