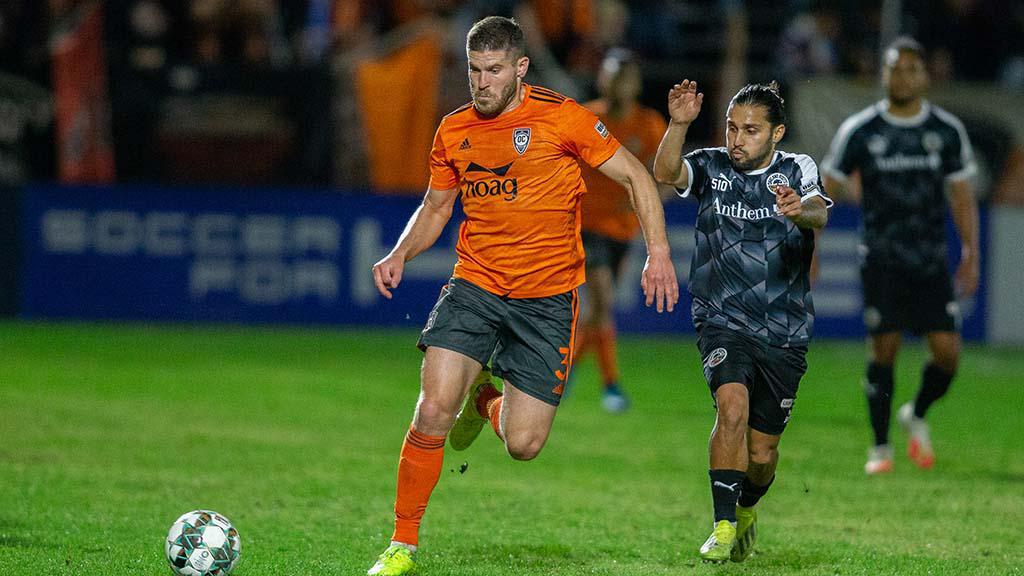 “I’m thrilled to be back in Orange County and looking forward to picking up where I left off with the squad last year,” said Powers. “I’m excited to get integrated with the group and make an impact right away.”

Having initially signed with Orange County last season from Scottish side Dundee United, Powers joined the club in mid-August and quickly became an important figure in the OCSC midfield making 18 total appearances. Much of Powers’s impact came in supporting the strongest defense in the league and his distribution of the ball to a high-powered offense.

“Dillon’s signing changed our season last year and he was a fundamental asset in our run to winning the Championship trophy,” President of Soccer Operations Oliver Wyss said. “Dillon’s exceptional quality will improve our team immediately and I am sure our fans are beyond excited to have him back in Orange County.”

Known for being a workhorse on the field, the 31-year-old played every minute of OCSC’s 2021 USL Championship Playoff run which included two matches being decided by a penalty shootout. On both occasions, Powers converted his chances from the spot to propel the club to its first Western Conference trophy. In the USL Championship Final against the Tampa Bay Rowdies, Powers commanded the midfield for the full 90 minutes enroute to OCSC lifting their first USL Cup.

Powers makes his way back to the defending champions to provide stability, experience and leadership to head coach Richard Chaplow’s midfield setup for the rest of the 2022 season. Powers will rejoin the squad before OCSC’s match against Monterey Bay F.C. on July 9 at Championship Soccer Stadium.

The Plano, Texas native was drafted 11th overall in the 2013 MLS SuperDraft by the Colorado Rapids out of the University of Notre Dame and made 146 appearances in five seasons. He won the 2013 MLS Rookie of the Year Award in his first professional season. He also played for Orlando City SC before heading to Scotland with Dundee United. He was a member of the USMNT U20 squad at the 2009 FIFA U20 World Cup in Egypt.