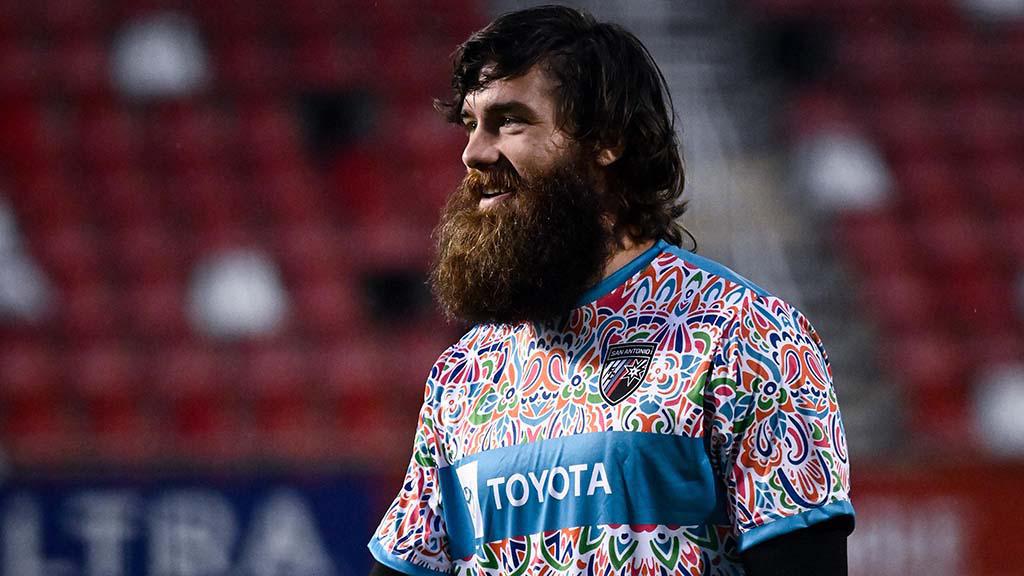 The San Antonio native retires having spent his entire career playing in his hometown, including high school and collegiate soccer in the Alamo City. Cardone has been with SAFC since the club’s inception in 2016, and will enroll in the Dedman School of Law at Southern Methodist University this fall.

“These last seven-and-a-half seasons with SAFC have been an incredible adventure,” said Cardone. “I have enjoyed every minute I’ve spent representing this club.”

Cardone attended McArthur High School in San Antonio, before staying local and earning All-America honors twice in his four years with Trinity University. Cardone started his professional career with the San Antonio Scorpions in 2015, before joining SAFC for the club’s inaugural season in 2016.

“Matt has been the bearded face of our club since its inception in 2016. His on-field accomplishments speak for themselves, and off the field there has been no more positive representative for professional soccer in San Antonio,” said San Antonio FC Managing Director Tim Holt. “While we all miss seeing him at the club every day, his legacy will last at SAFC and we eagerly anticipate the impact he will undoubtedly make in this next chapter of his bright, young career.”

Cardone is the only player to have been with the club for each season since 2016, picking up club records for appearances (109), saves (328), clean sheets (26), and minutes played (9,650). The keeper’s nine saves against Sporting Kansas City II on July 30, 2016 are still tied for the most in club history, and earned him the club’s first USL Championship Player of the Week award.

In the USL Championship’s history, Cardone ranks eighth all-time with 323 regular-season saves, while having also recorded 26 shutouts in his 108 appearances. Those marks currently place him tied for the most saves for an individual club in the Championship’s history with former Phoenix Rising FC goalkeeper Carl Woszczynski, and third in goalkeeper appearances for a single team in league history behind former Harrisburg City Islanders goalkeeper Nick Noble.

“My sincere appreciation and gratitude goes to Matt for everything he has given to football, to this club and to our city,” said SAFC Goalkeeper Coach Juan Lamadrid. “He leaves a legacy of professionalism and commitment to the generations to come. He didn’t give 100% but 200%.”

Cardone’s most prolific season with SAFC came in 2019 when he appeared in 33 matches, compiling 2,923 minutes played and seven clean sheets. He recorded 94 saves on the season to set a new SAFC record while also ranking seventh in the USL Championship. In 2021, Cardone set another club record by reaching 99 saves on the season.

“Matt is an incredible ambassador for the club who serves as a great inspiration to all young San Antonio soccer talent who aspire to play for their hometown professional club,” said SAFC Head Coach Alen Marcina. “Matt is highly regarded by his peers and has grown into a great leader, on and off the field. We are thankful to work alongside this amazing person, as his locker room presence and day-to-day interaction will be missed.”