The Western Conference’s top two are in action, including a nationally-televised clash in San Antonio 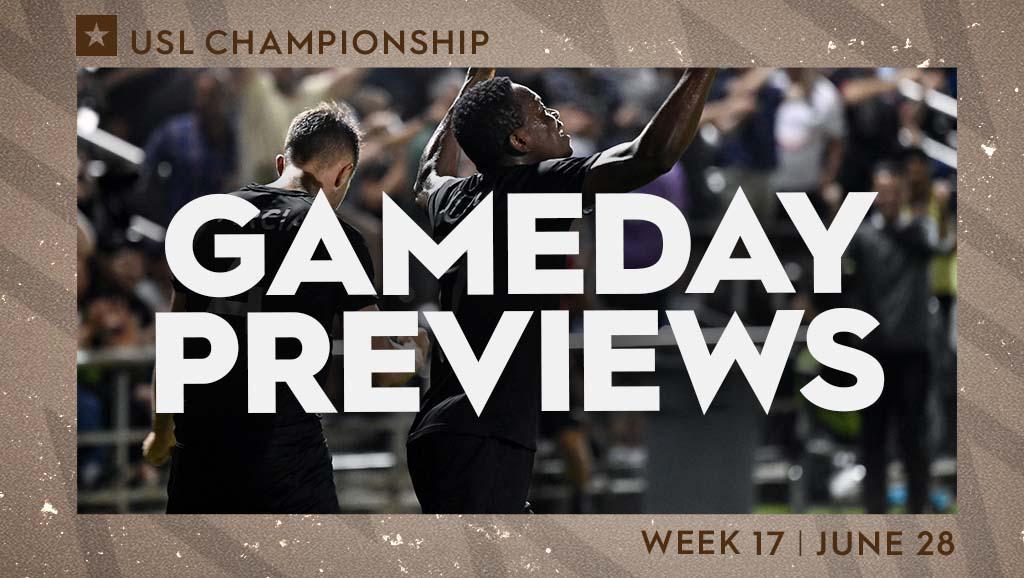 The top two teams in the Western Conference standings will be in action on Tuesday as San Antonio FC plays host to a nationally televised clash on ESPN2 after Colorado Springs Switchbacks FC heads East to start a busy week of action across the USL Championship.

The Lowdown: Colorado Springs Switchbacks FC will try to rebound from the end of a three-game winning streak as it heads to face a Hartford Athletic side that will have a new voice leading it from the sideline in the second meeting between the clubs all-time. The Switchbacks dropped into second place in the Western Conference on Friday night after a 1-0 loss to San Antonio FC that saw the game decided by an own goal early in the second half for the visitors at Weidner Field. The result was the first time the Switchbacks had been held scoreless in a league game this season, having recorded 31 goals in 13 games previously. The visitors will be hopeful of regaining their attacking form against Hartford, though, having taken a 4-2 victory when the teams met at Weidner Field a season ago in their first contest. The Athletic were also held off the scoreboard in their most recent outing, too, as Louisville City FC earned a 2-0 win at Trinity Health Stadium on Saturday afternoon to keep Hartford in 11th place in the Eastern Conference. The hosts will be led by interim Head Coach Ray Reid, who takes the reins for the first time since the resignation of former Head Coach Harry Watling following Saturday’s game, with the former University of Connecticut Head Coach having joined the Athletic earlier this year as the club’s new Technical Director.

Spotlight Players
Hartford Athletic – Andre Lewis: The Jamaican midfielder will get a chance to face his former club on Tuesday night after an offseason trade brought him to Hartford, and his play could be key to neutralizing a strong Colorado Springs midfield unit.

The Lowdown: San Antonio FC will try to add to its three-game undefeated streak and retain first place in the Western Conference as it welcomes an FC Tulsa side that has struggled on the road this season to Toyota Field for a nationally televised contest on ESPN2. San Antonio took its second win in its recent run of form with a 1-0 victory against Colorado Springs Switchbacks FC on Friday night at Weidner Field, a result that served as the side’s eighth road victory in 10 games this season. SAFC has also won three out of five outings at home this season as it begins a sequence of three consecutive games at home against Eastern Conference sides that currently sit below the playoff line. Tulsa enters in ninth place in the East as JJ Williams scored twice to break a six-game winless streak on Saturday night in a 2-1 victory against the Charleston Battery at ONEOK Field. The visitors will be looking to try and find their first road win of the season on Tuesday night, however, with Tulsa having lost seven of eight on the road, a lone point having come in a 0-0 draw against the last-placed New York Red Bulls II two weeks ago.

Spotlight Players
San Antonio FC – Mitchell Taintor: The center back has had a stellar season so far in the middle of SAFC’s three-player back line and his battle with JJ Williams should be worth watching.

FC Tulsa – Rodrigo da Costa: The attacking playmaker notched his first assist since April 9 in Saturday’s victory and has had success against San Antonio in the past with one goal and two assists in six games.