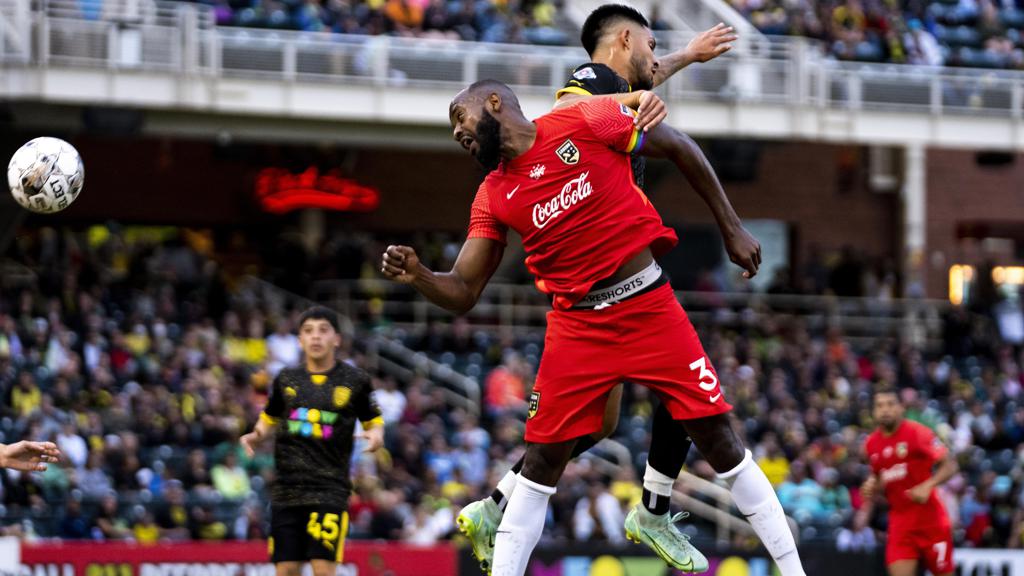 Given it had taken 522 minutes to arrive, the excitement for Juan Agudelo as he delivered his first goal from open play for new club Birmingham Legion FC was understandable.

“It felt great,” said the former United States international, “especially off a great team play. Finishing the first goal I thought was huge for the team’s confidence and chemistry, and that translated also into the second goal.”

It also translated into arguably the most complete performance – and most impressive victory – that Legion FC has delivered this season.

Facing a New Mexico United side that had won five consecutive outings – and that was backed by a USL Championship-season high crowd of 12,527 fans at Isotopes Park – Birmingham took a 2-0 victory that was decisive in its nature, earning the visitors their fourth consecutive win while signaling the club’s reemergence as a serious contender in the Eastern Conference.

Signed soon after the start of the season, Agudelo had scored once previously in Legion FC’s colors, converting from the penalty spot against Hartford Athletic on April 10. That it took two-and-a-half months for his second goal to arrive was in part a reflection on Birmingham’s overall form, with its new attacking pieces taking time to come together after the offseason departures of a trio of last season’s top five scorers in Neco Brett, JJ Williams and Junior Flemmings.

What never left, though, was the defensive foundation that allowed Birmingham to continue to pick up points, and even victories, thanks to the likes of Prosper Kasim and Anderson Asiedu. Facing Brett and his new squad for the first time in its history, Legion FC delivered its best defensive performance of the campaign, holding Brett without an official shot and limiting a New Mexico side that had scored 19 goals in its last five outings to one shot on target, and an Expected Goals mark of 0.39xG.

For Legion FC assistant coach Khano Smith, that was as much to do with the work delivered by Agudelo, Enzo Martinez and the full lineup as it was the back line, which helped move the side’s current shutout streak to 370 minutes.

“I think it’s a team effort,” said Smith. “It starts up top with Juan [Agudelo] defending, and Enzo [Martinez] and the work rate that they put in up top. The harder they work without the ball for us, the easier it becomes on the guys behind them. Everybody buying into that, and the defenders defending when they need to, you know, doing their job.

“We’ve had a good defense for a couple of years now with the same core guys, and I just think that everybody’s finding their groove.”

If Agudelo can find that same groove in front of goal alongside the veteran Martinez – who notched the second goal of the night and the 47th regular season goal of his career on Agudelo’s first assist of the campaign – it could propel Birmingham toward not only a fourth consecutive postseason berth, but the chance to make a serious challenge when it gets there.

With a visit to perennial title-contenders Louisville City FC next on the docket, Legion FC has found its direction, and maybe the centerpiece to its attack.

“I think we’ve sort of found our identity,” said Agudelo. “Who we are, understanding one another, keeping things tight, and sort of believing that if we keep the game zero to zero for as long as we can, we can always come out with three points.”