How Cassidy and Cameron Lindley forged an unbreakable bond through soccer 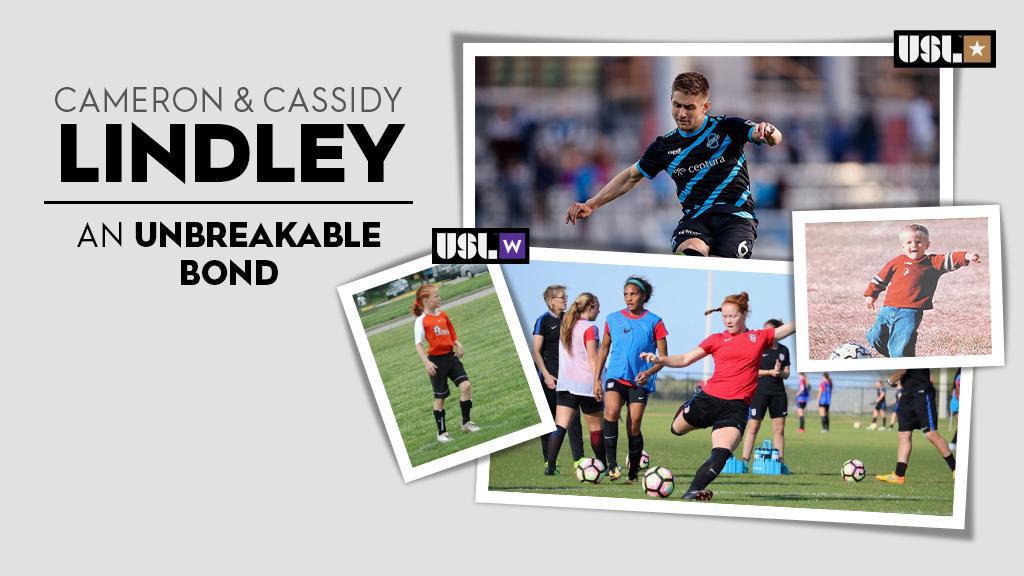 There was never a real question as to the sport Cameron and Cassidy Lindley would play as kids.

“My parents played [college soccer], and my uncle, and all my aunts. It was kind of like no option at the beginning,” said Cassidy. “My dad used to put us in one of those jumpy playpens, put a ball underneath so our feet were constantly touching the ball, getting used to the feel and everything.”

“You had no choice when you were born,” added Cameron. “You were going to play football, or you weren’t going to be part of the family.”

With that background, and the support and guidance they’ve shown each other and received from their family, it’s little surprise both have come a long way in the game. 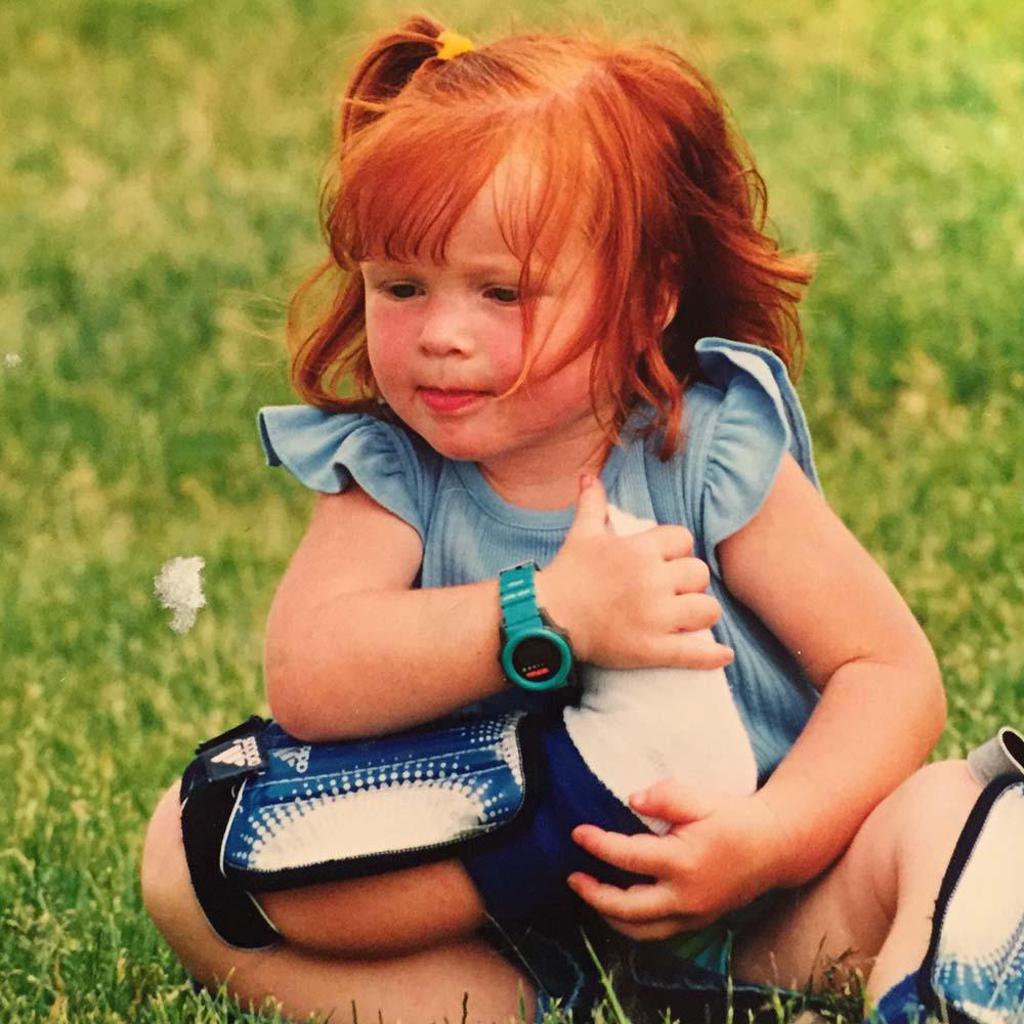 A young Cassidy Lindley stretches with shinguards on. | Photo courtesy the Lindley Family

Currently playing a key role in Colorado Springs Switchbacks FC’s success in the USL Championship, Cameron is now in his fifth season in the professional ranks, while Cassidy is competing for Indy Eleven in the USL W League this summer ahead of the upcoming season at Clemson University. That side-by-side journey as siblings created a bond that – even with the two separated by more than 1,000 miles – is as strong as it’s ever been.

“I think sometimes for siblings, it can be hard for them to find some kind of commonality other than their parents. For us, football is that,” said Cameron. “Just being able to relate about it, speak about it. She would always ask me, when she was younger, or even when she was in college. She always made sure I was at her game so I could help her with anything she wanted help on. It was great to have that common thing we could speak about, and it was nice for her to hear it from me and not one of our parents, so it was always a bond that we had, and it made our relationship stronger.”

The strength of that relationship came to the fore over the past 12 months. Not long after transferring from the University of Florida to Clemson in 2021, Cassidy suffered a torn ACL, ruling her out for the season with the Tigers that fall.

The support she received from her new teammates in South Carolina proved invaluable as she went through the day-to-day work of rehab, but Cassidy isn’t sure she would have made it if it hadn’t been for Cameron’s support from afar.

“You know, I could go cry to anybody, but if I cry to him, he’s more like, ‘suck it up, throw some dirt on it and keep going,’” said Cassidy. “A lot of times in the past year, he really started to reassure me that he's with me 100 percent on all my decisions. Whether my decision is to keep playing, pushing through this or whether my decision is to hang up boots when I'm done with college. He's been supportive and has been honestly amazing. Anytime I call him, he's willing to talk.

“He's always been the one that pulls me back up. I don't think that I would be able to be at the level I'm at right now without him.” 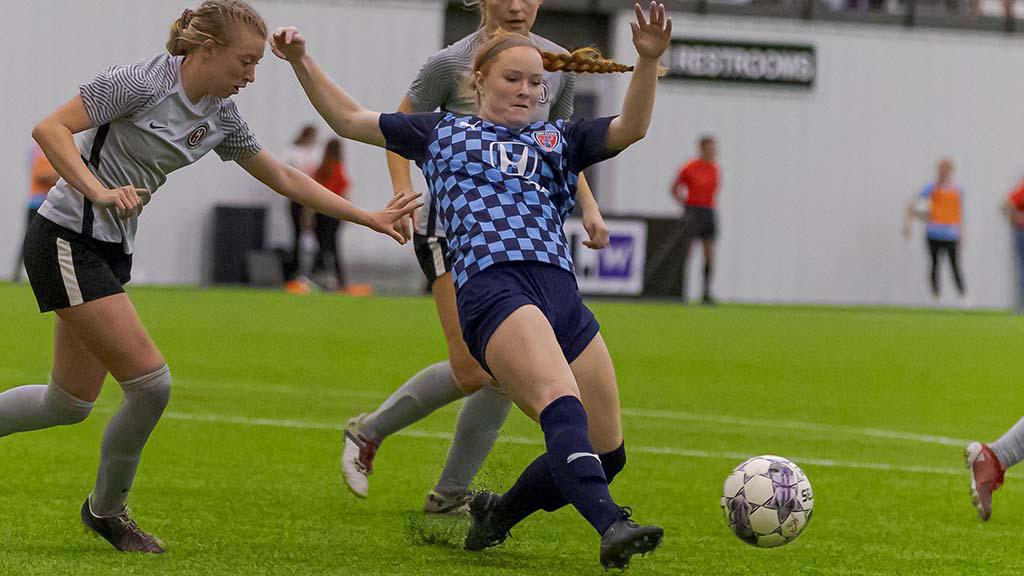 As someone who’s experienced his owns ups and downs in the game, the chance to lift his sister as she worked to return to the field was affirming in its own right.

“The toughest times in football are when you’re out of the team or your hurt,” said Cameron. “Having the support from myself and having that understanding of ‘OK, maybe I can help her like this.’ As well, there was mum and dad, or my wife, or her friends helping her in all the little ways we can and keeping her mind right. It’s nice to have that understanding – been there, done that – when she has questions. She calls me all the time asking random questions, so it’s nice to be able to have answers.” 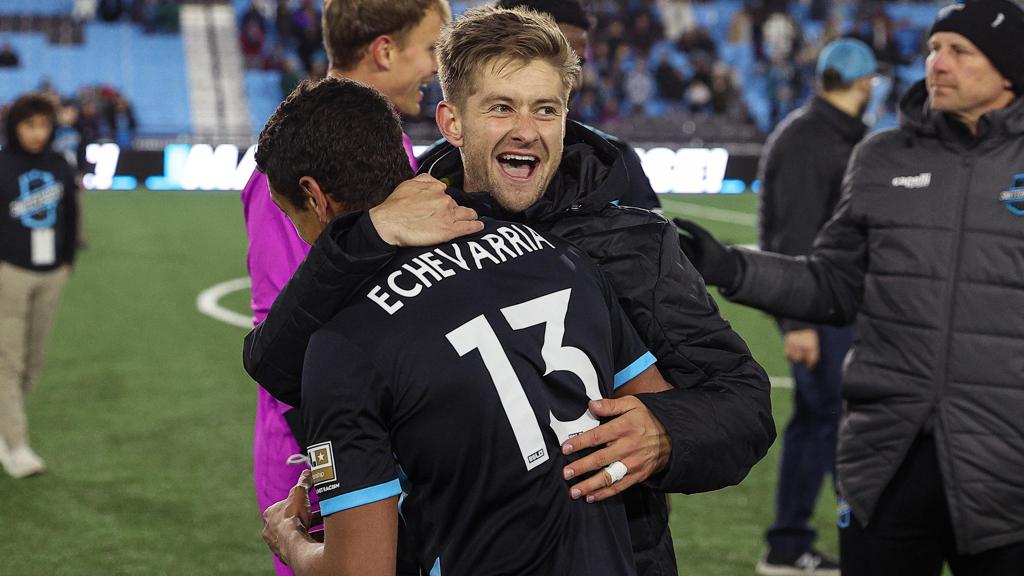 Cassidy’s return to action was a historic one. As she took the field in the W League’s inaugural game on May 6 for Indy, she and Cameron became the first sister and brother to each compete for the club at the senior level. Cameron had tuned in from Colorado Springs, enjoying the atmosphere he’d once played in front of provided by the Brickyard Battalion as Indy took a 3-1 victory.

Afterwards, of course, there was a postgame call to check in.

“First thing he said was, ‘looks like you're in a little bit of pain,’” said Cassidy. “But then he said I'm really proud of you and how far you've come. … He’s always expressed that, he said good job and I’m happy that you’re at the point you’re at. Now we just go up from here.”

Side by side as siblings, united by soccer, Cassidy and Cameron Lindley have a bond that can’t be broken.

“It means everything,” said Cameron. “She’s the only sibling I have and down the road she may be the only blood that I have. It means a lot to me. We’re able to go a decent amount of time without talking, or talk every day, and we don’t miss a beat, and that’s just a true sign that we have a good relationship, and it means the world to me.

“I wouldn’t change it for anything.”